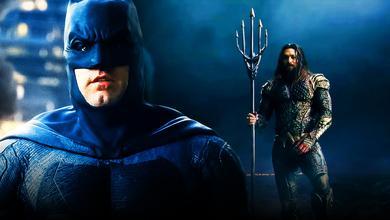 Following the disastrous release of Justice League in 2017, fans have been clamoring to see Zack Snyder's original vision for the project, which was tainted by a string of unfortunate events. Snyder's daughter tragically passed away in early 2017, prompting the director to depart from Justice League's post-production work.

Snyder was replaced with Joss Whedon, who had previously helmed the first two Avengers movies. Through re-shoots and recoloring in post-production, Whedon transformed Snyder's vision, filling it with jokes and bright colors. Naturally, this clashed substantially with Snyder's previous DCEU productions which had taken a darker, more realistic tone.

As fans are familiar with, the movie released, and it was instantly clear that it wasn't Zack Snyder's movie at all anymore, thus kick-starting the #ReleaseTheSnyderCut movement across social media.

Until very recently, this movement seemed futile as the studio was unlikely to pour more money into a movie that had already lost millions. But, along came HBO Max, and now Zack Snyder's Justice League is set to release March 18.

Snyder has already shared a lot of details regarding the changes made to the film, including an extended runtime, appearances from Jared Letos' Joker and Darkseid, and a much darker tone shown by the film's R-rating.

Now, it seems all Joss Whedon's influence has truly been swept away from the new version of Justice League...

A fan on Vero questioned Snyder on how many of Whedon's jokes have been left in the film asking "Will we see jokes like Bruce telling Arthur 'I hear you talk to fish' or have you wiped them out now?"

Snyder replied "not a lot of jokes:"

It truly seems as if Zack Snyder's Justice League is exactly what fans wanted from his Justice League team-up movie. While Snyder's original vision for the DCEU is unlikely to ever come to life, it's exciting to see a taste of what he had intended for the future of the universe.

Originally, Snyder wanted to bring the Justice League to life across a two-part movie, which was then cut down to one disastrous Joss Whedon film. It was clear from the outset that Whedon was trying to replicate the success he achieved with The Avengers by creating a light family-friendly tone.

This is something that didn't suit what had previously been shown of these characters, creating a very jarring experience following on from Batman v Superman.