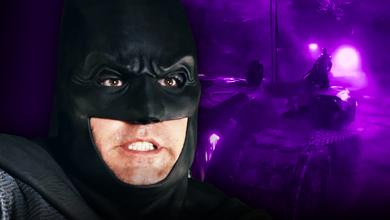 Zack Snyder's Justice League is fast approaching its March 18, 2021 release date on HBO Max, ramping up its promotion in the meantime.

A lot of buzz surrounded new images of Jared Leto's Joker, who will be making an appearance in the film with an all-new look. The Clown Prince of Crime's inclusion should also provide some insight into another of Snyder's films, explaining the relationship between the Dark Knight and his archenemy in Batman v Superman.

To celebrate the upcoming launch, and the romantic season, a new trailer is set to release on Valentine's Day. Plenty of teasers have made their way online, the first of which showed off brand new footage of Henry Cavill's Superman dressed in all black. The second teaser displayed Darkseid in all his glory, in addition to Desaad and Granny Goodness on the fiery world of Apokolips.

A new teaser has now been revealed, showing off even more footage exclusive to the Snyder cut...

Director Zack Snyder released a new teaser for his cut of Justice League on social media in anticipation of the full trailer to be released on February 14, 2021.

The teaser shows off a new militarized tank of Batman's, Wonder Woman fighting Steppenwolf, and an impressive shot of Cyborg tearing up shop.

The teaser can be viewed below:

The first new shot shows Wonder Woman facing off against Steppenwolf, as lightning encompasses the surrounding area. The extended runtime of the Snyder Cut seems to indicate that there will much more action in the new version, suggesting that all of the members of the Justice League will get their fair go at battling the metal-plated villain one-on-one.

The next scene showcases the Caped Crusader standing atop a newly-designed Bat-Tank. The Dark Knight featured a heavily armored version of the Batmobile, but this vehicle takes it to a completely different level. Batman had several vehicles in the theatrical version of Justice League, including a tank-like automobile called the Knightcrawler. It is unknown if this tank is a new design for the Knightcrawler or its own separate transport, but it should do wonders against Darkseid's forces all the same.

The last two shots showcase more of the film's action, with one scene showing a revamped version of Steppenwolf's attack on the Amazons and another of Cyborg flying past Parademons as he turns them to dust. DC fans should expect a ton of thrills in this new cut, as action sequences seem to be geting a new coat of paint to keep things fresh and exciting.