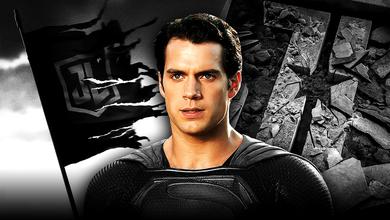 After years of the Snyder Cut fandom pushing for the release of Zack Snyder's cut of Justice League, followed by a news-filled year about what to expect in Snyder's cut when it streams on HBO Max, it's all about to come to an end.

Zack Snyder announced in a series of tweets that his cut of Justice League will be released on HBO Max on March 18; and as that highly-anticipated date approaches, fans are learning about the behind-the-scenes decisions for this project thanks in part to Sean O'Connell's upcoming book about the movement and Snyder's finally realized vision.

WHY SNYDER CHOSE CAVILL FOR MAY 20 ANNOUNCEMENT

Following continuous support from DC fans rallying behind the #ReleaseTheSnyderCut movement, the “Snyder Cut” release on HBO Max was officially announced on May 20, 2020.

In his upcoming book titled Release the Snyder Cut: The Crazy True Story Behind the Fight That Saved Zack Snyder's Justice League, Sean O'Connell talked with Zack Snyder about why he chose Henry Cavill to make the groundbreaking announcement. Snyder shared the following:

Of course, Cavill is only one of The Justice League's ensemble cast made up by Jason Momoa, Ray Fisher, Gal Gadot, Ben Affleck, and Ezra Miller. In regard to why they didn't play a role in the announcement despite their support for him, Snyder said, “I talked to Henry about it because he and I started the journey together, and this felt...it was appropriate to just have it be Henry.”

Man of Steel, starring Henry Cavill as Superman, was Snyder's first film for the DCU. And from Snyder's comments in recent months, fans know he had a much different vision for Superman's treatment in Justice League than what audiences saw on screen in 2017. Clearly, the character, as well as Cavill, is important to him.

In addition, it makes sense for Snyder to choose Cavill, the actor who had been with him on this journey from the very beginning, to announce his last project with the franchise.