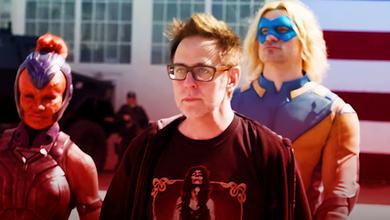 After a couple years of development, James Gunn's The Suicide Squad revealed its first bit of footage with a behind-the-scenes reel shown at DC FanDome. With all eyes on Gunn's newest group of ragtag antiheroes, fans have continued to wonder how Marvel Studios reacted to the director's jump over to DC, and James Gunn has finally provided the answer.

In one of James Gunn's Instagram posts, where the director revealed a look at the table read for The Suicide Squad, a fan took to the comments to ask Gunn "How did marvel react when you told them you were working with DC as well?"

I told Kevin Feige before I took the job and he was very cool and supportive as he always is. He just wanted me to make a good movie. He and Lou D’Esposito even came to visit the set and watched us shoot. There isn’t the enmity behind the scenes like there is in the fan community.

Looks as James Gunn's new DC directing gig was far from a controversial move in the eyes of Marvel Studios. It's nice to hear that Kevin Feige was fully supportive of Gunn's new venture, and that the studio executive wanted the same thing fans do from these films: a good movie.

It's no surprise that Marvel Studios did not hold any resentment for James Gunn taking on The Suicide Squad. Gunn has already been announced to return for Guardians of the Galaxy Vol. 3, and the director has confirmed that the film's production and release schedule has not changed in the slightest over the last year.

With all the hard work that James Gunn is putting into The Suicide Squad, and all the support he's received from the powerful minds behind Marvel Studios, there's no doubt that Gunn will be able to give fans a great DC film, and then a great Marvel film right after. And as Gunn seems to suggest, fans should be able to enjoy both. No rivalry needed.