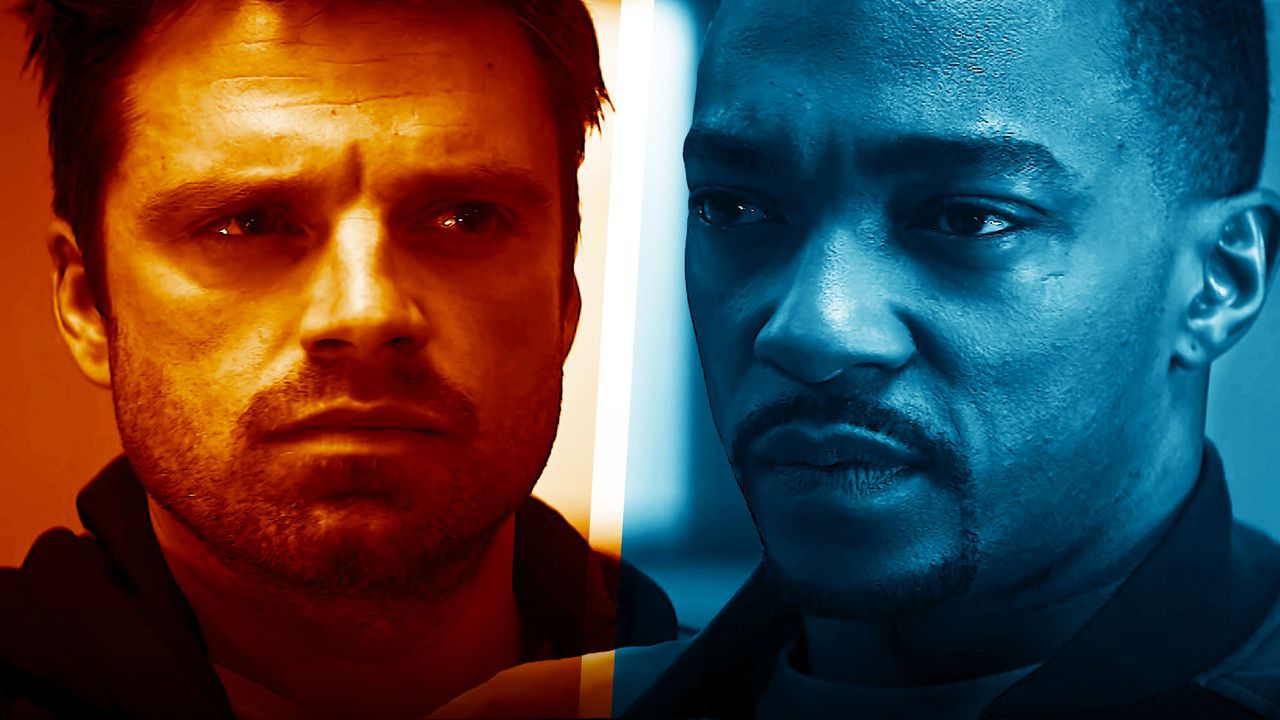 Marvel Studios' new era of storytelling on Disney+ is kicking off in crazy fashion with WandaVision, which will only be the start of the madness on Disney's streaming service. While the first series is embracing the crazy as Wanda Maximoff and Vision live in an increasingly maddening sitcom world, the MCU's second Phase 4 project will center itself firmly in the real world.

This will come in The Falcon and the Winter Soldier on Disney+, which stars Anthony Mackie and Sebastian Stan as the titular characters. The two heroes' relationship has seen a roller coaster ride since they were first introduced in Captain America: The Winter Soldier, and both of them will help continue the legacy of Captain America in a post-Avengers: Endgame world.

The crew behind this show opened up on more of the dynamic that fans will see when things start in a little over a month.

In a recent interview with Entertainment Weekly, the stars and head writer of Marvel Studios' The Falcon and the Winter Soldier expanded on some of what will come onto Disney+ screens when the series premieres in March.

Bucky Barnes actor Sebastian Stan reiterated that his character and Anthony Mackie's Falcon are reluctantly working together in this new adventure, which he described as "an odd-couple kind of back-and-forth...Like, 'I don't really like you, but I might need you.'"

According to head writer Malcolm Spellman, Stan and Mackie have "a real chemistry" on set that results in "a fire-and-ice dynamic," which seemed to help as he planned out how exactly to write the script:

"There's a real chemistry there. Imagine getting to write the first installment of a buddy-cop series, knowing exactly what the rhythm and flavor is with the two characters before you even start."

Mackie gave some details on "the feeling of security and espionage" that should fill much of the plot of The Falcon and the Winter Soldier. However, being the jokester he is, the star confirmed that hilarity will also ensue with him and Stan getting to let loose and be themselves:

"We didn't lose that feeling of security and espionage. It still feels like you're in a Philip K. Dick novel [or] a Tom Clancy movie. But at the same time, it's Sebastian and I, and we're idiots, so you get more of us being ourselves."

Marvel Studios has promoted this show as a full-fledged MCU movie separated into six unique episodes, following the unlikely duo on a whirlwind world tour. Described as having a similar vibe to the Lethal Weapon from the 1980s and '90s, it's becoming clear The Falcon and the Winter Soldier won't always be roses and sunshine when it comes to Sam and Bucky's relationship. The epic staring contest at the end of the Super Bowl trailer proves this even further.

When push comes to shove, however, Captain America's two closest allies seem as though they will find a way to put aside their differences and save the world from danger once again. Thankfully, with the amazing chemistry that Mackie and Stan have showed together for the past seven years on screen, it should be an intensely entertaining journey through their ups and downs.

The recent Super Bowl trailer hinted at the "security and espionage" dynamics that the show will tackle head on, which seems appropriate considering the history of both Sam Wilson and Bucky Barnes. In a post-Endgame universe where the Sokovia Accords and The Blip are still at the forefront of the public's minds, their mission will be filled with intrigue and mystery from start to finish.

The Falcon and the Winter Soldier premieres on Disney+ on March 19, 2021.