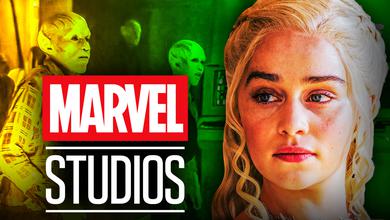 Marvel Studios’ 2022 slate is jam-packed with a handful of both new movies and TV shows, and starring in many of these projects will be Hollywood notables that will be MCU newbies. These come on top of the iconic storylines that will come to life through the course of Phase 4, such as the Disney+ Secret Invasion series.

Samuel L. Jackson and Ben Mendelsohn will lead the way as Nick Fury and Talos in a story that will have fans questioning everything that’s come before it thanks to the Skrulls’ presence on Earth. Currently, those are the only two characters whose roles are confirmed, although they will be joined by stars like Olivia Colman and Christopher McDonald.

While the latest release on this show doesn’t reveal any plot details, it does include one of the show’s biggest stars revealing why she decided to join the MCU.

New MCU star Emilia Clarke spoke to Comicbook.com about her reasoning for why she signed onto the upcoming Disney+ Secret Invasion series to become a part of the Marvel Cinematic Universe.

The former Game of Thrones standout praised Marvel Studios for being "so on the cutting edge" of the game, describing them as "the Apple of this world." She admitted that being "part of that family" is somewhat akin to being "in the cool kid crowd," saying that the people developing the show "are what pushed [her] over the line to really wanting to do it:"

"I just think what they're doing right now is so exciting and so cool, and so on the cutting edge of it. I feel like they're like the Apple of this world... To be part of that family feels like, 'Oh my god, I'm in the cool kid crowd. That's so cool.' Honestly speaking, the people that are making this are what pushed me over the line to really wanting to do it. I just think that everyone's heart and heads are in the right place with this one."

Clarke looked back to her childhood and reminisced on how "Spider-Man was the first origin story" she could remember loving as a kid. Those comics opened up "a bigger world" in her mind, and now, she seems ecstatic "being allowed into that" with the MCU:

"I grew up reading fantasy fiction, so I know that's not the same as the actual comic book itself, but that was where my imagination lived... And so, then reading about superheroes for the first time, I'm pretty sure it was Superman that was my first ever. And Spider-Man, I kind of thought he was pretty cool. Spider-Man was the first origin story that I remember as a child reading and being like, 'Oh wow, this is more than what's on the page. This is a bigger world,' and then being allowed into that."

As she's gone deeper into the acting profession, her real understanding of "the scope of this world happened when [she] started doing comic cons" and embracing the massive fandom:

"My true understanding of the scope of this world happened when I started doing comic cons. That's when I was like, 'Oh, my God, where have you all been? This is madness.' There's so much. There's so much there. And then obviously, now the rise of the blockbuster movie, specifically only being comics. That's what the entire space encompasses. No longer have you got the blockbuster movie with all of the movie stars in it. You now have the movie star as the IP. The movie star is the thing."

Marvel is known for getting their hands on stars as big as Emilia Clarke, who became a worldwide sensation as Daenerys Targaryen in the wildly popular Game of Thrones. Even considering her status as a pop culture phenomenon, it’s quite exciting to hear that joining the Marvel Cinematic Universe made her feel like she was in “the cool kid crowd.”

While she doesn’t reveal any details of what she’s doing or who she'll be playing in Secret Invasion, she puts her comic book acumen on display referencing the Superman and Spider-Man stories she embraced when she was growing up. It’s clear that Clarke is very familiar with the world she is entering, and she should be able to have a smooth transition into the vast world of comic book movies.

With filming starting for Secret Invasion later this year, one of the most highly-anticipated news releases will come when fans find out exactly who Clarke is playing and how long she is sticking around. Regardless of those answers, having an actress of her caliber can only mean good things for arguably the MCU’s most-stacked cast in an upcoming Disney+ event series.

Secret Invasion is set to debut on Disney+ in 2022.