Now that Season 1 of Andor is drawing to a close, fans of that galaxy far, far away are anticipating the return of Lucasfilm's original Disney+ series, The Mandalorian.

Set to release in February of 2023, Season 3 is expected to show Mando coming to terms with "all the decisions" he's made since Baby Yoda/Grogu came into his care.

When the show's sophomore season concluded in 2020, audiences were left to wonder whether Baby Yoda would stay with Luke Skywalker or return to Mando, a question that The Book of Boba Fett answered earlier this year.

Now, it appears Star Wars fans won't have to until early 2023 for their own reunion with Baby Yoda.

To celebrate the streamer's third anniversary and The Mandalorian's 2019 debut, Disney+ has announced a new original Star Wars short from Studio Ghibli that is coming to Disney+ on November 12.

Titled "Zen - Grogu and Dust Bunnies," the hand-drawn short is directed by Katsuya Kondo with music by Ludwig Göransson.

The short's poster can be seen below: 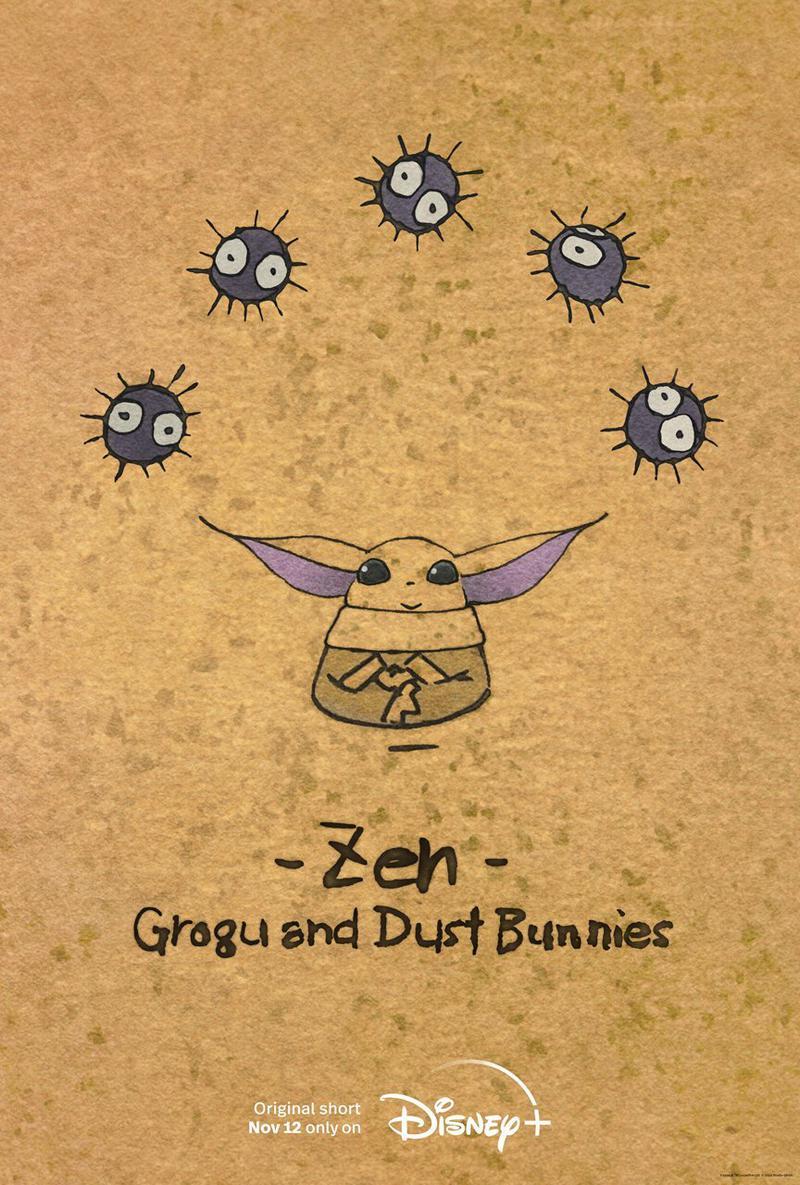 This news follows a collaboration announcement from both Lucasfilm and Studio Ghibli, the latter of which is known for its animated features such as My Neighbor Totoro and Spirited Away.

Since Season 1 of The Mandalorian debuted with Disney+ back in 2019, it's only fitting for the streamer to commemorate its anniversary with the Star Wars series' star character.

However, while Lucasfilm is known to be a champion for animated storytelling, and for its anime-style series Visions, a collaboration with the acclaimed Studio Ghibli is new territory.

Perhaps "Zen - Grogu and Dust Bunnies" is only the beginning of future shorts - or even features - to come?

As for the short itself, Studio Ghibli's interpretation of Grogu/Baby Yoda is sure to be a hit with fans, as is Ludwig Göransson's involvement.

It will be interesting to see if his now-iconic Mandalorian themes will be reimagined for the short and if the events of "Grogu and Dust Bunnies" will have any connection to what awaits in Season 3.

Season 3 of The Mandalorian arrives on Disney+ in February 2023.