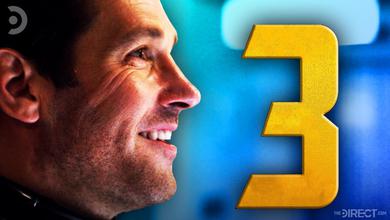 On top of the sixteen confirmed projects for the Marvel Cinematic Universe's Phase 4 coming by 2022, there are still a handful of movies and shows that are much earlier along in the development process. Some of these include new characters previously owned by Fox Studios, Mahershala Ali’s Blade reboot, and a couple of continuing stories from established MCU franchises.

One of the continuing stories whose future is still up in the air is that of the MCU’s tiniest hero: Ant-Man. After two solo movies, an appearance in Captain America: Civil War, and a key role in Avengers: Endgame, Paul Rudd will be one of the next stars to complete his own trilogy in the mega-franchise. While the next film is still a long way out, its director just shared a quick update about its progress.

In a new release on Twitter, Ant-Man trilogy director Peyton Reed spoke to a fan who asked how preparation was going for his third solo film in the MCU. Although no new information was revealed, Reed responded with a quick and simple answer:

The untitled third Ant-Man movie is still at least two years away in Marvel Studios’ release schedule, if not longer, so Reed and his crew are still likely in the earliest stages of preparation. All that considered, it’s great to see that things are still seemingly on track for pre-production and getting the movie set up and ready to go.

Reed is joining both James Gunn (Guardians of the Galaxy) and Jon Watts (Spider-Man) as the only directors to have their own trilogy all to themselves, and he seems to be excited already to complete his saga within the MCU. Paul Rudd, Evangeline Lily, and Michael Douglas are all set to return for the next film, although no plot details are known and no other characters have been cast as of yet.

Ant-Man 3 is looking to start production in early 2021, and there is no set date yet for the movie's theatrical release.