DC Comics has created some of the most iconic fictional locations in history, and it’s no secret that DC’s widely-celebrated appeal has a lot to do with their skillful knack at worldbuilding. By crafting a world that feels so different, yet just as real as our own, the famed comic book company has been able to keep fans coming back for over eighty years.

As DC transitioned into bringing their heroes to the big screen, just as much attention had to be given towards accurately adapting the world as well as the character. After 1978's Superman sparked a golden age of superhero films, fans have since been treated with various stylized adaptations of DC’s most notable fictional locations, such as Tim Burton’s Gotham City, Patty Jenkins’ Themyscira, and James Wan’s Atlantis.

After the release of Man of Steel in 2013, Warner Brothers moved forward with attempts to construct a shared universe of films that would give moviegoers the same expansive world comic book fans have enjoyed for decades. Even though the DCEU is now seven years into their (loosely) connected cinematic universe, there are still so many popular facets of DC lore that the films haven't even touched. Most of these places are long overdue for their cinematic debuts, and that's why we here at The Direct have decided to compile a list of 7 iconic sites and locations from DC Comics that deserve a share of the big screen.

The Hall of Justice 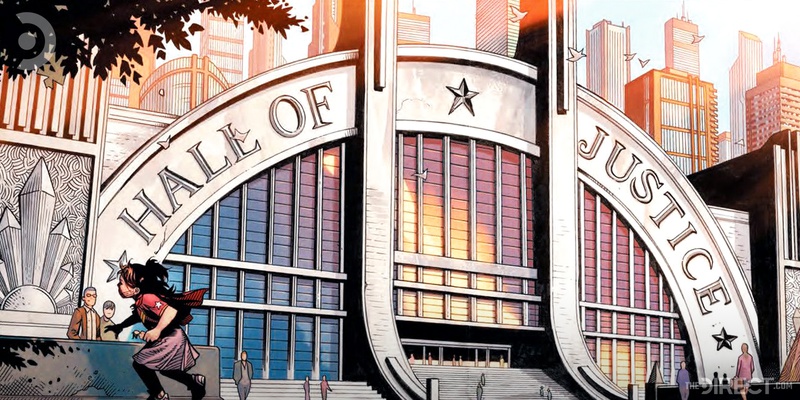 Taking inspiration from a real-life museum in Cincinnati, the Hall of Justice debuted in the 1970s animated series Super Friends . The site then began to sparsely appear in the comics, and it was finally folded into official DC continuity in 2007. Though not having a long history in comic book canon, the powerfully designed Justice League headquarters has since become an iconic staple of the team’s mythos.

During the development of Justice League , there were many rumors and speculations about the inclusion of the Hall of Justice in DC's first JLA film adaptation. Unfortunately, the actual film only ended up teasing a possible Hall of Justice in development. During a scene in which Bruce Wayne, Alfred Pennyworth, and Diana Prince discuss the reconstruction plans for Wayne Manor, Bruce envisions a "big round table" and "six chairs" in the middle of the room, with Diana adding "But room for more."

A few storyboards from Zack Snyder’s cut of the film later revealed another deleted dystopian Knightmare sequence in which a circular fragment of the Justice League’s headquarters laid in a rubble of destruction, undoubtedly originating from a Hall of Justice type location that existed at some point in the DCEU team’s future. Seeing as the Snyder-cut of Justice League has since been confirmed to be in development for HBO Max, fans might be getting that live action Hall of Justice very soon. 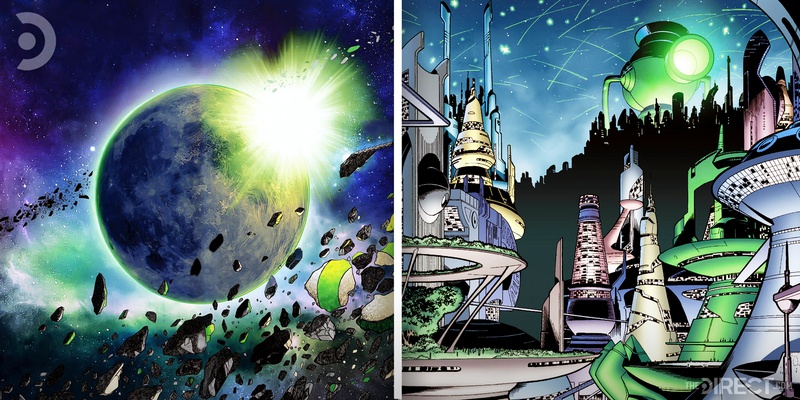 Home to the ancient Guardians of the Universe, Oa is the extravagant central base of operations for one of the most powerful protective groups in the DC universe: the Green Lantern Corps. Though the 2011 Green Lantern film did showcase a live action Oa, after the critical and financial failure of the film, Warner Brothers quickly distanced themselves from the world of that movie.

Any iteration of sector 2814’s Green Lantern has yet to appear in the DCEU (though there was a quick cameo from an ancient Green Lantern in Justice League ), but rumors and cryptic hints from Zack Snyder have revealed that elements of the character were actually supposed to have a larger role in his cut of the 2017 team-up film. There was even a popular rumor from a supposed VFX artist on the film that stated there was a planned post-credits scene featuring famed Green Lantern members Kilowag and Tomar-Re visiting Bruce Wayne.

Warner Brothers has been distancing themselves from anything that has to do with the Emerald Knight since their first attempt at adapting his intergalactic world, but plans for the iconic superhero are now full underway. With a recently announced Green Lantern show in development for HBO Max, and a Green Lantern Corps film that is ( hopefully ) still in development, there's no doubt that a DCEU version of Oa will soon see the light of brightest day. 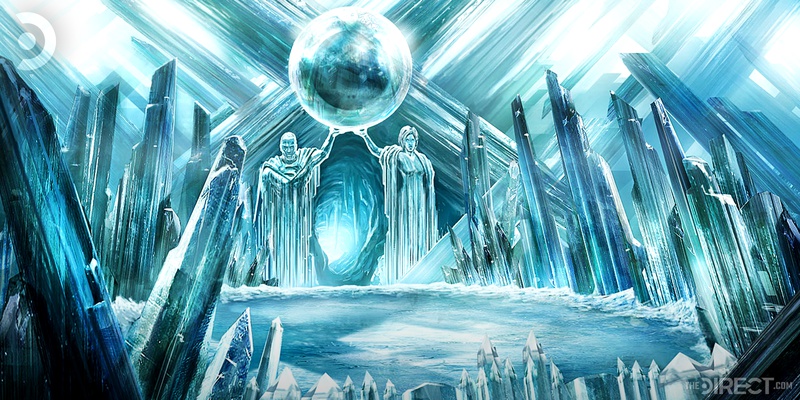 Superman’s Fortress of Solitude is one of the most iconic comic book superhero headquarters in history, second only to the Batcave. A giant, crystal castle isolated in the middle of the Arctic, the Fortress is meant to be a magnificent yet comforting reminder of Krypton for the Man of Steel. While the general façade has remained the same, the interior’s contents and style has varied through the decades, as different comic book creators have gotten the opportunity to put their own unique spin on Superman’s HQ.

The Fortress is one of the most iconic features of Superman’s mythology, which makes it all the more surprising that the DCEU has yet to introduce a proper version of the awe-inspiring palace. Man of Steel did have a Snyder-esque adaptation of the Fortress, using an ancient Kryptonian scouting ship as the hero’s lonesome base of operations, but it was quickly stolen by Zod and crashed in the middle of Metropolis to be taken under U.S. government control.

During a recent Batman v. Superman live rewatch, Zack Snyder told fans that he believes the Fortress of Solitude to be more of an internal, emotional location for Clark, as opposed to a physical, external one like in the comics. With Henry Cavill in talks to play the Man of Steel for more DC films, here’s hoping the DCEU will soon feature the comic-accurate Fortress of Solitude that fans have long been yearning for, Giant golden key and all. 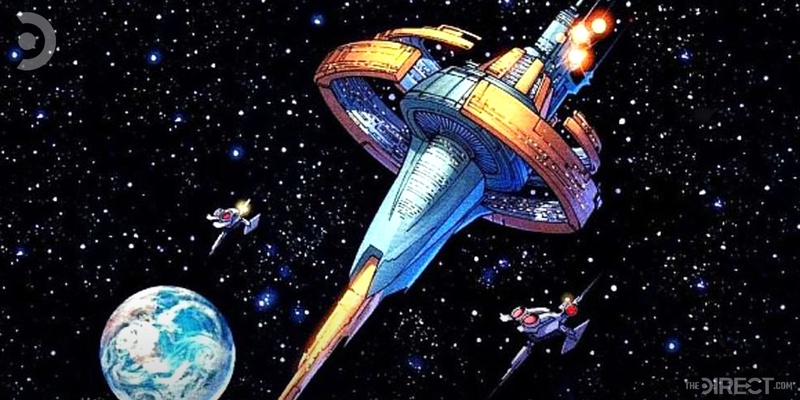 The facility is intricately designed and has areas specific to members of the team, including water tanks and Greek themed quarters. In the comics, Martian Manhunter is usually the keeper of the Watchtower, spending most of his time in the cosmic base and using his expertise to navigate the mostly Martian-made technology. The headquarters has been featured in numerous iconic Justice League events, and as the DCEU slowly begins to rebuild their catalogue of characters, a future team-up would be the perfect place to debut the magnificent structure.

There were rumors floating around that the Watchtower was going to appear in the live-action Justice League film. Jason Momoa, while training for his Aquaman role back in 2016, posted a workout photo on Instagram with the caption “getting ready for the castle. Watchtower.” Though that tease never led to anything in the final film, many have speculated that Zack Snyder’s initial plans for Justice League 2 involved some version of the outer space HQ. Snyder has since teased scrapped plans for Martian Manhunter's Justice League debut, so perhaps his cut of the film will feature a nod to the iconic space station that the hero will eventually guard. 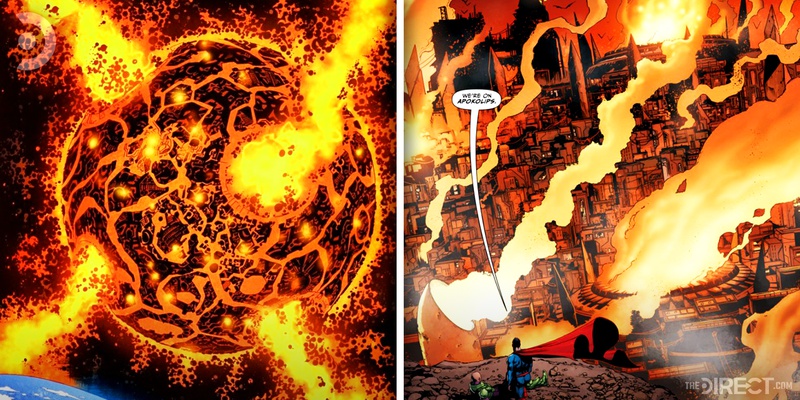 A fire-breathing planet ruled by the evil despot Darkseid, Apokolips represents one of the biggest threats in the DC universe. First appearing in 1971, the burning hellscape has had a major hand in many of DC’s world-threatening events. The Justice League and other heroes are seemingly constantly at battle with the murderous tyrant Darkseid and the various parademons, furies, and other creatures that hail from the apocalyptic planet.

It’s no secret that Darkseid was always meant to appear in the DCEU, as Zack Snyder’s initial plans for his Justice League films were building towards a sequel that would bring the JLA face-to-face with the Dark God himself. Storyboards and deleted concepts also revealed that Darkseid would have actually debuted in Zack Snyder’s cut of Justice League , and after the Snyder Cut was confirmed to be in production, the director shared a menacing photo of the iconic DC villain with the caption “He's coming..."

A New Gods film has also been in development for years now with Ava Duverney at the helm. Though not many details about the story are known, Ava Duverney has confirmed that Darkseid and the Female Furies will be villains in the film. So with The New Gods , the Snyder Cut of Justice League , and the other cosmic related properties in development, it's safe to say that Apokolips is definitely on its way. 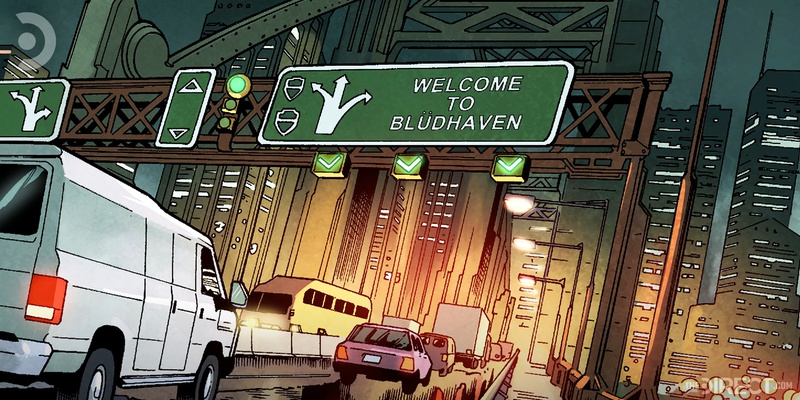 Gotham City is well-known as one of the most crime-ridden, corrupt cities in the DC universe, which makes it the perfect place for a hero like Batman to focus his fight against injustice. What many might not know is that there exists an even worse version of the city just south of Gotham. The home of Batman’s former partner in crime, Nightwing. Blüdhaven.

Established by DC comics in 1996, Blüdhaven has become a regular location for Batman’s former proteges. Once Nightwing first decided to go solo and fight crime on his own, he started tracking down a criminal mastermind known as Blockbuster. His efforts brought him to Gotham’s sister city Blüdhaven, a former whaling town devastated by a corrupt local political system. There, Nightwing defeated Blockbuster, exposed the city’s hidden evils, and set up his new headquarters.

Batgirl and the third Robin, Timothy Drake, have also moved out to Blüdhaven at one point in time. The city was completely destroyed by the supervillain Chemo in the Infinite Crisis series, and in Final Crisis it was even used as a base of operations by Darkseid. The DCEU has yet to introduce any versions of Robin or Nightwing (aside from the damaged Robin suit in Batman v. Superman ), but if Dick Grayson is living anywhere out there, it’s most definitely in Blüdhaven. 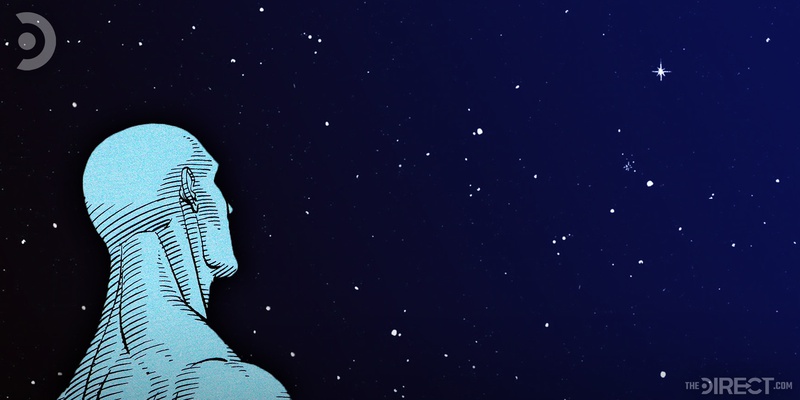 Alright, while it may be cheap to group the entirety of outer space as one location, it should still be noted that DC films haven't spent nearly enough time in the expansive universe that exists outside of Earth’s atmosphere. Even though most of DC's heroes fight to protect the planet Earth, the cosmos provides far too many characters and villainous threats for it to be ignored by the DCEU. Man of Steel and Justice League showcased just a few examples of alien species and planets, but as avid fans of the comics know, there is so much more out there.

The DC films aren't inhabited by as many extraterrestrials as their comic book predecessors. Superman seems to be the only alien confirmed to be living on Earth so far (until the Snyder Cut that is), but as the DCEU expands and adds more iconic characters to its film slate, the film's fictional universe will only get wider. Characters such as Martian Manhunter, Brainiac, and Hawkman and Hawkwoman are long overdue in the DCEU, and with projects such as Lobo , New Gods , and Supergirl confirmed or rumored to be in development, there's no doubt the cosmic realm of DC will get a lot more focus in the future.