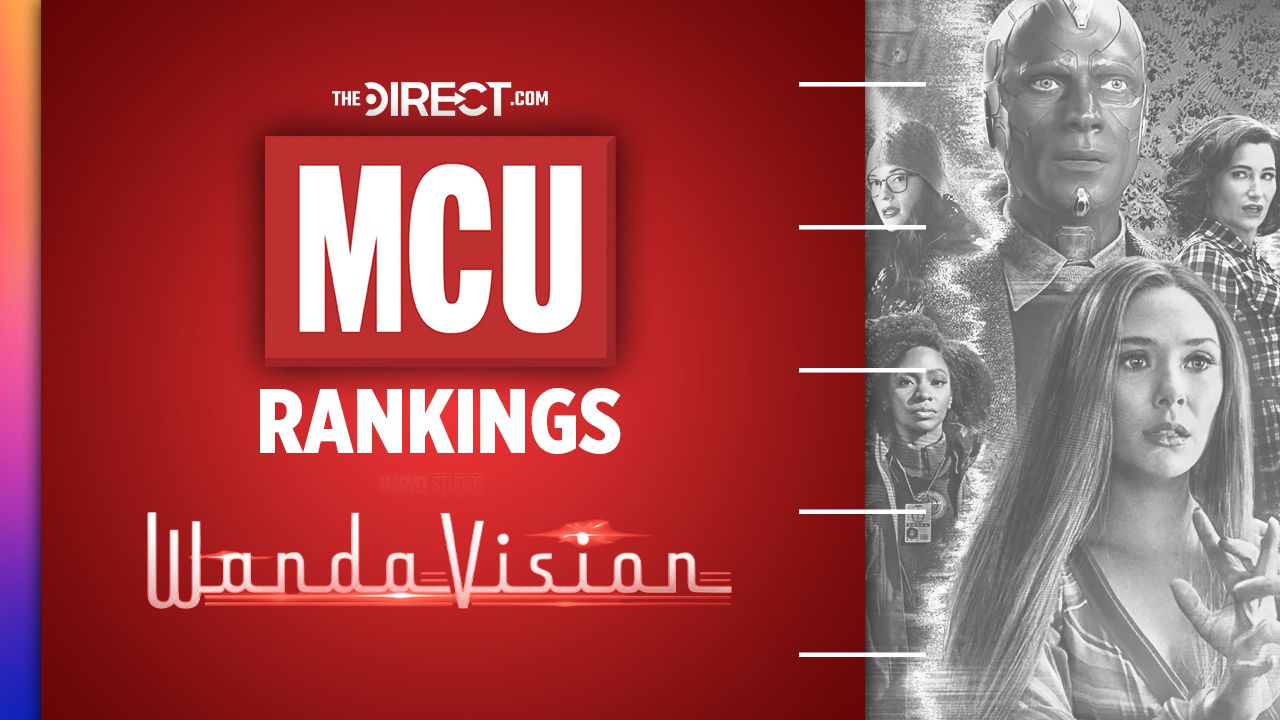 Warning: This article contains spoilers for the season finale of WandaVision.

The ball is officially rolling on Phase 4 of the Marvel Cinematic Universe and the Post Infinity Saga Era has begun. With the series finale of WandaVision in the books, we now have our first full look at new Marvel content. After two months of cliffhangers, emotional moments, trending conversation and mixed feelings on the finale, the overall consensus on WandaVision is that this was pretty great.

While there is a lot to chew on after nine episodes of mystery, writers at The Direct understand that there is no time to waste in placing this within the ranks of the MCU. With over 20 writers weighing in, WandaVision has been added to The Direct’s official MCU Rankings. Where did the first of a new generation of Marvel projects land amongst the legends of The Infinity Saga?

When the calendar turned over to 2021 and WandaVision was on the horizon, TheDirect.com put our heads together and ranked the 23 films in the Marvel Cinematic Universe. And after a few new voters and a lot of tough decisions, here is where the list stands.

After two months of Friday’s being a weekly Christmas for Marvel fans, WandaVision has become an instant classic in the eyes of many. Through the weirdest concept yet, unprecedented character development, and some of the best acting the MCU has ever seen, fans were kept on the edge of their couch cushions week after week.

With an incredibly bold plot, characters not considered “must-watch”, and the first at-home experience for many comic book movie fans, WandaVision was a risky introduction into the Disney+ Era. And expectations were immediately met and soon after exceeded.

Here are some thoughts from The Direct’s Jack Martin, who scored WandaVision the highest out of The Direct staff.

"To me, WandaVision provided the most in-depth character study in the entire MCU.

More than any other MCU project, it explored Wanda’s trauma and depicted an emotionally nuanced portrayal of her character.

The show’s emotional complexity, its sitcom format, and its incredible performances created the most unique MCU experience to date."

With the constant presence of mystery throughout the series, the excitement of endless possibilities held the acclaim of WandaVision through most of the first eight episodes. And then one of the biggest factors of the show, the finale inherently led to some fans feeling less than thrilled with the decisions made.

One of the embedded traits of long-form storytelling is an adjusted value on the finale compared to the rest of the series. So when aspects of the show take a back seat to the main plot in that finale, it affects the overall outlook of the entire season.

Here is the view of WandaVision from The Direct’s David Thompson, who scored the show lower than any other writer (despite still enjoying the show very much.)

"I thought WandaVision was great, but when comparing it to other MCU films I found it hard to put it above the likes of Doctor Strange or Age of Ultron. As much as I appreciated the unique sitcom-style, the lack of action stuck out to me and that is why I’m assuming I’ll prefer The Falcon and The Winter Soldier."

THE VOTES ARE IN

And after 20+ writers voted, WandaVision has made a meteoric rise into the upper echelon of MCU projects. WandaVision was voted just behind Thor: Ragnorak and right ahead of Black Panther in the MCU Top Ten as #9 on The Direct MCU Rankings.

What do you think of our ranking of WandaVision in the MCU? Where would you rank it on your list? Let us know in the comments or hit me up on Twitter @MattRoembke