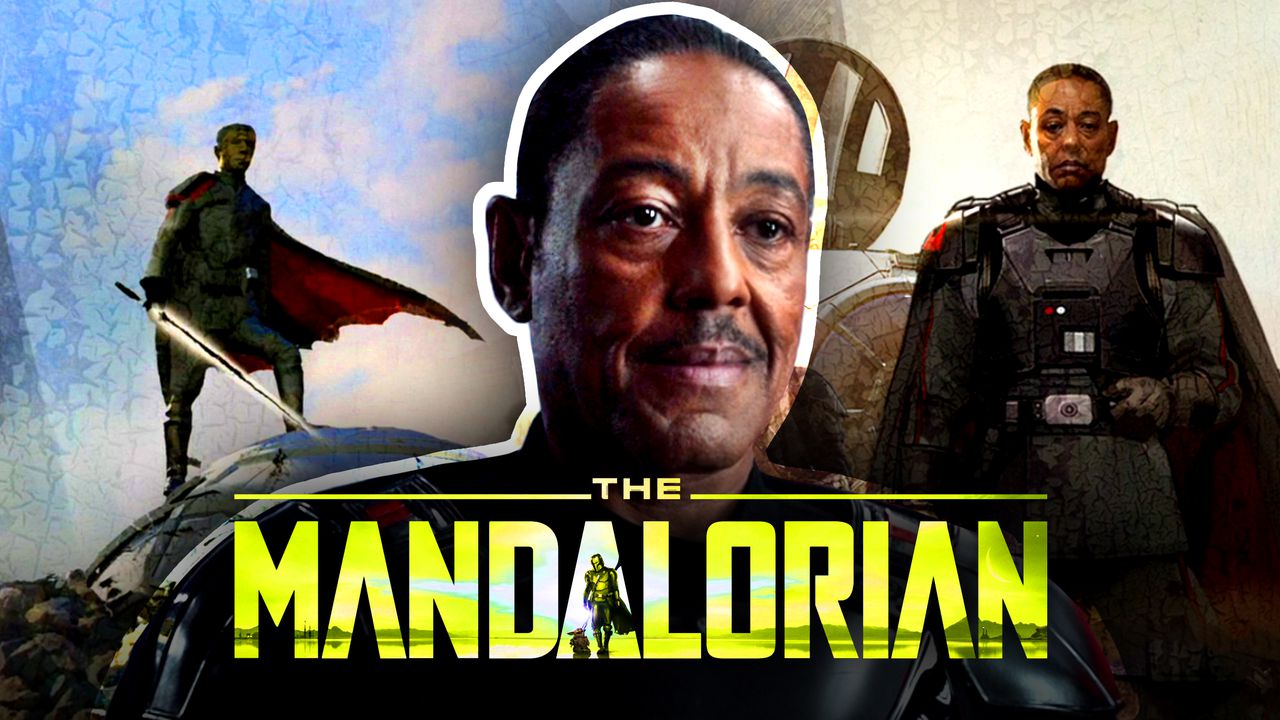 Moff Gideon, played by Giancarlo Esposito in The Mandalorian, has sent shivers down the spine of Star Wars fans since he made his first appearance in Chapter 7. While his ominous presence has been felt, he has mostly remained in the shadows thus far through the series. It was revealed that he wields the Darksaber, which has gone through many hands over the course of Star Wars' history and is deeply rooted in Mandalorian lore. The reveal that he currently holds this weapon still has fans wondering how he obtained it and the possible connections he may have to Mandalore.

Season 2 is far from over, and we know that Moff Gideon and his remaining empirical subordinates are working on something sinister related to The Child's blood, Dark Troopers, and possibly Supreme Leader Snoke. Clearly, there is still much to learn about Gideon and what his sinister plan truly entails.

Giancarlo Esposito recently sat down with Entertainment Weekly for an in-depth interview. He was asked by EW if we can expect to get more of Gideon with the final four episodes yet to be released. Esposito responded:

"It seems that way. But I have a feeling you'll see more of me next season. More than likely you're going to see a lot of Moff Gideon. I can't be sure of that, but it seems as though this iconic journey that they want you to feel it. I think you're going to start to see other storylines start to creep in. When we start to realize there's such a deep connection [between the show's storylines and] the rest of the galaxy and what's really happening. Maybe you'll get an inkling of what he wants."

It has become clear that the conflict between Din Djarin and Moff Gideon is far from over. No matter how this season resolves, Gideon's schemes have no end in sight.

These comments by Esposito are also fueling the fire even more for Star Wars fans already theorizing what direction this series is headed. It is especially important to focus on his quote saying, "When we start to realize there's such a deep connection [between the show's storylines and] the rest of the galaxy and what's really happening." Fans are already speculating how this show ties into the Sequel Trilogy, and this comment furthers that train of thought. How the Emperor survived until The Rise of Skywalker could ultimately be explained through this series and what Moff Gideon is really up to.

While The Mandalorian has remained rather small-scaled up until this point, it appears that that next season will bring galactic-level events along with the ramifications of having to deal with them. With the live-action introduction of Ashoka Tano coming soon, it is clear that showrunner Jon Favreau and writer Dave Filoni aren't afraid to bring in well-established characters from other Star Wars canon. There isn't all that much current Star Wars canon from the time that The Mandalorian takes place, which opens up a lot of possibilities of who could be the next familiar face to show up from "the rest of the galaxy."