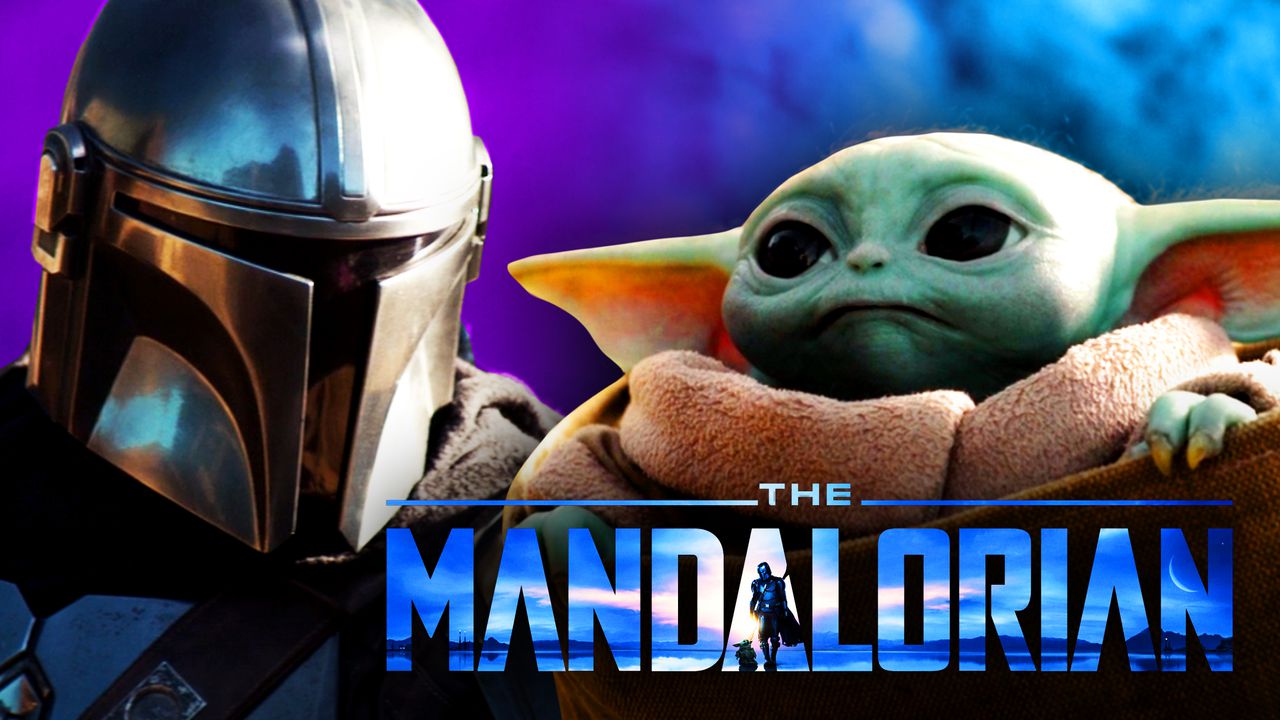 On the hunt for fellow Mandalorians, Din Djarin and the Child make contact with the marshal of a small Tatooine town - where an unlikely partnership is formed.

Wow. The story certainly took no time to get moving as Season 2 hits the ground running and never looks back. The Fight Night sequence seen in the trailer and TV spots was outstanding, and in typical Mando fashion, our hero got what he wanted without breaking his moral compass.

The return to Tatooine this soon was a surprise. It was nice to tie into Season 1 this quickly with the brief appearance by Peli Motto and her pit droids, and at long last, we meet Cobb Vanth on screen. Mando's relations with the Tusken Raiders once again proved useful, and it's fair to say that a team-up with the sand people and local villagers was the last thing anyone was expecting.

The plot of "The Marshal" could probably be considered a bit filler, but the final moments revealed that it was all a fun exercise to bring Boba Fett back into the fold. We'll have to wait until next week for the payoff, but "The Marshal" was an excellent start to Season 2. - Andrew Gilman

Admittedly, a return to Tatooine so soon was a tad nerve-wracking, fearing that the episode may veer too far into the fan service direction. All of these concerns were quelled, however, when the name ‘Mos Pelgo’ was uttered, heralding the arrival of something new from the all too familiar desert planet. And ‘new’ was certainly an understatement; to get Timothy Olyphant’s Cobb Vanth so early on in the season was nothing short of a pleasant surprise.

Although alien races are often used as cannon fodder in the Star Wars franchise, and some fell victim to this fate in the episode too, “The Marshal” really set out to humanize the Tusken Raiders. What were previously one dimensional goons for Luke Skywalker to fear and Anakin Skywalker to mow down have now been presented as more fully realized characters.

This seemed to be a central theme in the episode, demonstrating to both the villagers and the sand people that they were more than just opponents on a battlefield to one another. A similar scenario was presented to Mando on his first encounter with Cobb Vanth. At first, Din Djarin considered Vanth as nothing more than a petty smuggler besmirching the Mandalorian legacy, but slowly grew to see and respect his true reasonings for using Boba Fett’s emerald armor. - Tom Drew

As always, Pedro Pascal did an excellent job with the voice work for Mando. It's impossible to tell when, if it at all, Pascal was the one performing beneath the armor, but the combined work done to once again bring the character to life was exceptional. Mando was actually pretty funny, and pulling off full sequences speaking Tusken is an impressive feat for Pascal and company.

At long last, Timothy Olyphant's role as Cobb Vanth has been confirmed - and he was outstanding. We've only heard of Vanth through books and knew little of his personality, but Olyphant brought several new layers of humanity to the character. It's a shame that this will likely be the last we see of him because he gave such a solid performance and foiled well with Mando. - Andrew Gilman

Katee Sackhoff said she'd like to explore Bo-Katan's leadership role and whether she thinks she's the right person to lead in 'The Mandalorian.'
'Ahsoka' was rumored to be casting for the roles of Ezra Bridger and Grand Admiral Thrawn.
Pedro Pascal was rumored to have joined the cast of 'The Book of Boba Fett' as Din Djarin.
See All Star Wars News, Rumors and Leaks on DirectFact

Lucasfilm has set the bar very high for expectations of production quality, and they didn't disappoint. The folks over at ILM are truly magicians; The Volume was undoubtedly used extensively in both this episode and the season as a whole, and it was impossible to tell whether or not sequences were part of location shoots or work on the video stage. When Pedro Pascal said he was blown away by the action sequences, he wasn't kidding. The takedown of the Krayt Dragon and flight of Mando and Vanth with jetpacks was incredible.

As always, Ludwig Goransson delivered with another great score. With this being the second season of the series, we're already used to the style of music employed for the show, and many moments utilized pre-existing themes and motifs. It will take a few more re-watches to take everything in, but the music was used smartly and elevated everything seen on screen.

Overall, the episode was professionally made. This is unsurprising, as Jon Favreau both wrote and directed it. While nice and lengthy, the writing was tight and little time was wasted with the story. There were many outstanding shots, with the twin sunset showed at the close of the episode being particularly beautiful. - Andrew Gilman

Storytelling in the Star Wars universe has now spanned six decades and covered a lot of ground, and The Mandalorian continues to honor that. It was really neat to see the Gamorreans return to the screen, albeit much thinner and serving as little more than entertainment value for the Fight Night guests.

Last season's "Chapter 5: Gunslinger" gave many nods to A New Hope and the lore of Tatooine - but it appears they were only scratching the surface. The Tusken Raiders once again played a large role, and we were given a more in-depth look at their lifestyle, including what they drink. Tatooine has been one of the more explored planets in Star Wars, and that trend continues here as another town was introduced to the screen in Mos Pelgo. Another small detail was Cobb Vanth's speeder bike, which looked a lot like one of the engines from Anakin Skywalker's podracer.

"The Marshal" was the first time a living Krayt Dragon was portrayed on screen. The remains of a member of that species were, of course, seen in A New Hope when C-3PO was traipsing along through the desert, and the beasts have been featured or mentioned in countless books and art pieces. Seeing the creature fully realized was an unexpected pleasure, and watching the alliance of villagers, sand people, and Mando take it down was an even greater thrill.

The largest connection here is Cobb Vanth's storyline and the re-emergence of Boba Fett. The flashback narrated by Vanth depicting his acquiring of Fett's armor depicted the interludes featuring the character in the Aftermath trilogy by Chuck Wending. While the books were vague, "The Marshal" confirms the armor Vanth donned did belong to Fett, and the infamous bounty hunter lives. - Andrew Gilman

What an awesome way to start Season 2. "The Marshal" gave us a little bit of everything - some plot development for Mando's quest, incredible action sequences, neat ties to other canon stories, and the promise for even bigger things to come. "The Marshal" follows the Baby Yoda formula laid out in Season 1 by concluding the first episode with a shocking reveal.

For the first time in ages, Boba Fett has returned to live-action, and it couldn't be more exciting. We've all come to know and love Din Djarin, but the original man to don Mandalorian armor will likely be reunited with his gear, and it will be a sight to see. Will Fett join Mando in his journey to find The Child's kind? Maybe he'll screw Djarin over by handing the baby off to Moff Gideon and his Imperial Remnant? There are so many possibilities for the trajectory of this story, which makes it all the more difficult to wait for next Friday's next episode! - Andrew Gilman

The Mandalorian season 2 has hit the ground running with an absolutely stellar premiere that has set a high bar for the remaining episodes to come. Thrilling action, genuinely surprising moments and a nice layer of fan-service to top it all off has made this episode one to remember. It will take a lot to top that aspect ratio shift during the Krayt Dragon battle.

In some ways, it has been a relief that trailers have not given too much away, as it seems that each episode will be as exciting and shocking as "The Marshal" was - Lucasfilm clearly has a lot up their sleeve that they’re holding on to.

Rumors of Ahsoka Tano only appearing in one episode of this season were a bit worrying, as it almost felt as though the character needed a bit more breathing room to truly have an impact. However, if these longer episodes continue to develop their characters, as they did with Cobb Vanth, there really shouldn’t be anything to worry about. - Tom Drew 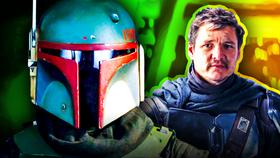