We're a day away from September, meaning that The Mandalorian s eason 2's October debut is just around the corner. The weekend planned for the now-cancelled Star Wars Celebration has come and gone, and the highly anticipated trailer for the upcoming season still remains unseen by the world .

One of the greatest points of intrigue set up by the first season is the connection Baby Yoda has to the series' villain, Moff Gideon. The antagonist, played by Giancarlo Esposito, arrived on the scene in the penultimate episode of season 1 but was the catalyst for all of the events that transpired. The Child's ability to control The Force has created an air of mystique around our little green friend, and there appears to be a potential connection between Gideon and the energy field as well... 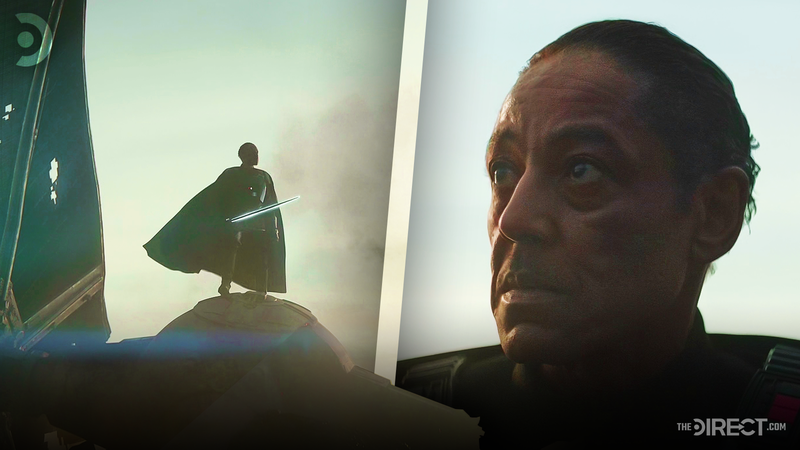 In an interview with SYFY Wire , actor Giancarlo Espotio said that there's a chance Moff Gideon is Force sensitive:

"I say that’s a possibility. I can’t say for sure that that is completely the truth, but look, we’ve seen him come out of his TIE fighter, and we’ve seen him also with the Darksaber ."

Esposito went on to tease that surprises are coming for the tie his villain has to The Force:

"I would have to say that there’s some surprises coming down the pike in regards to the connection he has to the Force. You don’t quite know where he fits in there, but he certainly has some information that we don’t that connects him to the old school."

Giancarlo Esposito has been the top marketer for The Mandalorian's second season , by far and away. The revelation that Gdeon is in possession of the Darksaber at the conclusion of the first season changed the trajectory of the series entirely, and Esposito has managed to create even more questions for fans than there were last December.

A long-standing fan theory has speculated that Gideon was attempting to extract The Child's midichlorians to give himself The Force. Dr. Pershing, seen alongside The Client in the first season, had a Kaminoan cloning patch on his sleeve, lending credence to the possibility. Between the Darksaber, armor, a cape, and even a personal TIE Fighter, Gideon has quite the Vader complex, and there's a chance he could be seeking to obtain Force sensitivity in his continued quest for power.

Esposito's comments add a new layer to the mystery. Does Gideon already have The Force? If so, what does he want with The Child? What's his ultimate goal?

In less than two months, we'll begin to get answers to these questions. The Mandalorian s eason 2 is on the horizon, and Din Djarin's new adversary will be a subject of great interest as we see where the story takes us.