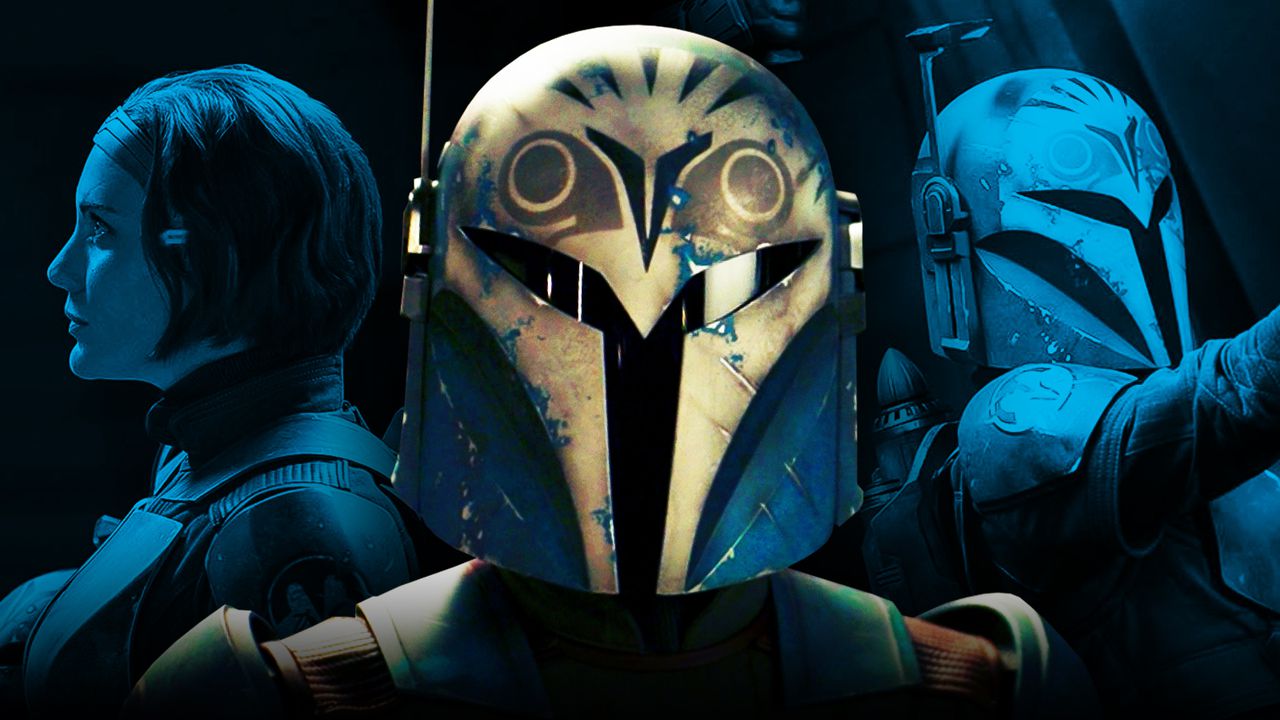 The rumor is rumor no longer.

Bo-Katan Kryze has officially made her live-action debut in The Mandalorian. Appearing alongside her fellow warriors in "Chapter 11 - The Heiress," Bo-Katan rescued Mando and the Child from certain doom and pointed them towards Ahsoka Tano following a daring mission to conquer an Imperial frigate.

It was made clear that this wasn't the last we've seen of the Nite Owl leader. With Kryze on the hunt for Moff Gideon and the Darksaber, her role in The Mandalorian's story is just beginning. When we'll see her again remains uncertain, but the woman behind the warrior's helmet has hinted at where the charater's story could take the show...

In an interview with Entertainment Tonight, actress Katee Sackhoff has teased that Bo-Katan Kryze is very important to the trajectory of The Mandalorian:

She’s so important to the story in The Mandalorian and where it’s going.

The actress also mentioned that ulterior motives could be at play for the character:

I think there is a little piece of Bo-Katan that I don't think you see coming. She's got something else going on in her mind.

Sackhoff noted that Bo-Katan has grown as a leader, but she has her shortcomings:

Everything she does is purposeful and I think that is new for her. She's grown into the role of a leader and I think she finally believes that she is that leader. But there is an ego that comes with her, that may or may not work against her.

It needs to be noted that having Katee Sackhoff playing Bo-Katan in The Mandalorian is a very cool opportunity. The character's design was based on the voice actress' appearance, making it a seamless transition into live-action. Having played the role for so many years, Sackhoff has a great handle on the nuances that come into play with her character.

And Bo-Katan is an incredibly complicated character. It doesn't seem quite right to call her a hero, because the good things she's done have generally been either self-serving or in the interest of just Mandalore. When we first met her, Bo-Katan had no qualms with burning an innocent village to a crisp, and following the demise of Death Watch, thanks to Maul, her alliance with the Republic was merely a means to an end.

We've only ever seen Bo-Katan rebelling against some form of rulership, for better or worse. One could argue that her role with Death Watch contributed to Maul's takeover, but the Empire would've had the planet in it's grasp sooner or later. When we last saw her in Rebels, Bo-Katan had been gifted the Darksaber by Sabine Wren and was preparing to free Mandalore from the Imperial forces.

Evidently, that didn't go well. And it appears that Moff Gideon was at the center of the planet's devastation. A confrontation between the two is inevitable, and one has to wonder if the ulterior motives Sackhoff hinted at involved revenge. Bo-Katan wants the Darksaber back, and her damaged ego could cause her do something reckless that may wind up getting her captured - or worse.

"Chapter 11" set up the reclamation of Mandalore, which seems to be the ultimate trajectory of the series. Bo-Katan will undoubtedly play a big factor in pushing towards that goal, but her ego may lead to heavy setbacks for both her people and herself. The people of Mandalore need a leader, and Bo-Katan Kryze can fill that role - if she can stay out of her own way.