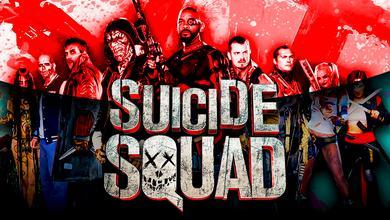 As The Suicide Squad is only months from release, set to reconfigure the team from the 2016 film, questions over the original Suicide Squad remain up in the air. The movie was panned by critics with even fans noting that it seemed strangely cobbled together, a result of Warner Bros. tampering with the movie during post-production.

In the wake of the release of Zack Snyder's Justice League, a heavily re-edited version of the film with hours of unseen footage, some have called for a similar treatment for David Ayer's Suicide Squad. Snyder himself shared support for this project back in December 2020. James Gunn, the director of the upcoming The Suicide Squad, even tweeted that this kind of director's cut may still see the light of day.

Recently, Ayer talked about the conversations that went on behind the scenes between Warner Bros. and the 2016 film's creative team. Now, even more light has been shed on the controversial five-year-old project...

Speaking with CinemaBlend, Kevin Hickman, an editor on the original Suicide Squad, shared details about the film's tumultuous post-production. Touching on the burden presented by introducing so many new characters, Hickman noted how "[Warner Bros wanted the] origin of the characters to happen much closer to the beginning and insert a level of comedy into the film."

"Suicide Squad was a challenge because we had so many characters and at some point we screened it for the studio and they wanted to take things in a different direction. [Warner Bros wanted the] origin of the characters to happen much closer to the beginning and insert a level of comedy into the film... We ended up having to restructure how the characters were introduced. That was something that we toyed with right up until the movie was finished. In the original structure, the characters are kind of introduced in linear fashion and the way that it ended up, we spent the first 20 minutes like bam, here's this guy, bam, here's this person, here's their origin, here's their backstory. So we kind of shoved everything into the viewer's face right up front so that we could get the story going. Whereas in the original structure, it kind of happened in many events. So you're, you know, 45 minutes in the movie and now we're meeting this person and seeing their backstory."

Hickman also addressed Jared Leto's role as the Joker, praising his ability to bring "a psychotic character to life," while explaining why much of his performance was left out of the final film.

And for a lot of the material, we just couldn't find a purpose for it because sometimes he would just go off on such crazy, insane tangents and it would be really hard to weave it into the film. Sometimes it just wasn't appropriate for what he was doing but, it would have been nice to have more of that Joker character a little bit more fleshed out then what came out in the movie.

The interview ended with Hickman sharing his support for a possible Ayer cut that would be "less comedy" and "very militarized" while also sharing his excitement for Gunn's upcoming take on the team.

"I would like to see David's final version of the film. I saw what David was trying to do with the film and I thought it was a pretty bold film. It was less comedy. It was a much darker film. It was almost like a Black Hawk Down type thing. It was just very militarized, very serious. I mean, of course there were supposed to be comedic moments with Will Smith, but it was a darker film. I like where David was going with it and it would be really nice to see him be able to finish what he started. I don't know if that will happen now because of James Gunn’s reboot, which I haven't seen yet, but from the trailer it looks like a lot of fun. It definitely feels like a different vibe than what David Ayer would have made, but I am really looking forward to seeing what James Gunn did because I'm a big fan of his work."

WHAT HAPPENED TO SUICIDE SQUAD?

These comments are extremely telling, helping to piece together what happened to Ayer's work. Hickman's responses paint a picture of a much different Suicide Squad, one not only different in tone but also structure.

Hickman's thoughts on the final edit of Suicide Squad explain a great deal about the pacing of that film. In pushing the character introductions to the forefront of the movie, Warner Bros. sacrificed the original rhythm of the project to achieve a more explanatory, expedient structure.

Many of the tonal issues of the film can also be traced back to this structural shift. The introductions audiences saw in theaters were heavily stylized, with goofy graphics and self-referential text used to add a bit of fourth-wall-breaking humor to the film, likely tacked on in post-production. This also ties back Ayer's earlier comments, in which he cites Deadpool's success as a key turning point in the approach Warner Bros. took to his movie.

Even so, it seems that many Jared Leto's Joker moments were destined to be cut, straying too far from the story of the film.

While it's unclear how much these changes affected the final quality level of the film, they certainly made for a much different film. Perhaps fans will never know what Ayer's original vision would've looked like, even as creatives continue to speak out about the project five years on from its release.