The Clone Wars hit the ground running last week with a stellar first episode in the final arc of the series, the Siege of Mandalore. The episode played like a movie, with the original Lucasfilm logo and classic title crawl pushing us into uncharted territory for the series. We were treated to one final battle for Anakin and Obi-Wan, a touching reunion between Ahsoka and her master, and the beginning of the siege itself that culminated in Maul's appearance at the cliffhanger ending. The upcoming episode The Phantom Apprentice has been hyped up to be the best episode of The Clone Wars ever by members of the animation team and Sam Witwer. That is, probably until the next ones. Based on episode descriptions and new preview images, it appears we're finally going to see Ahsoka Tano and Darth Maul face off.

As has become customary with this season of The Clone Wars , Disney has released several preview images from The Phantom Apprentice : 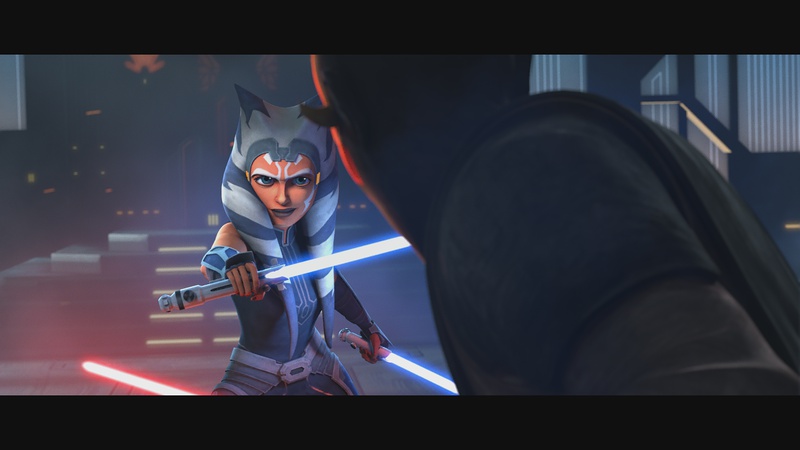 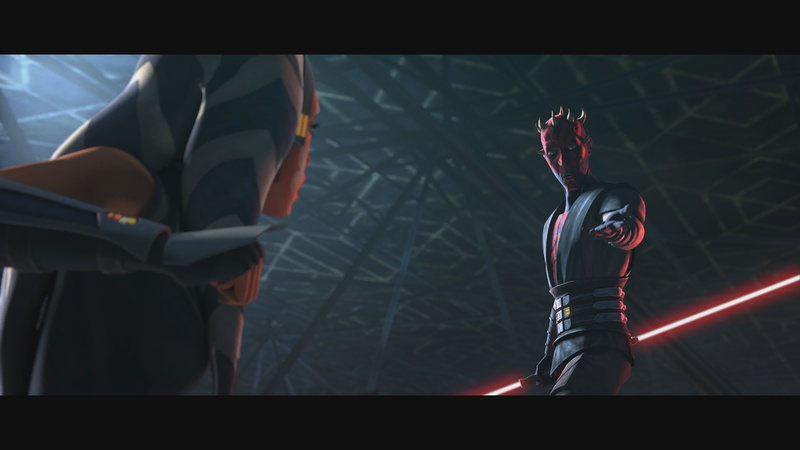 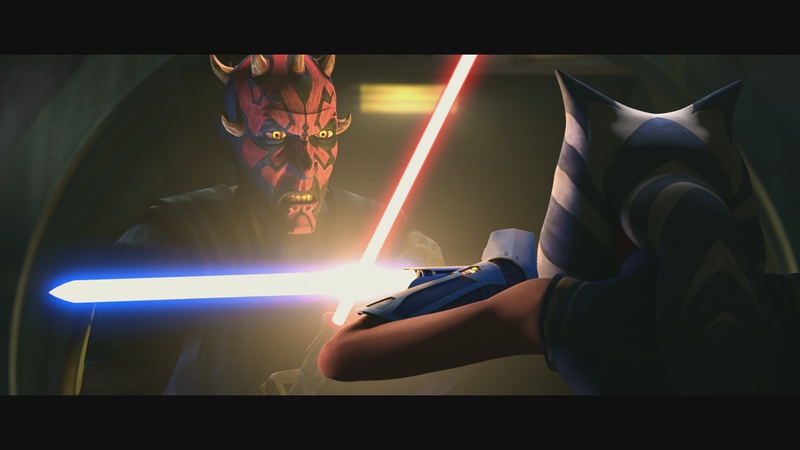 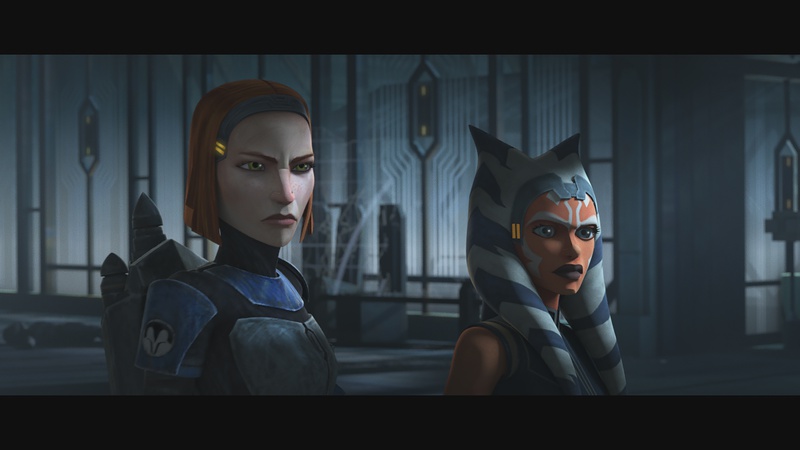 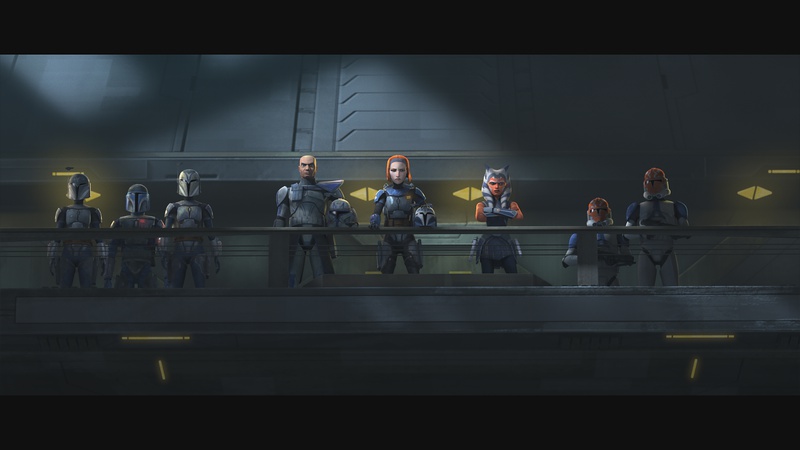 Also shared was a brief clip from the episode:

The time has finally come for the epic lightsaber duel between Ahsoka and Maul. Dave Filoni has talked about this needing to be one of the best they had ever done for show, and they enlisted Ray Park, who played Darth Maul in Ep. I: The Phantom Menace, to do motion capture for Maul's part in the fight. Based on the images, it actually looks like we'll be getting two lightsaber duels. The last episode ended with Ahsoka cornered by Maul and his forces in the Sundari undergroud sewage lines, and this location appears to be in the background of one of the images depicting a fight. Obviously Ahsoka finds a way to escape, and it looks like she and Bo-Katan are going to face Maul in the palace while the rest of the planet is at civil war. The clip sets up Jesse's capture and mind probe by Maul, something we see briefly in the trailer for the season.

What Maul is up to is very intriguing. Sam Witwer has said tht we're going to see Maul try to do something that he's never done before, or since, something he described as shocking. Will he consider turning to the light side? Or is he seeking an alliance with Ahsoka? Seeing him in the same pose with his lightsaber as we saw in The Phantom Menace is incredible, and based on the first episode of the arc there's no doubt that the team will deliver on a phenomenal fight. It's all coming to an end for The Clone Wars , with only three episodes left. It really looks like Dave Filoni has saved his best for last, and it couldn't be more exciting to experience how the end of the war plays out.