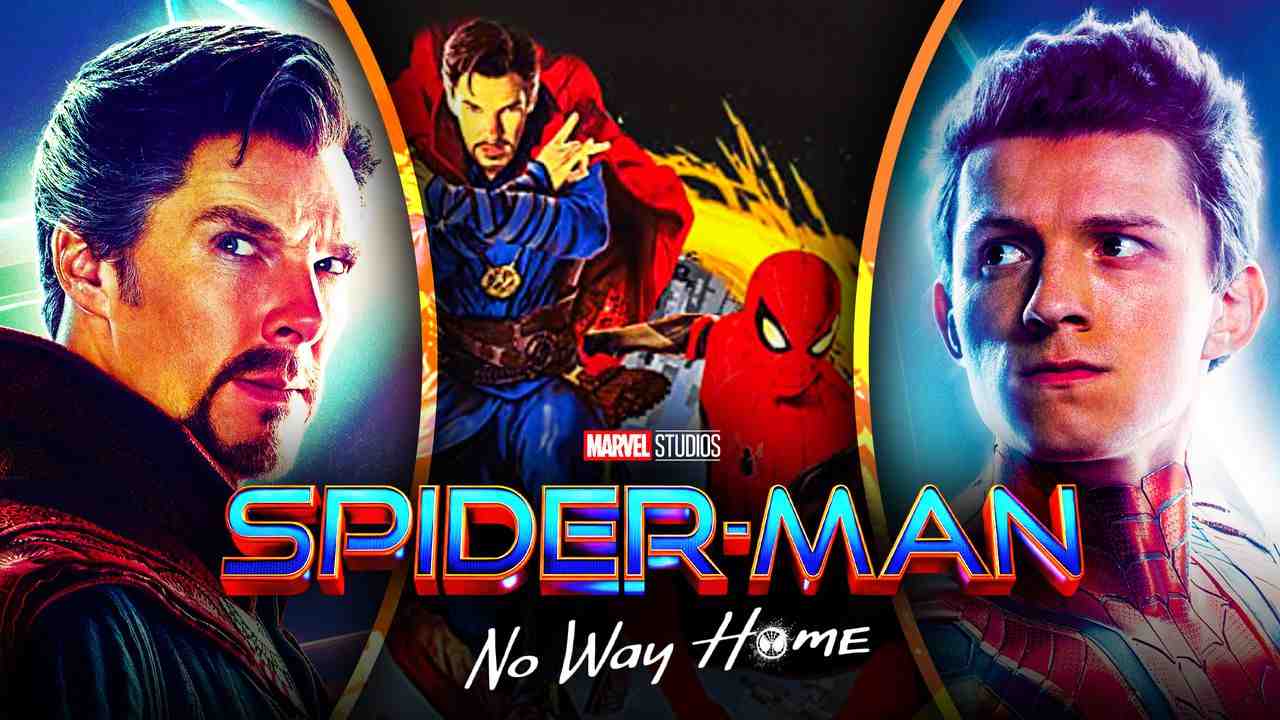 With Black Widow out in the wild, that marks only three more MCU movies left for this year. In just under a month, the world will get to see Shang-Chi , which brings along a new hero to be introduced to the wider MCU . Then comes Eternals , a film in which is set to explore the cosmic beginnings of the galaxy , including a proper meeting with the Celestials.

The final project of the year is one known by many. At this point, it seems impossible to not have heard the Marvel faithful talking about Spider-Man: No Way Home .

After the ending of Spider-Man: Far From Home , the sequel was bound to be an exciting ordeal. But then Marvel went and supposedly added some multiverse elements, which amped the excitement for the film substantially.

The world is waiting for the project's first trailer, and while that still isn't here, fans can feast their eyes upon some brand-new official promo art in the meantime.

DOCTOR STRANGE AND SPIDER TEAMING UP

Thanks to some digging around on Amazon , some official promotional artwork for Spider-Man: No Way Home has been found, featuring both Spider-Man and Doctor Strange flying through a portal that appears to be in New York City. The first example of this is seen above.

The second image is basically the same as the first, but with a larger logo advertising the film and a different city skyline seen through the portal.

This one gives fans a great up-close look at Doctor Strange, giving a signature pose as he casts a spell. Surrounding him is the classic visual of his mystical powers.

The fourth image is an interesting one, as it's split between the Doctor Strange art/portal and then Spider-Man and his own portal. It's noteworthy that Spidey's portal magic is blue for some reason, and that he is also sporting the recently revealed suit that the hero will be sporting at some point within the film.

The final one is an interesting choice, depicting the classic split-face imagery of the two Marvel heroes. Even though the image is in black and white, it seems that Spider-Man is wearing his upgraded suit instead of his new magic one.

Basically, no concrete details about S pider-Man: No Way Home exist, with most of it being based on rumor or educated guesses. What fans do know, is that in some way, shape, or form, Spider-Man will be manipulating magic. This is something which is not only seemingly confirmed by these promotional images, but also by his new suit which was recently unveiled thanks to Hot Toys .

With everything happening currently, it seems all but confirmed that Tom Holland's Peter Parker will in fact be dealing with a multiversal threat in his next outing , alongside the weight of the entire world knowing his identity. But hey, at least he'll likely have two other Spider-Men to confide in .

Hopefully, the first trailer for the film will be here at some point soon. With the whole world clamoring to see it, one would think that Sony would have capitalized on all the discussions by dropping the first look at the movie. Sadly, the delay is probably due to the possibility of the Dela Variant getting in the way of the movie's release date .

Audiences should get vaccinated and cross their fingers, then hope that the world can pull itself together in time to potentially see all generations of Spider-Men grace the screen at the same time.