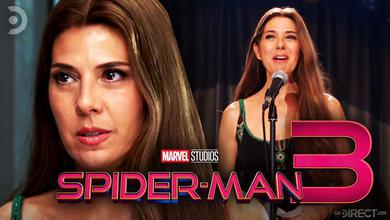 The untitled Spider-Man 3 is among the long list of MCU movies that are set to premiere in 2021. While plot details of the film are being kept under wraps, it is inevitable that the film will tackle the cliffhanger ending of last year's Spider-Man: Far From Home. The last entry to the MCU's Infinity Saga saw Peter's identity being revealed to the world by Mysterio, which is a surefire game-changing moment for the web-slinger moving forward.

It is already confirmed that Parker's closest allies will return in the threequel, which includes Zendaya as MJ, Jacob Batalon as Ned Leeds, and Marisa Tomei as Aunt May. The details about the villains are still unknown but a tease from Michael Mando, who plays Spider-Man villain Scorpion, may have hinted his return in the upcoming film. It remains to be seen how the shocking ending would affect Peter and his loved ones, but a recent interview may have teased the role of one of them.

During an interview for The King of Staten Island, Screen Rant asked Marisa Tomei about the expectations for Aunt May in Spider-Man's third solo outing for the MCU. As expected, Tomei couldn't divulge much information, but she hoped that May's role of being a community organizer "will expand and be part" of the currently untitled Spider-Man 3:

"Well, I've had her - [director] Jon Watts and I always talked about her being a community organizer," she said. "And hopefully that track will expand and be part of this one, as well."

During Far From Home, May can be seen as one of the community organizers who is helping the people of New York to recover from the snap from Thanos. Being a victim of the tragedy herself, the film effectively places May in a situation that is somewhat similar to the heroic deeds of her nephew.

While the film didn't see much of May helping citizens, aside from the opening scene, the third film could maximize her intended role as the community organizer that the actress talked about. However, there seems to be a complication that would arise since her life could very well be in danger by the time the film starts. This could be due to unknown villains who might target May, along with the rest of Parker's loved ones, in order to seek revenge against Spider-Man.

While the upcoming Spider-Man 3 film will serve as the fourth appearance of Tomei as Aunt May, this version of the character is unlike previous live-action versions since the character was made aware of Peter's superhero life. The dynamic between the two characters is one of the highlights of the MCU's Spider-Man because it gives fans a fresh take on their relationship. Considering the circumstances, there is no doubt that this relationship will be put to the test when Spider-Man 3 begins due to Peter's worldwide dilemma.