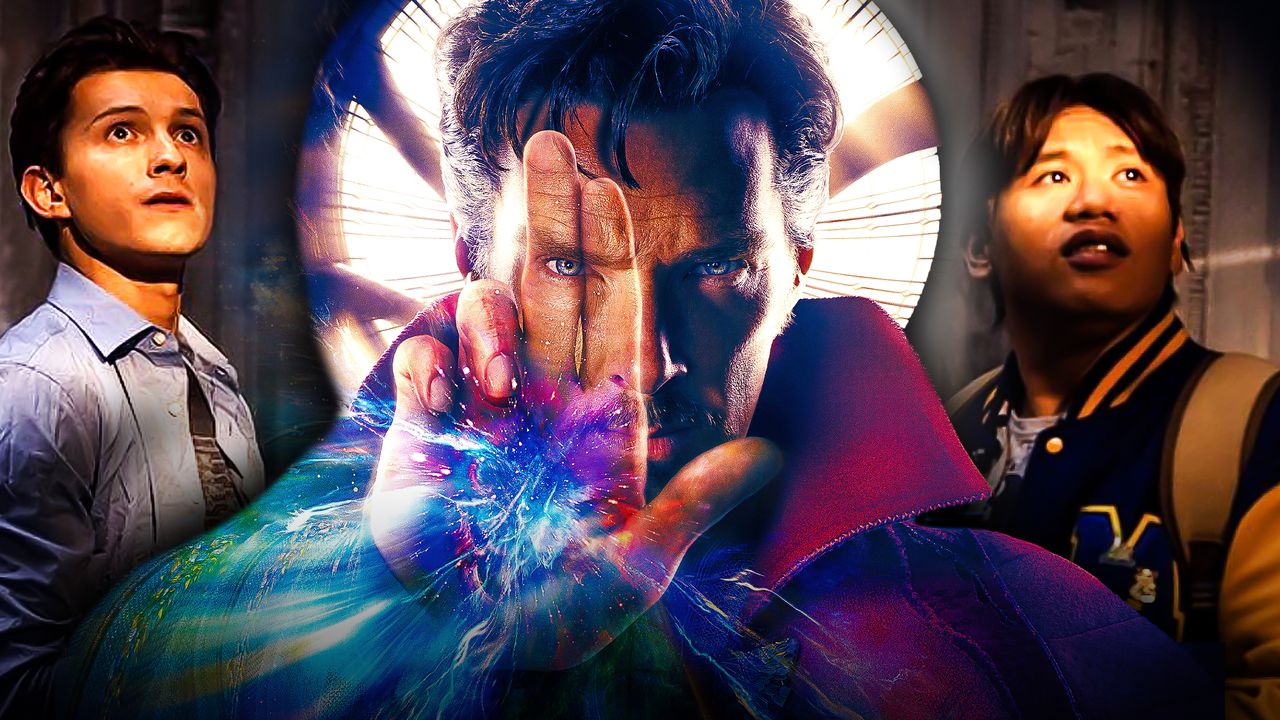 The Marvel Cinematic Universe's Spider-Man 3 won't release in theaters for nearly ten months, but there are still many mysteries surrounding this movie that fans are dying to solve. While the agonizing wait continues to find out its name, Marvel and Sony are laying out small teases in other areas every few days to keep the hype train moving.

A recent appearance on The Tonight Show with Jimmy Fallon had Tom Holland confirming that his brother Harry would play a small cameo role in the threequel after one of the most tantalizing days for teases in a while. Holland and his costars, Jacob Batalon and Zendaya, all took to social media to share the first official pictures from Spider-Man 3 while teasing the imminent arrival of the movie's long-awaited title.

One of those pictures even teases a plot point that should push excitement over the edge.

As pointed out by multiple Marvel fans on social media, looking at Tom Holland's Instagram post with the first official picture from Spider-Man 3, it appears that Peter Parker, Ned Leeds, and Michelle Jones are in the foyer of Doctor Strange's Sanctum Sanctorum.

The full image of Tom Holland, Jacob Batalon, and Zendaya shows them looking up in awe at something while inside a room that appears to be covered in some kind of white material.

The flooring in the Spider-Man 3 still image features a brown-colored triangle design, one that very closely matches the hue and shape of parts of the unique Sanctum Sanctorum flooring that we've already seen in MCU movies like Doctor Strange.

IS SPIDER-MAN LOOKING FOR THE SORCERER SUPREME?

Should Peter and his friends be in the Sanctum as this picture indicates, the movie may have the young web-slinger seeking out Doctor Strange for help in his latest and toughest adventure. With no details known about the plot of Spider-Man 3, it seems to make sense that Peter would seek the assistance of a powerful Avenger with whom he'd worked with before.

The two teamed up for some exciting action sequences in Avengers: Infinity War against Thanos after trying to develop a bond with each other on their way to Titan. Considering that these are two of the most brilliant minds in the MCU, it's likely Peter would come to Doctor Strange with both being located in the general New York area.

After such entertaining interactions in the 2018 ensemble movie, excitement is already building to see what these two can do together in a journey where they take more of a lead role. As they deal with the early openings of the multiverse, it will be interesting to see how the Sorcerer Supreme helps Peter and his friends with the most stressful time in their young lives.