When Warner Bros. announced some drastic shifts in its upcoming slate, DC Fans were hit with a whirlwind of emotions. It all started when Dwayne Johnson announced Black Adam had been pushed back to October 21, 2022. This left four projects within the span of three months—so it didn't take long for the news to come out that every other DC Comics film was hit with the same delays.

Aquaman and the Lost Kingdom's new date, March 17, 2023, isn't too far from its original December 2022 spot.  Ezra Miller's The Flash saw the worst delay, speeding ahead in time roughly seven months later, to June 23, 2023. As for Batgirl, it's unknown whether her solo outing was delayed, but given the inclusion of Michael Keaton, a shift in dates is inevitable.

However, there was one project that didn't get delayed at all. In fact, it got pulled up half a year earlier: Shazam! Fury of the Gods. The new movie's debut date? December 16, 2022; the exact date as Avatar 2.

Now, the film's director, David F. Sandberg, has reacted to the news on Twitter.

Sandberg started his thread by hyping up the news, saying, "That's right, Shazam 2 is getting released 6 months earlier and now comes this December!"

While Shazam! is exciting, there's another big film that shares the same date: Avatar 2. The director poked fun at the competition, and joked how "poor James Cameron must be shaking in his boots right now...".

He concluded by pointing out some irony in how "Shazam 1 was a Christmas movie released in April and Shazam 2 is a summer movie getting released at Christman," and went on to label it "the Shazam way"

Warner Bros. putting Shazam! Fury of the Gods against Avatar 2 is a strange move. The movie is the sequel to the high grossing film of all time and has been in the works for over a decade. That's probably not something Billy Batson can best.

Maybe the studios are betting on the Avatar franchise being mostly forgotten by general audiences and not getting the same attention in 2009. After all, the movie did so well back when it debuted because it had no real competition at the box office—now it will.

This is far from the first time Sandberg has been active and vocal on Twitter. Recently, he reacted to some Justice League rumors, as well as the possibility of an HBO Max release.

With all the bad news of the many delays, it's great how at least one of the projects got a win. With Black Adam releasing three months earlier, it's a Shazam kind of year. With the two films so close, it's hard not to think the studios may want audiences to relate the two franchises—maybe even sneak in an after-credits scene that wasn't planned before?

Black Adam releases on October 21, while Shazam! Fury of the Gods releases on December 16 later this year. 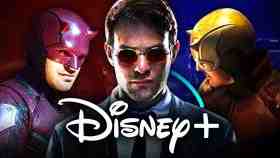