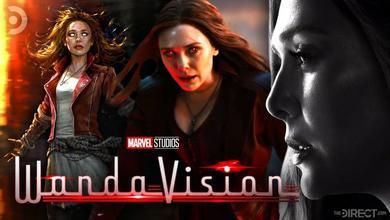 While comic book movies and action are practically synonymous, the evolution of the superhero genre has allowed for some projects to succeed without big fight spectacles.

The MCU is highly-touted for their big action set-pieces; however, rumors of some of their upcoming projects' plot points have left fans wondering if Marvel's trademark action would take a backseat. Disney+'s WandaVision is rumored to dive into the psyche of Scarlet Witch, and limited promo footage have showcased a 1950s sitcom feel.

Despite the toned-down approach, it looks like fans could be in store for at least one strong fight sequence.

It looks like Scarlet Witch might be getting her hands dirty in her upcoming WandaVision series. According to the stunt directory website iStunt, stunt double Nicole Reddinger has been cast as the stunt actress for a "witch coven member" in WandaVision.

Well, it looks like the happy-go-lucky 1950s sitcom Kevin Feige teased will be taking a violent turn.

Plot details surrounding WandaVision have been kept highly underwraps. Regardless, fans have speculated that the 'Pleasantville-esque' setting for the happy couple could be just a figment of Wanda's imagination. After all, bending reality is kind of what Scarlet Witch does best, but stunt involvement likely means this 'Wanda dream land' will take a turn for the worse.

Reddinger's casting as a witch coven member further hint towards the appearance of Agatha Harkness. Karthryn Hahn has been rumored to be playing Harkness for a while, and recent set photos suggest the "nosy neighbor" Kevin Feige teased could end up being the popular Scarlet Witch antagonist. Having "witch coven members" around would likely mean they have some sort of leader, and who better than an original witch from Salem, Massachusetts?

Further speculation on Harkness's involvement can be attributed to her known alliances. Feige confirmed that WandaVision will lead right into Doctor Strange In the Multiverse of Madness, with Nightmare rumored to factor in as the main adversary. In the comics, Agatha Harkness has ties to Nightmare, making her and her coven witches all the more probable to appear in WandaVision.

WandaVision is slated to release on Disney+ in December 2020.