In the newest Disney+ series, Moon Knight, Egyptian deities are at the forefront as Khonshu, the god of the moon, wages a war against Ammit, the eater of the dead. Khonshu uses Oscar Isaac's Marc Spector as an Avatar to combat this goddess and bestows him with supernatural powers.

So, is it possible that to circumvent the use of the herb, Wakanda's patron goddess, Bast, could anoint the new Black Panther as her Avatar instead of using an artificial herb?

How Does the Heart-Shaped Herb Work? 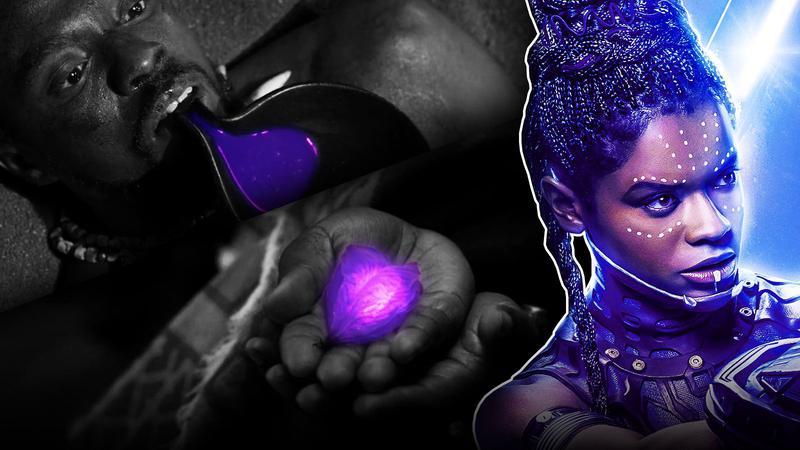 Before addressing why Bast would make someone her Avatar, how did the heart-shaped herb work in the first place? Similar to the comics, once a year there's a day, "Challenge Day," when any Wakandian can fight for the right to become king.

If the challenger was victorious, they would become the new leader of Wakanda and be allowed to consume the sacred herb, and if judged worthy by Bast, become the new Black Panther. How exactly the herb works has changed constantly over the decades in the comics, but, put simply, it helps create a connection between Bast and the Black Panther.

It was later established by T'Challa in Jason Aaron's "Avengers" #33 that the powers of the Black Panther reside in more than just his soul. Unlike other supernatural characters like Ghost Rider or Moon Knight himself, his power is bound to his blood and flesh, further cementing that Bast lends her power from afar through the herb's connection.

A connection that the goddess can easily sever if her champion does not continue to meet her high expectations. 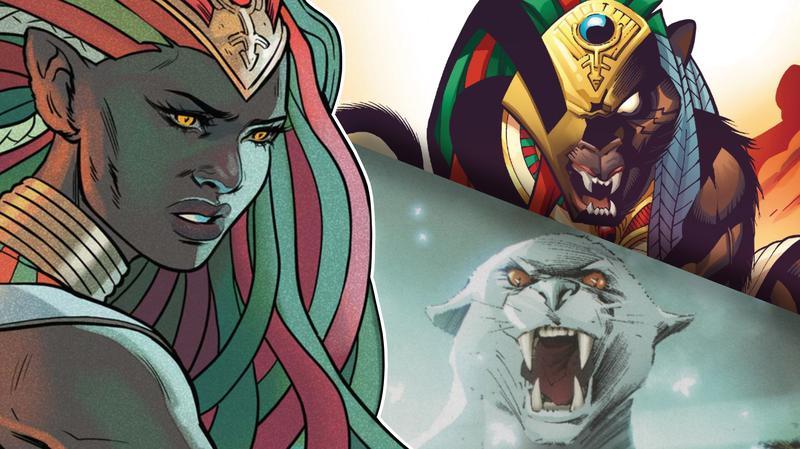 Bast is the chief deity of Wakanda, first mentioned in Captain America: Civil War by T'Challa explaining to Natasha Romanoff how Bast, alongside Sekhmet, would help guide the dead, like his father, T'Chaka, to a green veld where they could run forever. But, it wasn't until Black Panther that Bast was finally shown, albeit through a story told to a child, but it confirmed the existence of the Wakandan Ancestral Plane.

Otherwise, aside from her name being occasionally dropped throughout Black Panther, nothing more is known about the panther goddess in the MCU. However, that could easily change in Black Panther: Wakanda Forever, as the sequel will sadly have to address who the new protector of Wakanda will be.

In the comics, like mythology, Bast is directly related to Khonshu, as they are both Egyptian gods. Their connection in the comics has varied over the years, but according to "Thor & Hercules: Encyclopaedia Mythologica," Khonshu is the half-brother of Bast. But, beyond that familial connection, Bast rarely consorted with her fellow Egyptian deities.

So, if the same applies to the MCU, theoretically, the goddess should be able to make a mortal her Avatar and bestow them all the powers of the Black Panther. Something that Bast has already done in the comics. 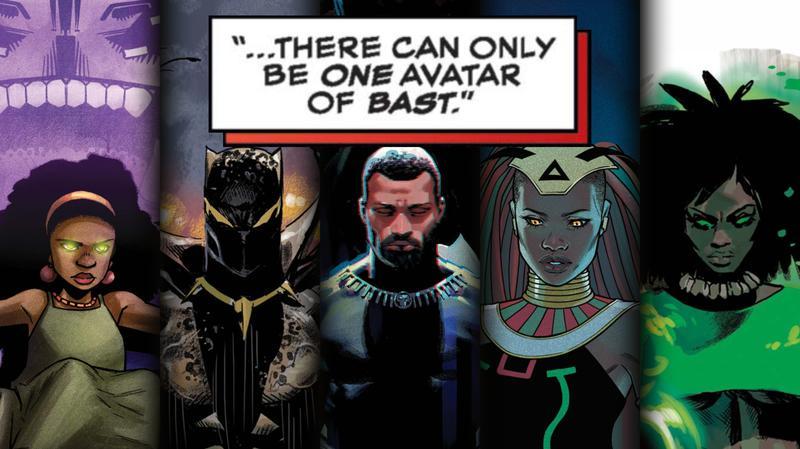 The earliest that Bast had ever used a mortal as an Avatar, in a similar vein to Khonshu, was when she stripped T'Challa of her connection and possessed a man from the African nation of Azania—a victim that T'Challa and Wakanda had failed to help. Using the man as a vessel, she tested Black Panther in combat and confronted him about his inaction towards the people outside Wakanda.

T'Challa passed her test and she returned her connection to him, along with his powers. However, Bast would do nothing like this for decades until award-winning writer, Ta-Nehisi Coates, brought the concept back to the forefront in his "Black Panther" comic run in 2018.

In the galaxy-spanning series by Coates, he introduced the idea of Bast inhabiting a mortal host, an Avatar, but unlike the relationship with Marc Spector and Moon Knight, she completely dominated the relationship. However, this host is killed shortly after her introduction with most of her divine powers drained from the body, leaving Bast weakened.

In desperation, Bast attached herself to a child with only a fraction of her power left. But, with the help of the Black Panther villain Zenzi, the deity was able to take back her stolen divine power and use Zenzi as her newest Avatar, becoming a goddess in the flesh once more.

So, what would push Bast to such drastic measures and take an Avatar? Well, there's a certain butcher on the prowl who hates gods.

Bast was reportedly found in a listing for Thor: Love and Thunder, played by actress Akosia Sabet. But, many fans are now worried that it puts the panther goddess at risk of being killed by Christian Bale's Gorr the God Butcher.

As the title implies, in the comics, Gorr sought out every deity he could and slaughtered them for the sins of his own god not answering his prayers. Of course, the alien warrior eventually goes after Thor, and loses, but not before leaving a trail of bodies behind him.

It wouldn't be a surprise to see Bast appear in Love and Thunder, considering Russell Crowe has already revealed that he will be playing Zeus, the Greek god of thunder. Not to mention, the Egyptian gods Khonshu and Ammit already play critical roles in Moon Knight. So, it's evident that Marvel Studios is interested in introducing multiple pantheons of gods.

Crowe's Zeus will likely be a sacrificial lamb to show audiences the power and danger of Gorr, but it's doubtful all the gods who appear in Love and Thunder will perish for good. But, what if Bast's physical body were mortally wounded by Gorr, which would force her, much like Khonshu, to seek out an Avatar in Wakanda?

Not only as a means of preserving herself, but also returning the power of the Black Panther to Wakanda after all the heart-shaped herbs were burned, with Shuri still unable to find a workaround. Due to her being weak, unlike in the comics, she wouldn't dominate her host so totally, maybe even being a quiet whisper as she regains her strength.

Fans will find out the fate of Bast when they see Thor: Love and Thunder in theaters on July 8.