Before production on Shang-Chi was shut down due to the coronavirus , set photos were leaked in March showing soldiers or henchmen disembarking a helicopter. There was even footage of this capture from 7News of Australia before they were escorted away:

A film set for the blockbuster @Marvel movie Shang-Chi has brought a touch of Hollywood to Sydney. It featured a helicopter and blue screen springing up near Fox Studios in Moore Park during the week before being packed away overnight. https://t.co/TWh1KQgBAw #ShangChi #7NEWS pic.twitter.com/AoUUhRXcKl

Months later in Sydney, aerial photos were captured showing a set of an Asian village meant for Shang-Chi and the Legend of the Ten Rings . But, at the time, it was left untouched and unfinished due to production being halted. However, 7News has new footage showing that work on this set has begun again, just in time for the previously reported plan to begin shooting again in late-July . 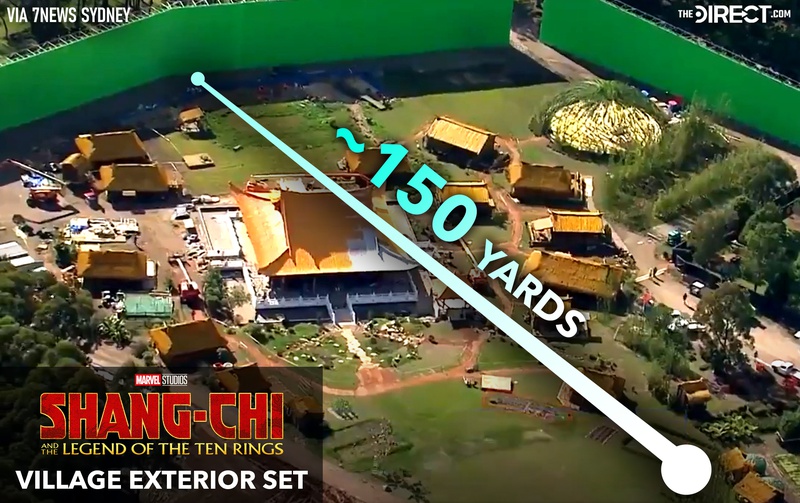 7News reported that production and set building for Shang-Chi and the Legend of the Ten Rings has resumed in New South Wales. The news station even provided helicopter footage of the massive set with crew continuing to work on its construction:

It's not Asia and it's not Hollywood; it is Western Sydney, home to the newest addition of the @Marvel movie franchise. The 7NEWS chopper captured these scenes today as work resumed building the set for the upcoming production, Shang-Chi and the Legend of the Ten Rings. #7NEWS pic.twitter.com/pvDbMyRHlb

Here are a series of still photos captured from 7News and their video report: 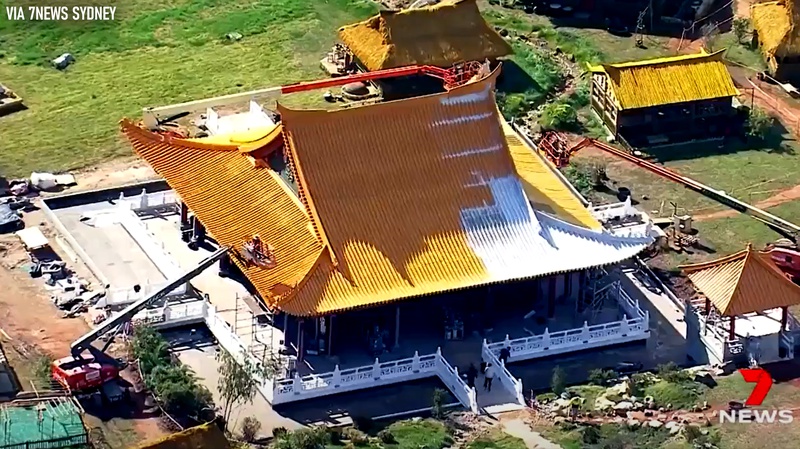 Notice that the roof for this large building, likely a palace or temple, is being painted. However, in the earlier aerial view of this set months ago, it seemed to be finished. This likely means that production had to repaint it again for unknown reasons. 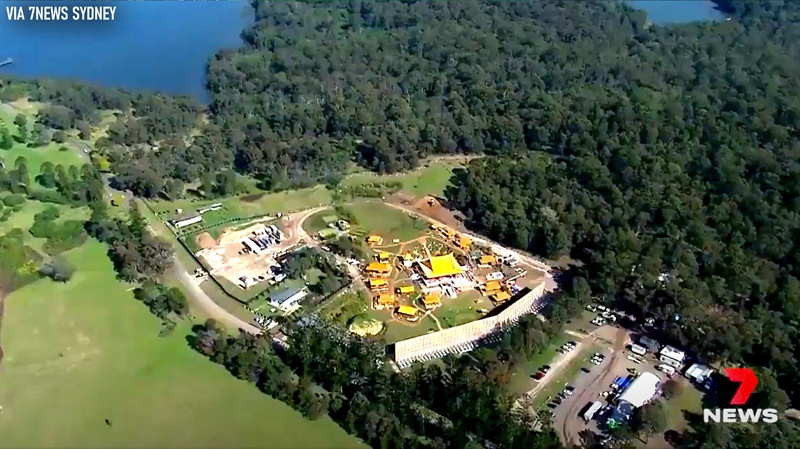 An aerial view of the entire set, showing the full size of the Asian village. 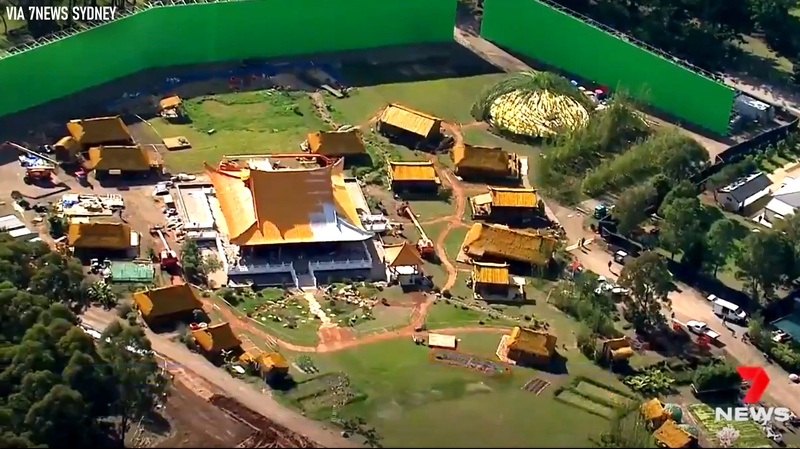 Another aerial view angle, with this one being a bit closer in order to see the layout of the buildings and other set pieces. 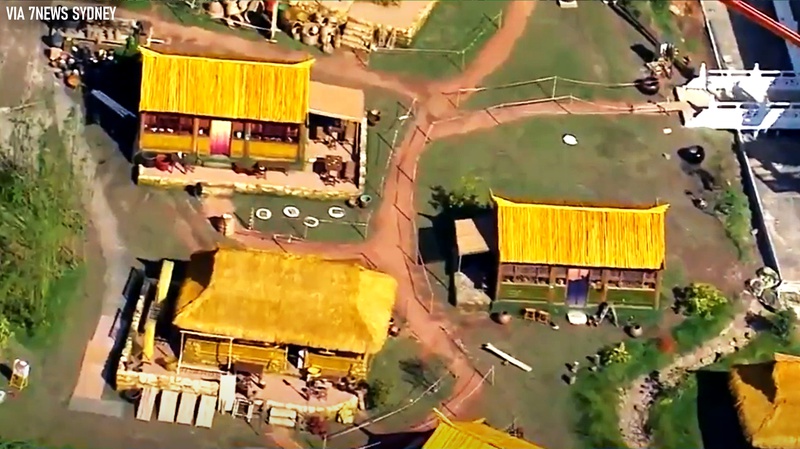 A closer look at the smaller structures surrounding the one in the center. There doesn't seem to be any modernized kind of structures on set, but it is difficult to tell what is part of the set or the construction of it. 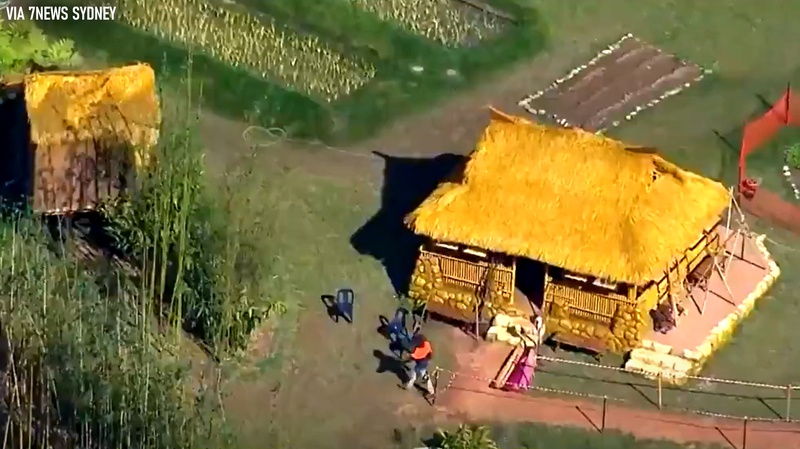 Finally, a much closer look at one of the homes made for this Asian village set. The stone foundation for the house, along with the steps, is also viewable. One can see a crew member and two lawn chairs as well, which are very likely not part of the set but rather for the crew.

Additionally, there are high-quality photos provided by The Daily Telegraph :

Considering the architecture for the buildings, especially the smaller homes surrounding the large palace or temple, this may indicate that the set might not be set in modern times. This notion takes precedence with past rumors and casting calls that indicate audiences will see flashbacks, likely about The Mandarin and his rise to power .

Fans should really temper their expectations on production resuming and going smoothly since it was recently reported that the state of Victoria has gone under lockdown again due to a recent spike in confirmed cases of the coronavirus. There is no telling if the virus could jump to New South Wales and have an equally negative effect as it did in Victoria, meaning that production would be shut down again.

However, if filming goes as planned in Australia without any delays and finishes, then production for Thor: Love and Thunder will begin in New South Wales shortly after , just as Thor: Ragnarok had filmed there over two years ago.