Marvel Studios has always been on top of their game with releasing content to fans both in terms of the movies they put out and the collectible content that arrives alongside them. Not only does every film come with dozens of different wearable and collectible items teasing the movies' plots, there are new box sets released seemingly by the year with different collections of the films that have released up to a certain point in time.

Marvel Studios' Infinity Saga reached its official conclusion nearly a year ago with the release of Spider-Man: Far From Home in theaters in July 2019, leaving a huge void for fans after its home release in October . With almost five months until the official start of Phase 4 , news has just released that should bring plenty of excitement for fans in need of MCU material.

Via a new report from DigitalSpy , a massive 4K box set of Marvel Studios' Infinity Saga is set to release in the United Kingdom on November 2, 2020, and is currently available for preorder. The set includes 50 discs, runs for £399.99 in price and can be pre-ordered here. 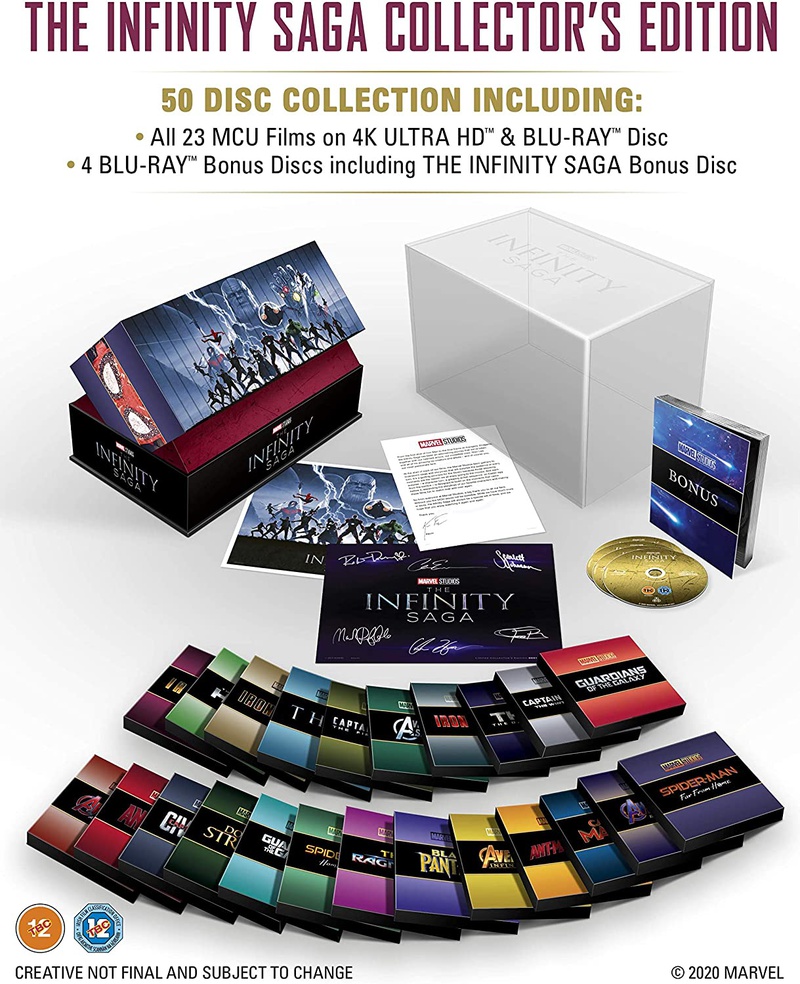 This box set is something that could occupy any Marvel fan for almost the rest of their lives with how much material is included. The set has all 23 of the films from Phases 1-3 along with dozens of deleted/extended scenes , directors' commentaries, blooper reels, behind-the-scenes featurettes and more to give as much insight as possible into one of the most popular franchises of all time. There appears to be new exclusive deleted material included in this box set as well, which is an incredible commodity for fans to get their hands on.

The US version of this box set was released last year, which is slightly different than its UK counterpart. This newly-unveiled UK box set includes two additional bonus discs from the Phase 3 Part 1 and Part 2 collection sets , both discs of which the US box set lacked. The US version sold out expectedly quickly, and there are almost no doubts that the new edition in the UK will run out of stock before too long as well.