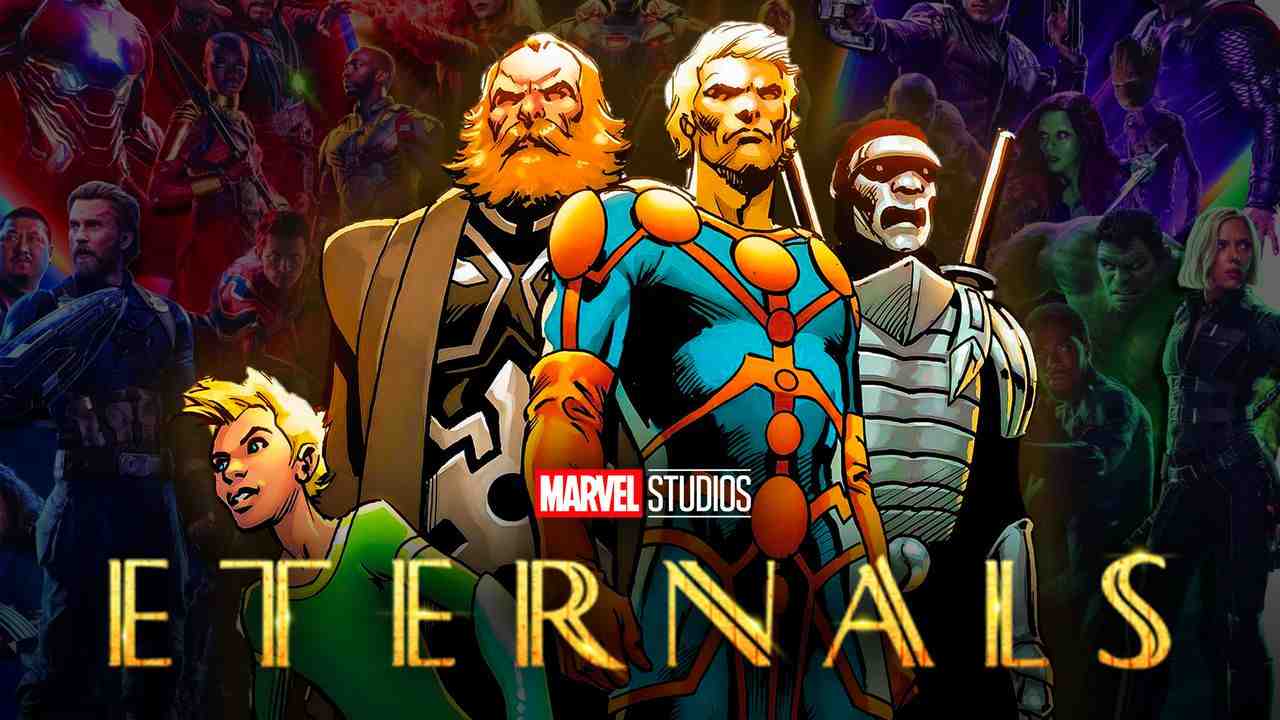 Marvel Studios is coming back into the entertainment spotlight in a big way in 2021 thanks to the beginning of the Marvel Cinematic Universe's Phase 4. Starting off with WandaVision on Disney+ , five more shows and four movies will arrive over the next twelve months, including some that have plenty of hype built up already.

One of the most hyped projects at the moment is Marvel Studios' Eternals , which completed filming a while ago but has faced multiple delays thanks to the global COVID-19 pandemic. With one of the most expansive casts of stars in Phase 4 and early awards buzz surrounding its release , it's safe to say that director Chloé Zhao's epic has some high expectations attached to it.

Additionally, along with those expectations for Eternals , the director recently revealed how that comes with plenty of risk as well.

CHLOÉ ZHAO SPEAKS ON THE RISKS OF MARVEL'S ETERNALS

In a recent interview with Digital Spy , Eternals director Chloé Zhao spoke on how "(Marvel Studios) took a big risk" in bringing this movie to life.

"Well, I do think, this is so boring you are going to roll your eyes, but I think Marvel, I think this film is very – I think they took a big risk with this one. I think they're going to surprise you. I hope so."

Specifically, Zhao elaborated on how Marvel took the risk knowing that she and her team "wanted to shoot on location" with "wide angles" so that she could get all the visual effects that she wanted to be done the right way.

With the way Zhao shot this movie in real locations, she seemed to go back to the days when she "imagined (she) want(s) to be a manga artist," potentially indicating a very comic-book feel in Eternals .

"We shot mostly on location, but I love being on the stage, learning about the technology, 'cos I grew up with manga. I always imagined I want to be a manga artist. So for me, I always imagined stuff that doesn't exist."

MCU FANS IN FOR SOMETHING SPECIAL

Recent rumors have suggested just how Marvel plans to bring something never seen in the MCU before with the action and story of Eternals . These quotes from Zhao simply reinforce how potentially special this film will be in relation to its predecessors.

Only a few photos have revealed anything from the set of the new film, but what fans have seen so far displays some of the most incredible real-world sets in recent MCU memory. Using this kind of imagery along with some of the best acting talent in the business is surely going to make for something unique when it hits the big screen.

Her last quote seems to indicate that even more so than usual. This Marvel movie is going to feel like something taken straight from the pages of Marvel Comics . While all MCU movies try to do that to an extent, this already seems to be something different from what's come to screens in the past. With everything teased in concept art , Zhao appears to be doing anything she can to make Eternals stand out from the crowd in every way.

Eternals is set to release in theaters on November 5, 2021.