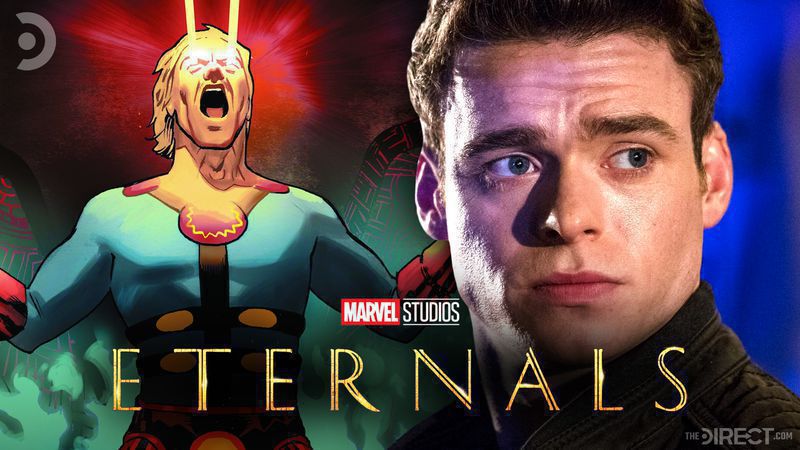 The Eternals is the first film in Phase 4 to be based on entirely new characters entering the Marvel Cinematic Universe, but has yet to release a trailer or any major plot details.

The film, which is now set to release on February 12, 2021, has been quietly continuing visual effects work remotely from home. The Eternals boasts an incredibly star-studded ensemble cast, bringing together the likes of Angelina Jolie, Kit Harington and Gemma Chan.

One of the many actors to join the cast is Richard Madden in the role of Ikaris, who has received widespread attention for his roles in Game of Thrones and Rocketman. This acclaim has now seemed to have spread to the higher-ups at Marvel Studios in a new rumor...

In a Twitter AMA, insider KC Walsh (@TheComixKid) responded to a now deleted tweet to reveal what he has heard about the state of The Eternals. Whilst it is not outright stated, it can be inferred that 'Marvel' refers to the executives at the company.

No idea what Paramount is planning with Transformers

The positive reception that Richard Madden is rumored to be receiving should come as no surprise, given his numerous high-profile acting roles and accolades that he has earned as of late. In addition to starring in recent blockbusters, such as Rocketman and 1917, Madden won a Golden Globe for Best Actor for his work in the BBC television series Bodyguard.

Marvel's apparent singling out of Madden indicates that there is a large likelihood that we will see more of the actor, and his character Ikaris, in more Marvel films to come. Madden also previously starred in the reboot of Cinderella, indicating a good working relationship between him and Disney.

Past The Eternals, this could lead to a more prominent focus for the character in a potential sequel or the prioritizing of a headlining role in a future team-up adventure with other Marvel characters. Ultimately, given Madden's track record, the actor will be sure to impress audiences in the role when The Eternals finally hits theaters next year.