The Marvel Legends series by Hasbro has been bringing the Marvel Cinematic Universe to life for years by way of highly detailed six-inch action figures. While this line of figures has consisted of many fan-favorite MCU characters and moments, Hasbro is now venturing into the world of Sony's Venom for its next set of toys, as well as featuring other villainous appearances from the Spider-Man family.

Hasbro's Marvel Legends line has recently unveiled a new set of six-inch action figures, this time hailing from the world of Spider-Man. The figures include characters from Sony's Venom , Marvel's current animated Spider-Man series, and Morbius the Living Vampire.

The wave also features individual parts in each package that forms a Venompool figure. 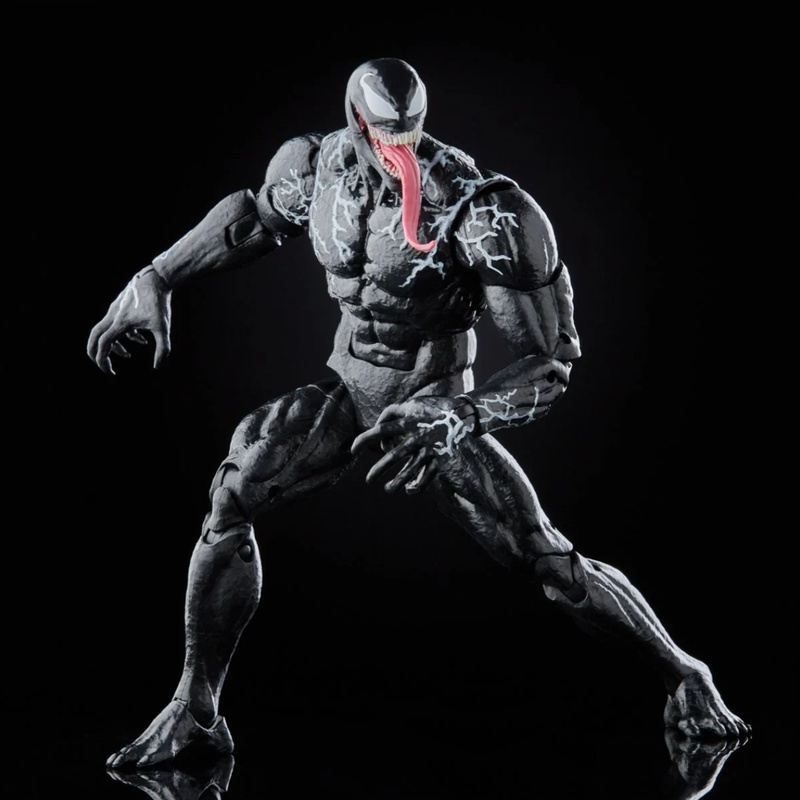 The first figure is Venom from Sony's 2018 Venom film, which starred Tom Hardy as the titular character. The character comes with two face options, the first with Venom's menacing tongue, and the other with the antihero's wide-eyed grin. Pre-order here . 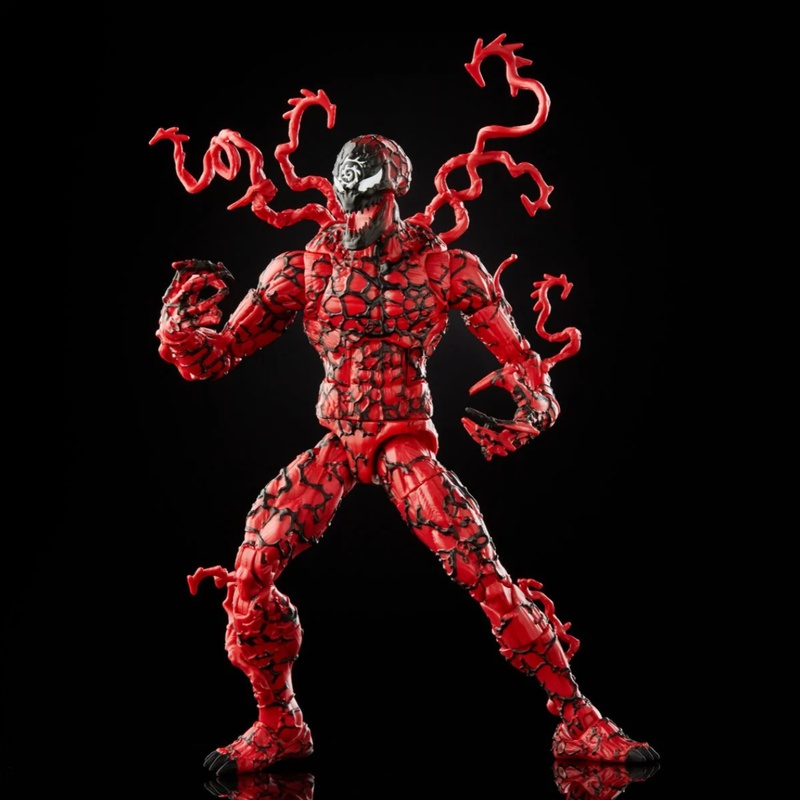 Of course where there's Venom, there's going to be Carnage. The next figure is a Carnage design that fits the film's visual aesthetics. The Carnage figure has long, tentacle-like arms of the symbiote protruding from his back, and two head options as well. Pre-order here . 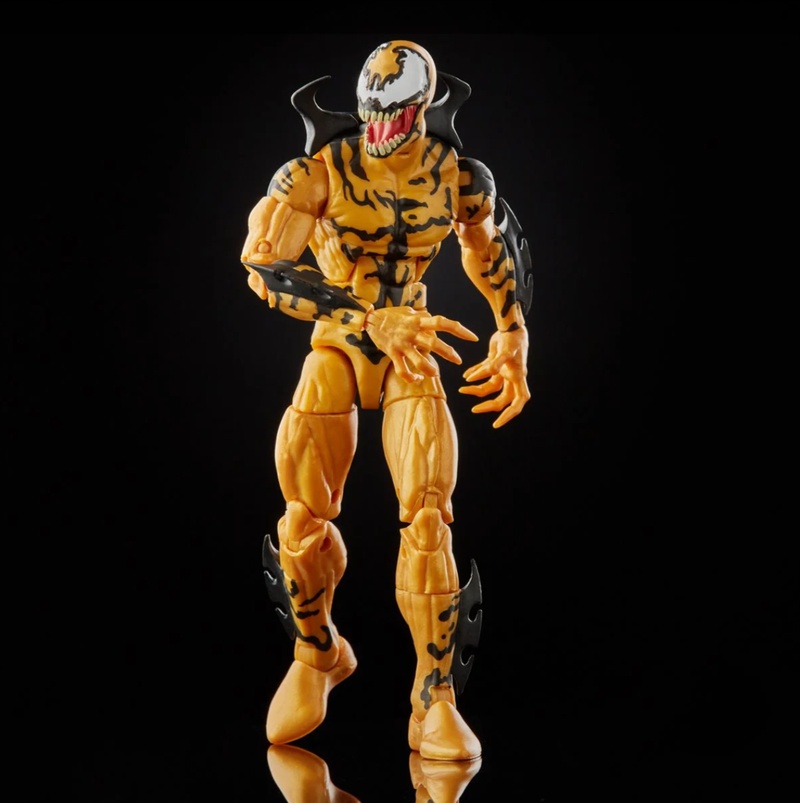 Next up is the yellow symbiote villain Phage, complete with an arm-blade extension and sharp protrusions all over. This figure closely adapts the character's comic book looks, while still staying true to the aesthetics of the other Venom figures in this wave. Pre-order here . 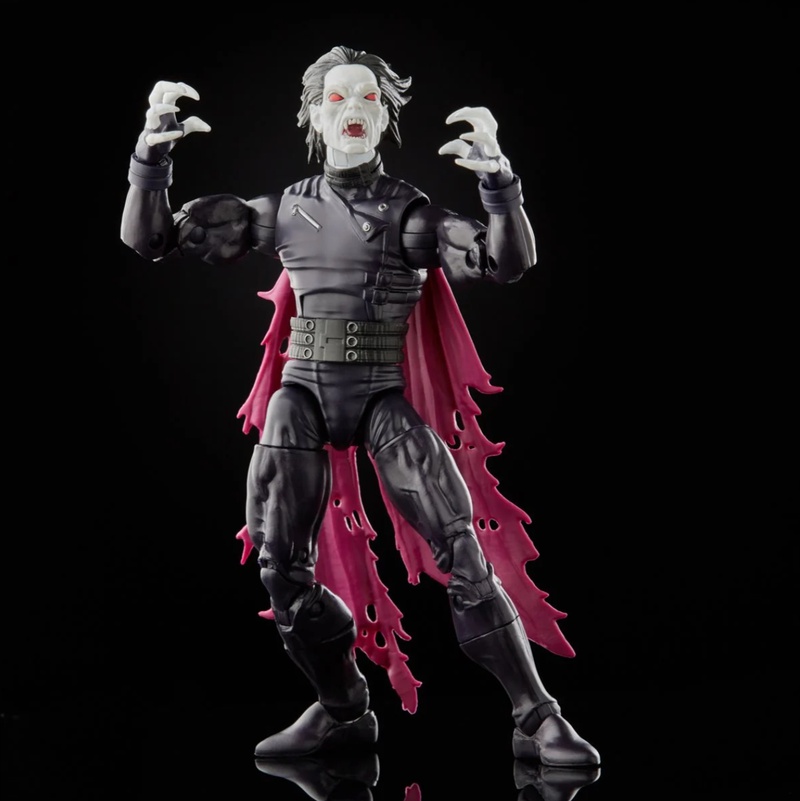 Venom is not the only Sony anti-hero featured in this line of figures. Morbius the Living Vampire is the next action figured in this wave, and even though the design seems to be adapting the comic book character's look more than the upcoming Jared Leto portryal, it is still an impressively detailed and menacing sculpt. Pre-order here . 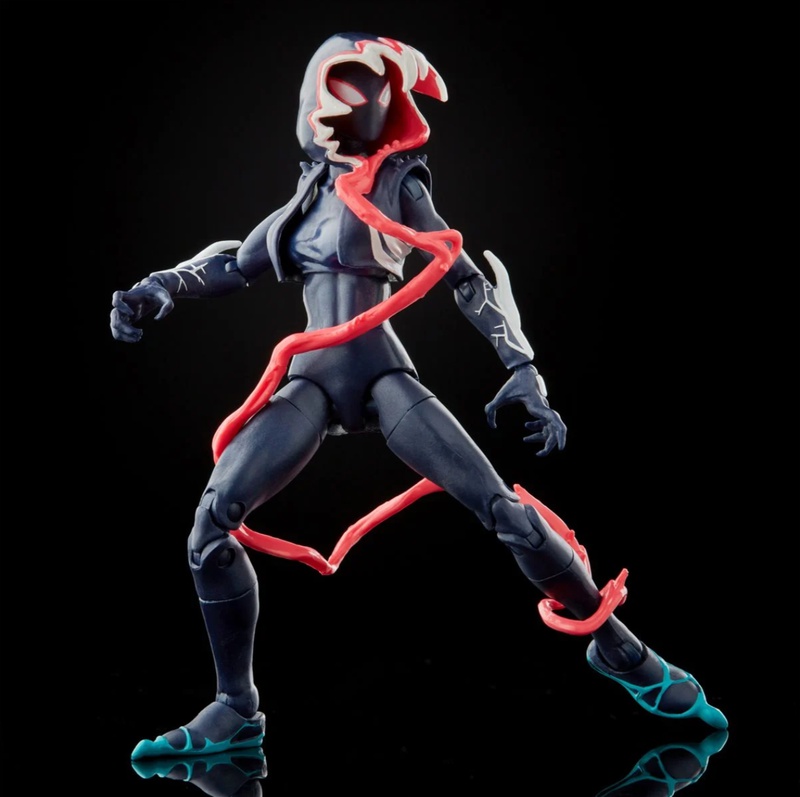 The next figure comes from Marvel's Spider-Man , the animated series on Disney XD. The figure is of Gwen Stacy's Ghost-Spider as seen in the Maximum Venom story arc. The figure appears to be a black, Venom version of the character, complete with a sleek symbiote look and ballerina shoes. Pre-order here . 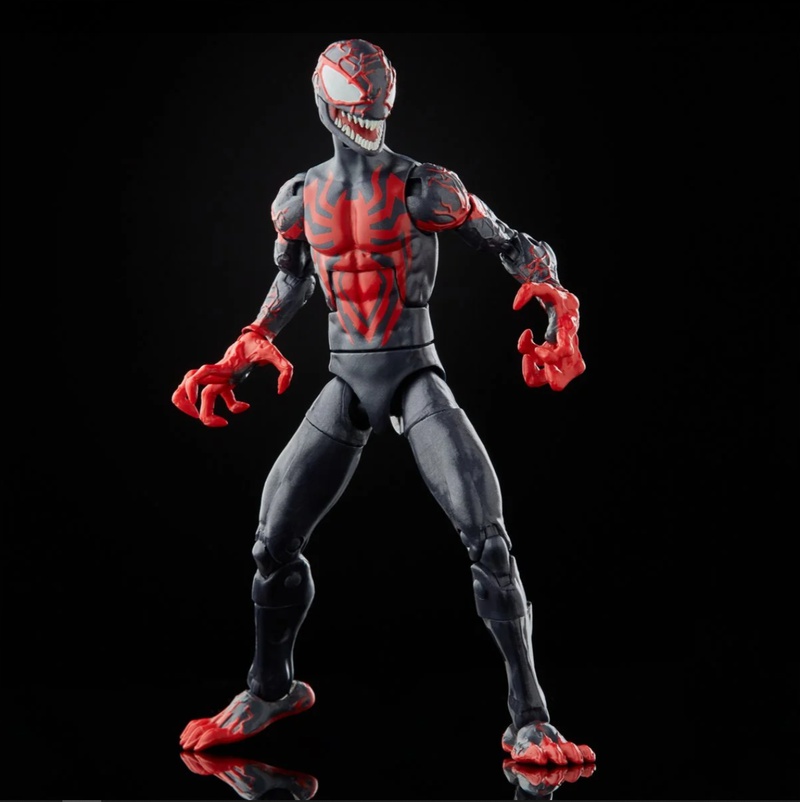 The final figure in the Marvel Legends wave is a Venom Miles Morales, also from the Marvel's Spider-Man animated series. The figure keeps the character's black and red costume color scheme, but adds a terrifying grimace and long sharp fingertips. Pre-order here .

Hasbro's Marvel Legends goes full Venom in this wave, featuring many different symbiote-affected versions of popular Spider-Man characters, as well as other fan-favorites like Carnage and Morbius. This line of figures will definitely add a sinister addition to any collection.