Loki Reveals True Reason Why He Hurts People In the MCU 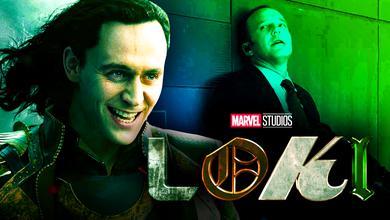 WARNING - This article contains spoilers for the premiere of Loki.

WandaVision and The Falcon and the Winter Soldier have shown that the longer-form episodic format of Marvel's Disney+ ventures allows the studio to dive into its characters in a way that was never possible on the big screen. Both series released so far display authentically damaged main characters with their debut solo stories acting as a figurative therapy — or literally in Bucky's case.

The premiere episode of Loki has already revealed that Marvel's latest project will be no exception to the rule. Throughout the first episode, fans are introduced to the beginning of the relationship between Tom Hiddleston's Loki and Owen Wilson's Mobius as the TVA agent tries to understand the psyche behind the God of Mischief.

While it takes some time for the Asgardian to open up, the episode-long interaction eventually leads to a major revelation about the motivations behind Loki's villainous actions.

Towards the end of the premiere episode of Loki, the title character is shown a look at the life he would have lived had he not escaped the timeline.

From his mother's death at the hands of the Dark Elves to his own death in the clutches of Thanos, Loki winces through the pained future that plays before him. The very sight of Loki's unsupervised reactions to the footage reveal a lot about the character's love of his family and his genuine fear of death.

Still reeling from seeing the life he could have lived, Loki opens up to Agent Mobius about the reasons why he chooses to inflict pain on others.

MOBIUS: Ok, explain that to me.

LOKI: Because it's part of the illusion. It's the cruel elaborate trick: conjure the weak to inspire fear.

MOBIUS: A desperate play for control, you do know yourself.

MOBIUS: That's not how I see it.

IS LOKI REALLY A VILLAIN?

Ever since the beginning of the MCU, Loki's allegiance has been in question. Is he truly a villain with evil intentions, or is he simply a mischievous god struggling to find his place in the world? Taking the God of Mischief out of the sacred timeline at his peak villainy allows for an exploration of this question in a way that wouldn't be possible with a more modern version of the character.

The explanation that has been provided as to why Loki chooses to hurt others makes it clear that the Frost Giant turned Odinson is, at very least, a selfish person. While it's clear that he isn't necessarily malicious, his feeling of weakness compared to his brother Thor has led to his need to feel dominance over others.

Going back to Thor and The Avengers, Loki's intentions were relatively simplistic in that he had a desire to rule. This led many moviegoers to take Tom Hiddleston's character at face value: a stereotypical power-hungry antagonist. Ten years and many subsequent appearances later, and Marvel has successfully turned the Asgardian prince into a fan-favorite character with mischievous intentions, complete with a gradual redemption arc to make it truly believable.

What path this new variant of Loki will take in his Disney+ series remains unclear, however, the “therapy” he has already seen from the first episode certainly seems to be pushing him down a new redemption arc altogether.

The first episode of Loki is streaming now, exclusively on Disney+.