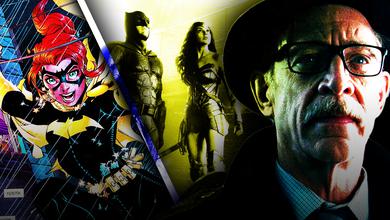 After years of waiting, Zack Snyder's Justice League is finally a reality, and the film has taken the internet by storm as evidenced by the massive wave of reactions on social media. In a way, this is a good sign for those who want to restore the Snyderverse, and as expected, the visionary director is already providing tidbits about his original plans for his DCEU vision.

In the lead-up to the debut of the four-hour HBO Max film, Snyder has been the man leading the charge in terms of promoting his version of Justice League, and the director did it by providing massive clues about different story beats and character moments that would show up in the project.

Now that the movie has premiered on the streaming service, Snyder looks ahead by sharing information about upcoming sequels for his Justice League. One of the reveals is the implications of Clark Kent and Lois Lane's family life in the DCEU, and the director already confirmed that Justice League 3 would've featured the son of the power couple as the next Batman to pay tribute to Ben Affleck's ragged veteran hero.

While fans are still recovering from the mind-blowing reveals from the Snyder Cut, a new piece of info has emerged about the future plans of the director for a popular DC character.

Zack Snyder recently sat down with Esquire to talk about his version of Justice League, and one of the topics that were discussed is the ending of the film.

The director once again confirmed that Lois Lane is “definitely pregnant” by the end of the four-hour epic while also revealing that Bruce Wayne's congratulations line to Clark Kent was in reference to the character's pregnancy.

Upon unveiling that tidbit, Snyder bared that it was always his intention to bring Barbara Gordon to the DCEU, teasing that she was supposed “to play a bigger role.” The director then shared that Barbara would potentially end up being Batgirl during the “window where there was no Batman” after the Caped Crusader sacrifices himself in the fight against Darkseid:

“You see, I always wanted Barbara Gordon to come in the movies. Commissioner Gordon would be on the way out, and we'd have Barbara starting to play a bigger role. My idea was that after Batman sacrificed himself, there would be a window where there was no Batman, and I thought Barbara could fill that until the child of Superman and Lois, who has no powers, would become Batman when he was of age.”

Snyder even teased his idea of Barbara becoming the mentor of the new Batman during his planned storyline for Justice League 3:

“That was the idea anyway. It just seemed to make sense. Then, of course, Barbara could have been his mentor, but who knows? That's all just... see now we're just wishful thinking.”

It is clear that Snyder has a solid plan for the DCEU and it's unfortunate that it will not move forward (for now) after the successful release of his Justice League.

The idea of Barbara Gordon taking over the post as Commissioner of the Gotham City Police District will likely not happen instantly, but the interesting part of this reveal is the possibility of seeing the character transition into Batgirl. The dynamic of Batman and Batgirl is one that hasn't been explored that much in live-action, and it would have been interesting to see what Snyder cooked up for the two Gotham heroes.

Many would agree that Batgirl's debut in the DCEU is a long-time coming, and seeing the hero side by side with Batman would have been a sight to see for fans.

Still, there is a chance that the character will arrive in live-action form since DC recently confirmed that a project centered on the Gotham hero is currently in development. However, this film or series is expected to not take place in the Snyderverse.

At this point, it remains to be seen if the Snyderverse will ever be restored, especially after Snyder confirmed that the theatrical cut of Justice League is DCEU canon. However, it is reasonable to assume that anything is possible, especially after the release of the Snyder Cut.

If Warner Bros. and HBO Max decide to give Snyder another chance, it is safe to say that the director would be ready to showcase his vision once more.