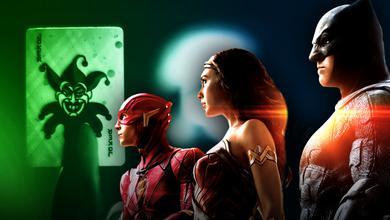 The anticipation is high for Zack Snyder's Justice League, especially after the barrage of tidbits and promotion that surfaced in the past days. This was due to the game-changing reveal that the project will officially arrive on HBO Max on March 18, meaning that the debut of the much-talked-about cut will happen in just a matter of weeks.

It's no secret that the Snyder Cut will be vastly different from the much-maligned theatrical film that premiered back in 2017. As a result, Snyder made sure that everyone is aware that his vision isn't integrated with the previous cut, providing fans with numerous teases that ultimately led to the film's official announcement last May 2020.

One of the stark differences that the Snyder Cut will integrate is the inclusion of other DCEU characters like Harry Lennix's Martian Manhunter and Jared Leto's Joker. The latter is an intriguing addition, considering the reception that Leto received from 2016's Suicide Squad. Still, fans welcomed the involvement of the villain in this new Justice League, mainly due to the trust that they have for Snyder's vision.

Now, a fresh look at the character has been revealed.

THE JOKER'S NEW LOOK IN THE SNYDER CUT

In a post from Vero, Zack Snyder posted an image from his version of Justice League, seemingly teasing the brand-new character design of Jared Leto's Joker that will be showcased in the upcoming four-hour cut.

The image includes a Joker card alongside a blurry picture of the Clown Prince of Crime.

In a tweet, Snyder praised David Ayer's introduction of Joker in 2016's Suicide Squad while also hyping up the eventual debut of Leto's iteration in his Justice League.

Update: Suicide Squad director David Ayer responded to Snyder's tweet by acknowledging the fact that the Justice League director “set the tone for creativity and freedom” in the DCEU.

You set the tone for creativity and freedom. Thank you 🙏🏼 https://t.co/wLdycNDqQW

WILL THE SNYDER CUT REINVENT THE JOKER?

Based on the image, it looks like Leto will incorporate some design aspects of Joaquin Phoenix's iteration from 2019's Joker. It remains to be seen how Zack Snyder's Justice League will explain the character's evolution in the film, but it's safe to say that the wait will be worth it as evidenced by this official still.

Details about Joker's role in the Snyder Cut are still being kept under wraps, but the story possibilities for the character are endless considering the fact that his story from Suicide Squad wasn't completely resolved.

The villain's long hair is evident in the image, suggesting that a time jump is involved. This could hint that the photo is taken from the Knightmare timeline, and Joker is being interrogated by Ben Affleck's Batman.

Interestingly, the Joker card that is featured in the still looks like the same one that was taped in Batman's gun from the Knightmare sequence from Batman v Superman: Dawn of Justice. This very much suggests that the shot above is from the apocalyptic future of the DCEU, potentially teasing a heated confrontation between the two bitter rivals.

Snyder did previously confirm that the villain is involved with stealing one of the mother boxes from Darkseid in the aforementioned timeline, which means that Leto could incorporate a disguise to accomplish the mission. That said, the design above could end up serving as the potential disguise of Joker.

Without a doubt, Joker will definitely play a big role in the Snyder Cut, and it will be exciting to witness how it all unfolds next month on HBO Max.