After Ray Fisher's allegations detailed abuse from the likes of Joss Whedon and Geoff Johns throughout production of Justice League, the Cyborg actor has received renewed support from his co-stars via social media. Kiersey Clemons and Jason Momoa both have iterated that they stand with Ray Fisher and his claims, and their show of support has resulted in Warner Bros. conducting an investigation into Fisher's claims.

In one of the latest developments in the ongoing controversy, Warner Bros. released their own official statement, firing back at Ray Fisher's allegations, claiming that Fisher has been uncooperative in the studio's attempts to investigate his claims. Fisher communicated his own response, and now it appears that Jason Momoa took to Instagram to post his own reply as well. 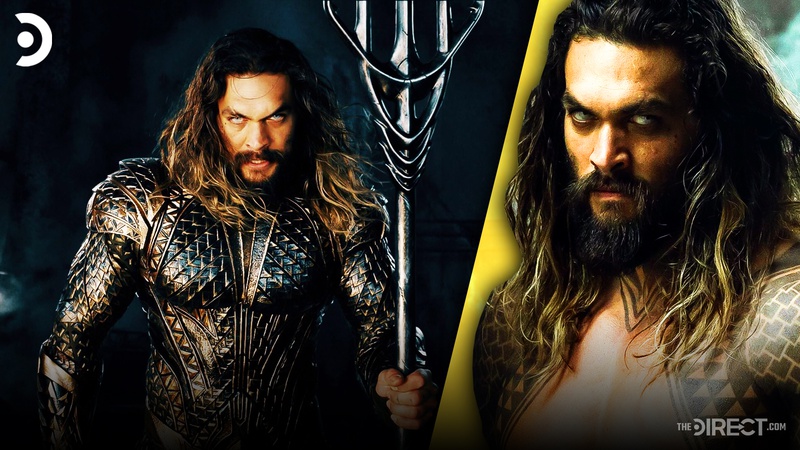 In a new Instagram post, Aquaman actor Jason Momoa called out Warner Bros. and the studio's response amid the ongoing investigation into Ray Fisher's allegations of abuse on the set of Justice League. Momoa also reiterated his support for Ray Fisher in the post:

THIS SHIT HAS TO STOP AND NEEDS TO BE LOOKED AT @ray8fisher AND EVERYONE ELSE WHO EXPERIENCED WHAT HAPPEN UNDER THE WATCH OF @wbpictures NEEDS PROPER INVESTIGATION I just think it’s fucked up that people released a fake Frosty announcement without my permission to try to distract from Ray Fisher speaking up about the shitty way we were treated on Justice League reshoots. Serious stuff went down. It needs to be investigated and people need to be held accountable. #IStandWithRayFisher. aloha j

In response, Ray Fisher took to Twitter to elaborate on Jason Momoa's "fake frosty announcement," hinting that the actions of Warner Bros. were deceptive in nature:

If you still think Jason playing Frosty was EVER a real thing—please wake up! Hopefully now people see the depths that some are willing to go to hide the truth. To think they believed my brother would sellout the cast/crew of JL for a corncob pipe and a button nose...🤦🏾‍♂️ A>E pic.twitter.com/zi5KkYbjF9

Kiersey Clemons and Jason Momoa vocalizing their support of Ray Fisher is evidence that Fisher is not alone in this ongoing confrontation with Warner Bros., and Momoa's latest social media post illustrates just how significant Fisher's claims are from his perspective, claims to which he continues to reiterate are accurate by him posting #IStandWithRayFisher.

Arguably the most revealing line in his post is when Momoa states: "I just think it’s fucked up that people released a fake Frosty announcement without my permission to try to distract from Ray Fisher speaking up...". While the reasoning is not explicitly mentioned in the post, it's likely that this line is in reference to the announcement of Momoa's involvement in the live-action Frosty the Snowman film, of which Geoff Johns and Jon Berg are producers.

According to Fisher's response, Momoa's involvement in the Frosty the Snowman film was meant as a compromise for the Aquaman actor supporting the studio amid the controversy. Geoff Johns and Jon Berg were both acknowledged in Fisher's abuse claims, alleging that they both encouraged Whedon's behavior on set.

It's clear that this controversy is not going away any time soon, and if anything, that Momoa's recent social media post insinuates that questionable behavior from within Warner Bros. resides farther than the studio's influence on Justice League.