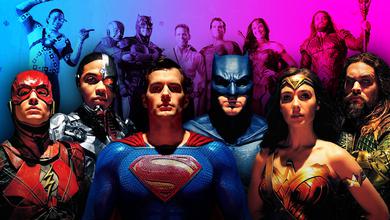 The last couple of weeks have provided tons of behind-the-scenes material for Zack Snyder’s director’s cut of 2017’s Justice League. Snyder himself has been featured in multiple interviews discussing both the movie itself and the recent trailer, while other members of his team have teased countless images and videos mostly from the film’s original shoot in 2016.

Most of these shots have been centered around individual characters sometimes alongside supporting actors from their previous solo movies in the DC Extended Universe. A new post from the movie has just arrived as well, one that brings the whole Justice League team together in one shot.

Justice League and Snyder Cut cinematographer Fabian Wagner recently took to Instagram to share a candid group shot of all six actors in the movie’s core cast surrounding director Zack Snyder. Everybody is in full costume except for Ray Fisher in his CGI suit, and all of them look as happy as ever in front of the green screen set.

A different shot of this same pose was previously previewed in Zack Snyder's Justice League panel at DC FanDome in August.

The full post on Instagram can be seen below with the caption "Well that’s all from me for now. Hope you enjoyed it as much as I did. Thanks to all of you for makiI grin it happen. You rock.":

Fabian Wagner has spent most of the last few weeks teasing over a dozen new images from the set of Justice League, but this one comes as the first that includes all six of the movie’s biggest heroes together as a unit. The setting likely indicates that this shot is from their final team-up moment from the original movie after defeating Steppenwolf, and it will be exciting to see just exactly what comes along with this moment in the Snyder Cut.

Now that the Snyder Cut is officially four hours long, it should give much more opportunity for the entire team to fight alongside each other with double the screen time of the original movie. Depending on how long it takes for Superman’s revival, there should be more than enough time for every major player to get their shine, and DC fans are as hyped as ever to see Snyder’s full vision for how they come together as one.

The Snyder Cut is set to release on HBO Max sometime in 2021.