The CW’s Batwoman has earned its place in the Arrowverse, having launched another successful female-led superhero show on network television. The show hasn’t been afraid to dip into DC’s gallery of Batman villains in its first season, introducing Hush, Magpie and Alice and the Wonderland gang to its audience.

But Batwoman has gone through quite a shakeup recently with the pandemic forcing the season to end two episodes early and with the abrupt exit of star Ruby Rose. Following Rose’s exit, the producers have opted to reboot Batwoman with a new character instead of recasting the Kate Kane character. According to a casting leak, the new lead who will be picking up the cowl goes by the name Ryan Wilder and will be completely different than Kane.

This now leaves the series in the difficult position of finding ways to introduce a brand new lead character into an established show while dealing with the logic surrounding Kane’s exit. In an exclusive report, The Direct has gained more insight into how the second season will deal with these issues.

According to our contributing insider Daniel Richtman, there are plans to introduce Jonathan Crane AKA Scarecrow as a villain in Season 2, with casting for the role now underway. Scarecrow will be responsible for the murder of Ryan Wilder’s mother, which motivates her to want to become Batwoman.

Additionally, it's been revealed that Kate Kane will die in the second season of Batwoman, although the details of how are currently unknown. After Kane’s death, Wilder manages to steal Kane's Batwoman suit in order to hunt down Scarecrow and seek revenge.

Introducing Scarecrow as a prominent figure in the series is an exciting development. The character is a quintessential Batman villain and has previously had notable appearances in Christopher Nolan’s Batman Begins, Gotham and the Batman: Arkham video game franchise. In Batwoman , Scarecrow’s alias Dr. Jonathon Crane has been mentioned as a colleague of August Cartwright, who is known for kidnapping and keeping Beth Kane captive. Crane’s relationship to Cartwright could have some influence on Scarecrow’s introduction in the series.

Scarecrow’s debut will also be an effective way to bring Ryan Wilder into the story. Wilder’s origin story begins with the villain killing her mother to give Wilder a revenge complex for when she puts on the suit. This could signal a rougher version of Batwoman as she seeks to kill Scarecrow for his crimes. If Scarecrow is to launch an assault of fear on Gotham, as he has in previous iterations, Wilder’s personal vendetta against him will give her the needed motivation to step up as Batwoman and stop him. 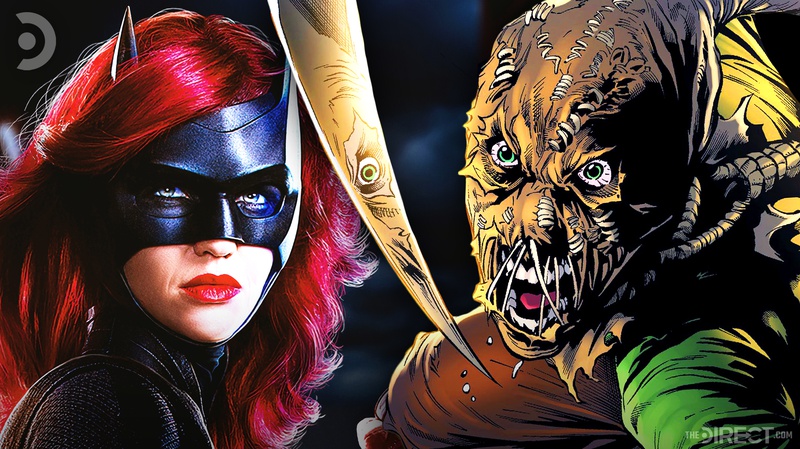 The new details regarding the exit of Ruby Rose's Kate Kane certainly answer the question of why there will be a new Batwoman in season two. In the wake of Kane’s death, the Batwoman mantle will be up for grabs. This will allow someone new to define the character instead of asking an actor to replicate Rose’s performance. How Kane’s death comes about is another question, which will likely leave the other main characters devastated.

The first season hinged on the relationship between Kane and her twin sister Beth/Alice as well as ongoing storylines with her father, ex-girlfriend and cousin Bruce Wayne. How Wilder can fit into these ongoing storylines, after Kane’s demise, will surely be a task for the writers going into the new season.

It’s unknown whether previously introduced villains like Alice, Hush or Safiyah will play a part in the new season or how much of a focus will be on Scarecrow. Batwoman Season 2 is set to premiere in January 2021, assuming there are no further delays due to COVID-19.