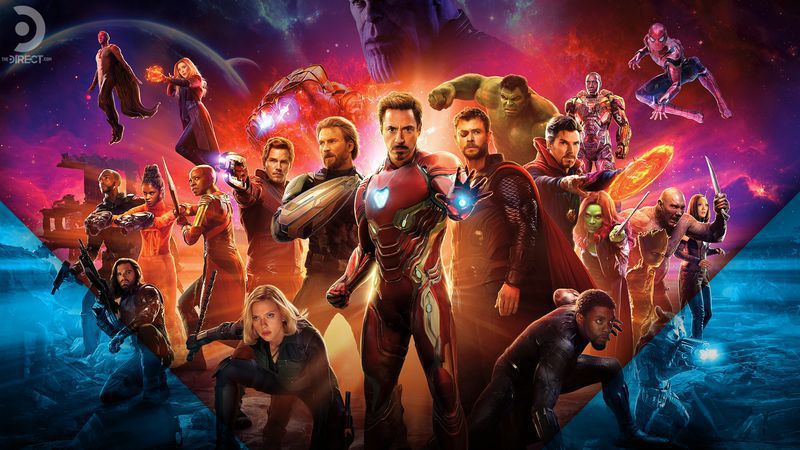 Avengers: Infinity War brought together the long-awaited team-up of almost every superhero in the Marvel Cinematic Universe with one mission in mind – stop Thanos from accomplishing his goal of collecting the six Infinity Stones. Unfortunately, the heroes failed and the Mad Titan ended up dusting half of all life in the universe. With the villain having won the battle against the heroes, the cliffhanger ending sent shock waves to fans around the world.

Two years after Infinity War premiered in theaters, fans were given a chance to experience the film all over again through Comicbook's Quarantine Watch Party. There have already been several Watch Parties for MCU movies including The Avengers, Captain America: Civil War, and Thor: Ragnarok. Directors Scott Derrickson (Doctor Strange) and James Gunn (Guardians of the Galaxy Vol. 1 and Vol. 2) also took part during the Watch Parties of their respective movies. Now, Infinity War screenwriters Christopher Markus and Stephen McFeely's joined the fun as they revealed a slew of interesting details about the Marvel crossover epic.

Here is a compilation of all the big reveals from Christopher Markus and Stephen McFeely during the Quarantine Watch Party of Avengers: Infinity War.

Can you tell this opening Thanos speech was written just after Election Day? pic.twitter.com/bXvp4sW1Ex

It's no wonder why it was a grim opening sequence.

Well, we certainly asked them to include a tag where Thanos' ship arrives. But other than that, as you can tell, that's a very Taika movie. -SM https://t.co/zbTdfA4d3G

The coordination between the writers and directors of the MCU was in full display in between the movies leading up to Infinity War.

It seemed that Markus and McFeely were not keen to add those Sherlock jokes that fans were clamoring for.

"Dude! You're embarrassing me in front of the wizards!"

This line was such an iconic one from Tony Stark during Infinity War. It's a good thing that it was kept by Markus and McFeely in every draft of the script.

Guardians characters were fun to write

Not really. He'd set them up so well that it was just great fun to play with his toys. -CM #Infinitywar #QuarantineWatchParty https://t.co/OGQDroU2Wi

With the MCU being an interconnected franchise, it is imperative for certain characters to be loaned off from one franchise to another.  James Gunn's Guardians were set up well, making the job of Markus and McFeely easier.

When the Guardians saw the wreckage of Thor's ship, fans believed that the team had no clue who was responsible. However, Markus revealed that Gamora was fully aware that this was done by Thanos. Now that's a father-daughter connection right there.

Thor and the Guardians' first meeting was originally longer

This scene could've been 20 minutes. There's a lot on the cutting room floor from this one. #Infinitywar #QuarantineWatchParty -SM

When characters first meet in an interconnected franchise such as the MCU, fans expect longer banters and introduction. This seemed to be the case during an earlier draft of the first meeting between Thor and the Guardians of the Galaxy in Infinity War.

Guardian's runtime had no time limits

It was always in flux, as far as we know. Kevin Feige never gave us specific time limits or anything. #Infinitywar #QuarantineWatchParty -SM https://t.co/6Ns3CJ03lg

With so many characters in a jam-packed movie, one would assume that there may be a limited run time for each character. McFeely revealed that Marvel Studios president Kevin Feige gave no such rules, making the job a little easier for the writers.

Waititi wrote one of Thor's lines

McFeely revealed that Taika Waititi, director of Thor: Ragnarok, helped them in writing one of Thor's funniest lines in the movie. After Drax claims that Níðavellir is a "made up" word, Hemsworth's Thor quips back "All words are made up." This revelation was an exciting one for many fans who are eagerly waiting for more iconic lines in Thor: Love and Thunder.

Natasha doesn't like to talk about herself, so that's tough. Tony does, so that's easier. #Infinitywar #QuarantineWatchParty -SM https://t.co/qIOOS3vaCc

Writing dialogues for the MCU characters was definitely not an easy task.

This whole sequence once took place in Paris, where they were attacked by a swarm of Outriders. Things change. -CM #Infinitywar #QuarantineWatchParty https://t.co/9Erkm7hBsS

This alternate scene would have given Vision a fighting chance against Thanos considering that he would have not been stabbed by Corvus Glave in Edinburgh.

For those unaware, Captain America's entrance was supposed to happen during the battle of Wakanda. It was a wise decision to change it, as Cap's screentime would've been evenly more limited than it was in the final cut.

There was a time this little Gamora intro started the script. #Infinitywar #QuarantineWatchParty -SM

Is the Collector still alive?

Truly the only one who can answer this question is Guardians of the Galaxy director James Gunn. One would hope that this will be revealed in Vol. 3.

Straight from the comics

Screenwriters paying homage to certain scenes from the comics is a common practice in several MCU films. As revealed by Markus, Infinity War was not an exception.

Thanos learned a hard lesson during The Avengers when it came to trusting Loki with an Infinity Stone. This might have contributed to his decision of collecting the stones either by himself or through his children, the Black Order.

Catch up between Natasha and Bruce

Wrote it. Shot it. Got cut. As did anything that wasn't on the stone plot. #Infinitywar #QuarantineWatchParty -SM https://t.co/loeVvNe7uG

One of the few unresolved storylines in the MCU was the romance between Natasha Romanoff and Bruce Banner. The writers revealed that they originally shot a resolution between the two, but it didn't make the final cut. One would think that this particular storyline was resolved off-screen either during Infinity War or the five-year gap during Endgame.

The hype for Wakanda

Test screenings before BP were much different than after BP. That moment killed after February '18 #Infinitywar #QuarantineWatchParty -SM https://t.co/Tft7VaYq2s

The success of Black Panther was monumental, and the reaction of many fans during the introduction of Wakanda in Infinity War was a testament to that.

Gamora's ties with the Soul Stone

With a film with so many moving parts, one would wonder if the plans for a particular character changes from time to time. This doesn't seem to be the case for Gamora, as the writers revealed that her connection with the Soul Stone was always the plan.

Thanos finding out the secrets of the Soul Stone

Nebula's reckless attempt to hunt down Thanos seemed to have backfired drastically. McFeely revealed that this played a part when it came to the Mad Titan finding out Gamora's knowledge of the Soul Stone.

Planning scene in Titan was the first to be filmed

I think this planning scene was actually the first thing we shot. -CM #Infinitywar #QuarantineWatchParty

Markus revealed that the argument between Iron Man and the rest of the Guardians on Titan was the first scene to be filmed for Infinity War. This brings a fresh perspective for fans when watching this scene again.

Nova was supposed to debut in Infinity War

It was an early idea, but we just reached a critical mass of new characters, and after we got rid of the Xandar sequence, it didn't make much sense. -CM #Infinitywar #QuarantineWatchParty https://t.co/vuaq4kyt3C

In its early development phase, Infinity War was supposed to introduce the superhero Nova. This was a good decision on the writers' end since the character can be properly introduced down the road. The question remains if it will be in his own solo movie or a minor role in one of the upcoming MCU films set in the cosmos.

Thanos ignored his destiny once

Thanos was hellbent on saving the universe in his own way after his failed attempt to save his homeworld, Titan. This was apparent throughout the film that not even his love for his daughter could stop him.

Feige broke the news to Gunn about Gamora's fate

Given how massive the stakes were during Infinity War, it was important for the other directors handling future installments to be informed about the fate of several characters. It was apparent that there was constant communication between the directors and Kevin Feige.

This scene did originally involve the birth of Smart Hulk. Filmed it and everything. Ruffalo was genius, arguing with himself. Didn't work for beans. -CM #Infinitywar #QuarantineWatchParty

Markus revealed that Smart Hulk was originally introduced during the battle of Wakanda, but it was a wise decision on their end to not include it in Infinity War. Many fans would agree that it worked better for the character during Avengers: Endgame.

All we knew at first was that the ones that involved the sacrifice of heroes should be last. #InfinityWar #QuarantineWatchParty - SM https://t.co/DBb5XoLr67

The sacrifice of Vision during the battle of Wakanda was gut-wrenching for many fans. It was fitting that his death was the last Infinity Stone retrieval for Thanos, as it gave more weight to the film's cliffhanger ending.

Thanos watching the sunrise from a grateful universe

The last frame of Thanos smiling from his 'Garden' was truly a sorrowful sight for fans everywhere.

Amid the pandemic, many fans are trying to find a way to cope with the current situation, and it's a good thing that movements such as the Quarantine Watch Party exists. Watching a movie such as Infinity War can serve as a distraction to ease one's worry during these trying times. Moreover, every big reveal that was shared by Markus and McFeely gave a whole new perspective about the film.

There is no word if there are future MCU projects for both writers. Given their MCU success, many fans would be happy if the writing duo would return to the franchise sooner rather than later.

Aeron Mer Eclarinal - More than the plethora of reveals, the watch party of Infinity War proved to be a success since it gave fans a sense of excitement through these trying times. 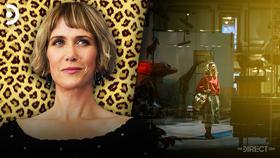 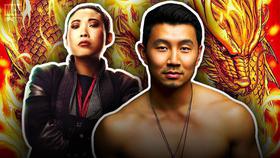 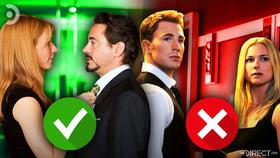