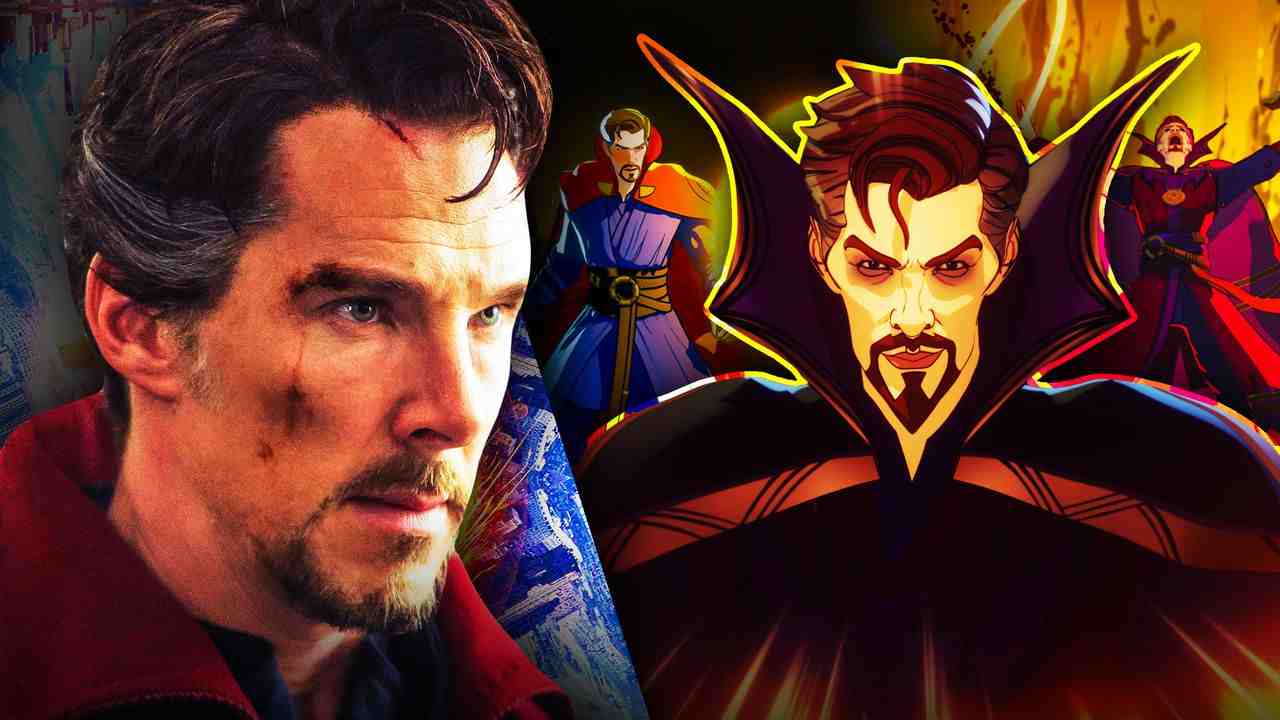 Marvel Studios is continually finding ways to enhance its storytelling through the first few entries of Phase 4 - a trend that's keeping up in a new way with the MCU's first-ever animated project What If...? .

In particular, the MCU is delivering an emotional journey unlike any seen in the franchise so far by taking old stories from the Infinity Saga and giving them a new twist. Some have been more lighthearted, such as Captain Carter saving Project Insight and T'Challa becoming Star-Lord , but Episode 4 brought one of What If...? 's darkest entries ever surrounding Benedict Cumberbatch's Doctor Strange.

While the MCU's prime Sorcerer Supreme went down his path to the Mystic Arts due to severe nerve damage in his hands, the animated version looked to magic to try to save the love of his life in Christine Palmer . Taking an almost horrifying look into Strange's psyche, this episode made a profound impact on MCU fans with its heartbreaking plot and ending.

As it turns out, some of the most prominent minds behind Doctor Strange felt that same profound impact on another level.

Using some NSFW language, Cargill praised the entire series for being "so f***ing badass" and celebrated how each episode "has captured the true spirit of the comic:"

"WHAT IF... is so fucking badass. It's just got the biggest, hairiest nads in the MCU. Every story is amazing, and each one has captured the true spirit of the comic: that while great stories can happen outside of the mainline, the sacrifices and choices made inside truly matter."

Looking specifically at Episode 4, Cargill didn't hold back when calling an episode based off a movie he wrote "a career f***ing highlight." He also gave major props to the writing team behind What If...? for capturing the essence of his MCU movie:

"Watching a WHAT IF... of my own movie is truly a career fucking highlight for me. And what great writing. This team is so fucking great. Could not be more in love with this week's episode."

What If...? head writer A.C. Bradley responded to Cargill's tweet, admitting that it was "a career highlight" to hear that kind of praise:

"this right here is a career highlight for me. Thank you @Massawyrm"

Continuing to push the hype train, Doctor Strange director Scott Derrickson shared his own opinion on Episode 4 of What If...? . Having seen a rough cut of the episode some time ago, he joined his cohorts in saying "it was terrific:"

ANOTHER HIT WHAT IF...? EPISODE

While Doctor Strange wasn't one to hide the arrogant side of his personality in his first solo movie, Episode 4 of What If...? went even deeper by looking at the Sorcerer Supreme in a state of pure desperation . Particularly with the plot featuring a version of Strange more like his movie counterpart alongside one that absorbed dozens of magical beings to become nearly all-powerful, the animated nature allowed for a plot unlike any in MCU history.

Although Cargill won't be returning as an MCU writer for now and Derrickson vacated the director's chair for the Doctor Strange sequel , both clearly loved seeing their work reimagined from the sorcerer's original journey. Both men played big roles in bringing the hero into his first MCU solo story, and he's confirmed to be a key player as Phase 4 pushes forward.

It's clear that A.C. Bradley and the What If...? team feel plenty of confidence after these comments as well, as they look forward to delivering more unique stories like the one with Strange this week. With important characters like Erik Killmonger and Tony Stark still in line for new adventures, all eyes will be on Disney's streaming service to see what comes next.

The first four episodes of What If...? are available to stream on Disney+.

What If...? Doctor Strange Disney+ MCU