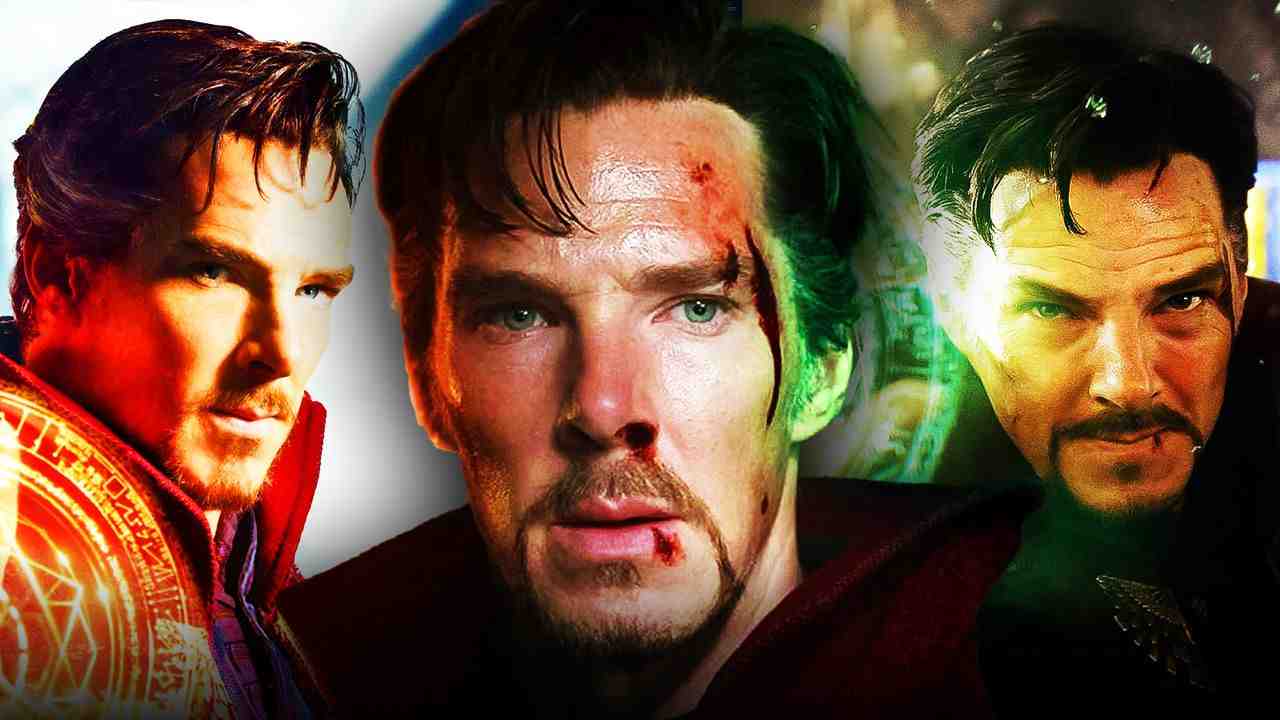 Marvel Studios is holding nothing back in terms of storytelling over the next couple of years, especially with the ever-elusive multiverse finally coming into play. This will come to a head in early 2022 thanks to the efforts of Benedict Cumberbatch's Doctor Strange in the Multiverse of Madness , the highly-anticipated sequel for the Sorcerer Supreme.

The story for this outing has seen an incredible amount of secrecy with no plot leaks coming to the public, although excitement is building to see the team-up efforts for Doctor Strange and Wanda Maximoff. Following directly from the events of WandaVision , the two powerful magicians will be in for a literal multiverse's worth of trouble with the challenges of their next adventure.

Teaming up with veteran superhero movie director Sam Raimi , Cumberbatch and the team were in for something special as they made this movie through the ever-present world health crisis.

Going through the experience first-hand was a particularly impactful moment for Cumberbatch as he described in a recent interview.

Benedict Cumberbatch sat down with The Zoe Ball Breakfast Show during promotional rounds for his new movie The Courier . At the end of his chat, he touched on details of his experience working on Marvel Studios' Doctor Strange in the Multiverse of Madness .

While he couldn't reveal any specifics about the movie due to being "padlocked by Marvel," he called the film "a riot" to make and simply wanted to make sure he didn't spoil any secrets set for reveal in the movie:

"This’ll be probably the shortest answer you’ll get, because as usual, I’m kind of padlocked by Marvel. It was a riot, though, this film, it’s all in the process right now. There’s the usual pickups and stuff that we have to do in September. I don’t know, it’s sometime next year. I think it is known when it’s slated to be released, but I don’t want to say in case, because I’ve been very loyal to the sort of secret keeping game of that whole enterprise because I believe in it. For the fans who’d like to see it, I completely get the fans now who also want to have a head start and guess or play that game, but I also really appreciate people who just want to turn up on the day, burn a ticket, try to ignore the noise and spend the reveals before they go into the cinema and have the experience of really unfolding in the same breath."

He touched on his time with director Sam Raimi, who he praised for being "a master of this genre" and for putting forth "brilliant" work with an "amazing cast of returning regulars:"

"I will say, Sam Raimi is a master of this genre and yet his presence, his friendship, his directing, all of it, he was just really, really brilliant, and an amazing, amazing cast of returning regulars, and… that’s all I can say, cause that could get me into trouble. It’s pretty bonkers, I will say the clue is in the title, it is the Multiverse of Madness, it’s pretty far out."

Cumberbatch also called the entire crew working on the movie the real heroes of the production, thanking everyone on the team for "their personal sacrifice" and for safely making this film during the global pandemic.

Showing appreciation for everyone being "unbelievably disciplined and committed," the star expressed his thanks for the "heroism" in the team's work:

"To make that film during a COVID pandemic, like anybody making a film, it’s pretty hard. The Marvel machine is very slick, and there was a gold standard, extraordinary track-and-trace system, and then amazingly, amazingly patient, and… I really have to honor the crew. I think it’s hardest for them. Their sacrifice, their personal sacrifice… Christmas break, for example, to come back, maybe 520 people, not a single positive test, were sort of unbelievably disciplined and committed. Hats off, that’s where the real heroism was on that job."

Making a movie on Marvel Studios' scale is quite the challenge even during normal circumstances, and that doesn't include the additional troubles studios have been experiencing for nearly 18 months. It's obvious that Cumberbatch sees the work that Marvel is putting in to make these productions happen, and it's heartwarming to hear him express such profound gratitude for it.

This also comes as another example of just how good Cumberbatch is at keeping the MCU's secrets after making a name for himself as Spider-Man star Tom Holland's filter through the end of Phase 3. Since joining the MCU five years ago, the superstar has consistently helped push for a spoiler-free MCU experience, and he proves it by mentioning this as a personal goal.

Through the press rounds for his second solo outing, Cumberbatch continues teasing the enormous scale of this movie and how it could change the MCU landscape going forward. With over seven months until the sequel debuts, his work on that front is far from done as the anticipation builds for this expansive story .

Doctor Strange in the Multiverse of Madness will arrive in theaters on March 25, 2022.