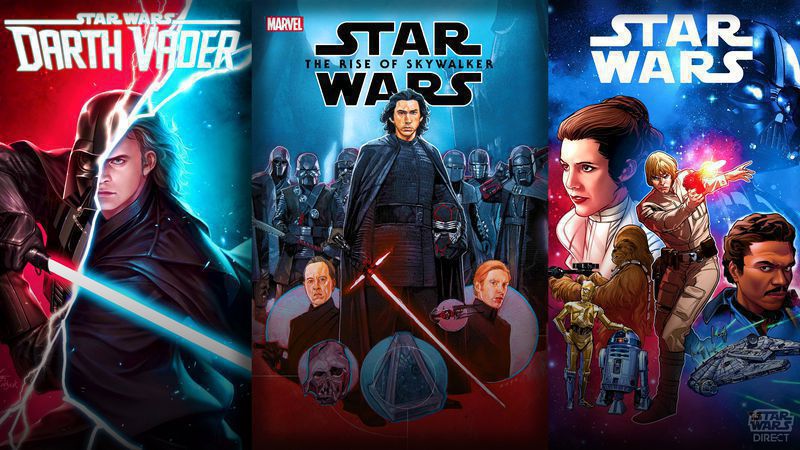 Marvel's range of Star Wars comics have introduced many new characters and concepts to the Star Wars galaxy. Covering a wide range of time periods, particularly during the time frame of the nine-film "Skywalker Saga", Marvel has brought fans canon stories that "fill in the blanks" between films. Marvel tends to solicit these comics months in advance to allow retailers enough time to order what they need.

Today, Marvel has released their comic book solicitations for the month of June,2020. It includes updates to all of their current ongoing titles as well as two trade paperbacks. All the details have been listed below: 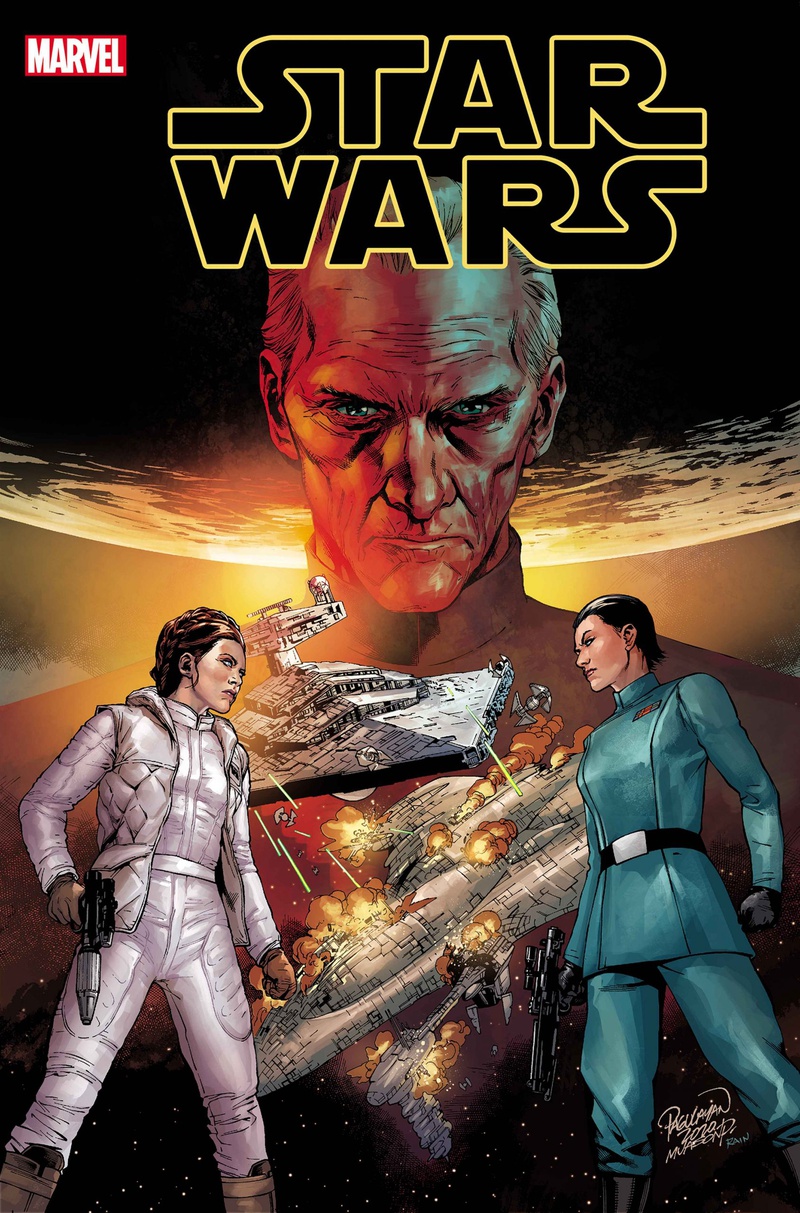 SHE WILL HAVE REVENGE! 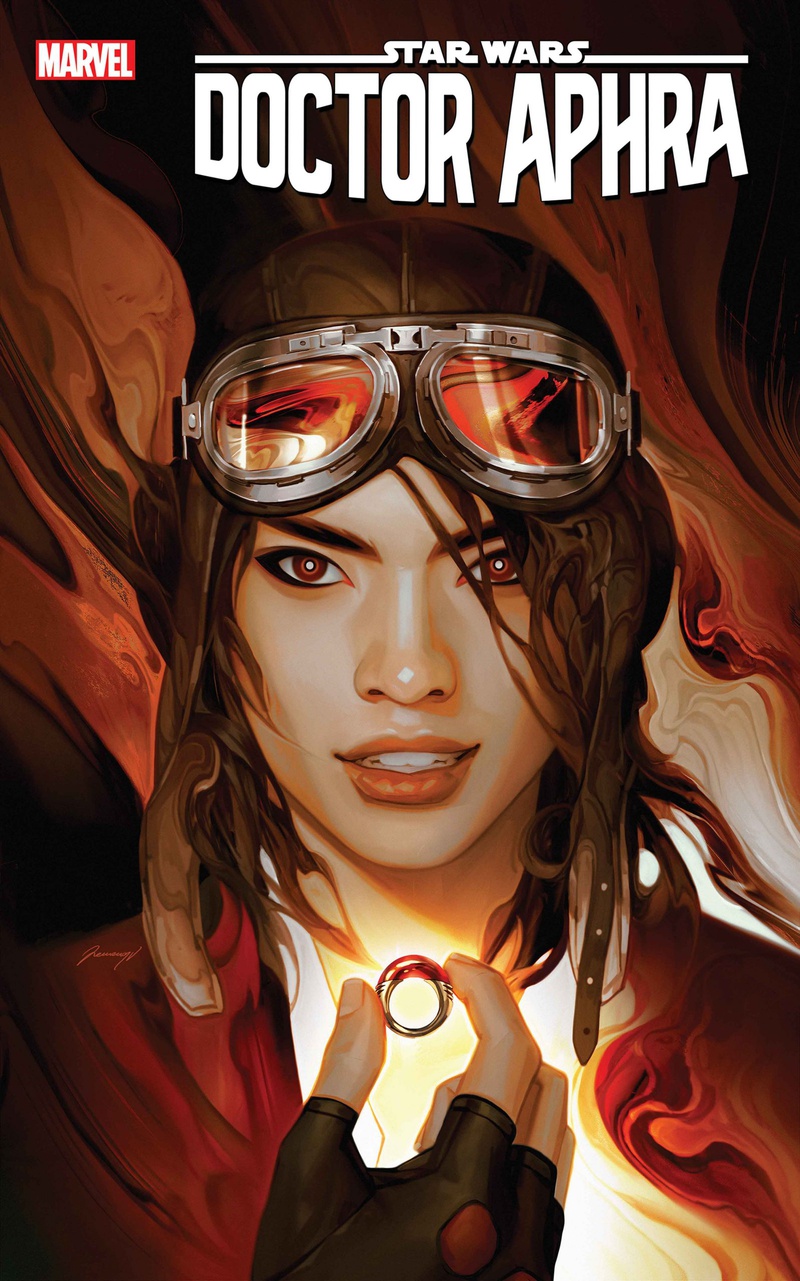 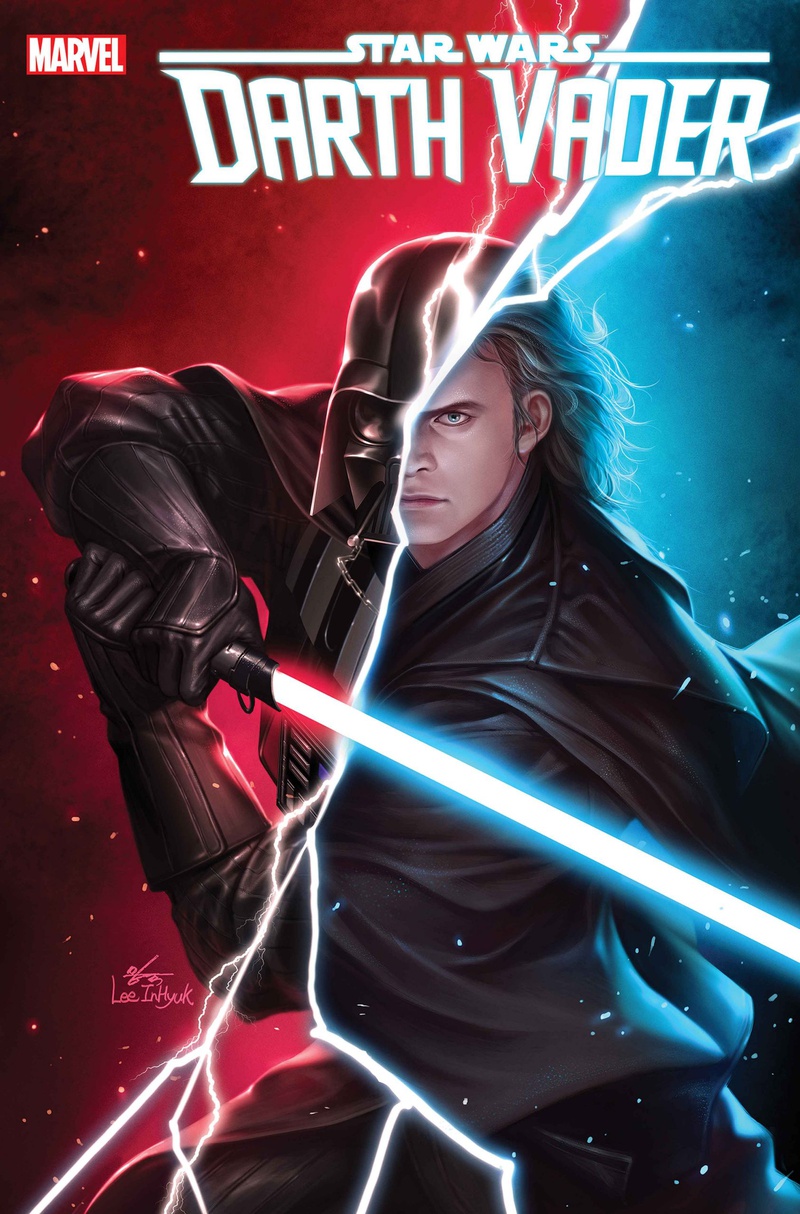 A QUEST FOR TRUTH…A JOURNEY OF DESTRUCTION!

BATTLE OF THE BOUNTY HUNTERS! 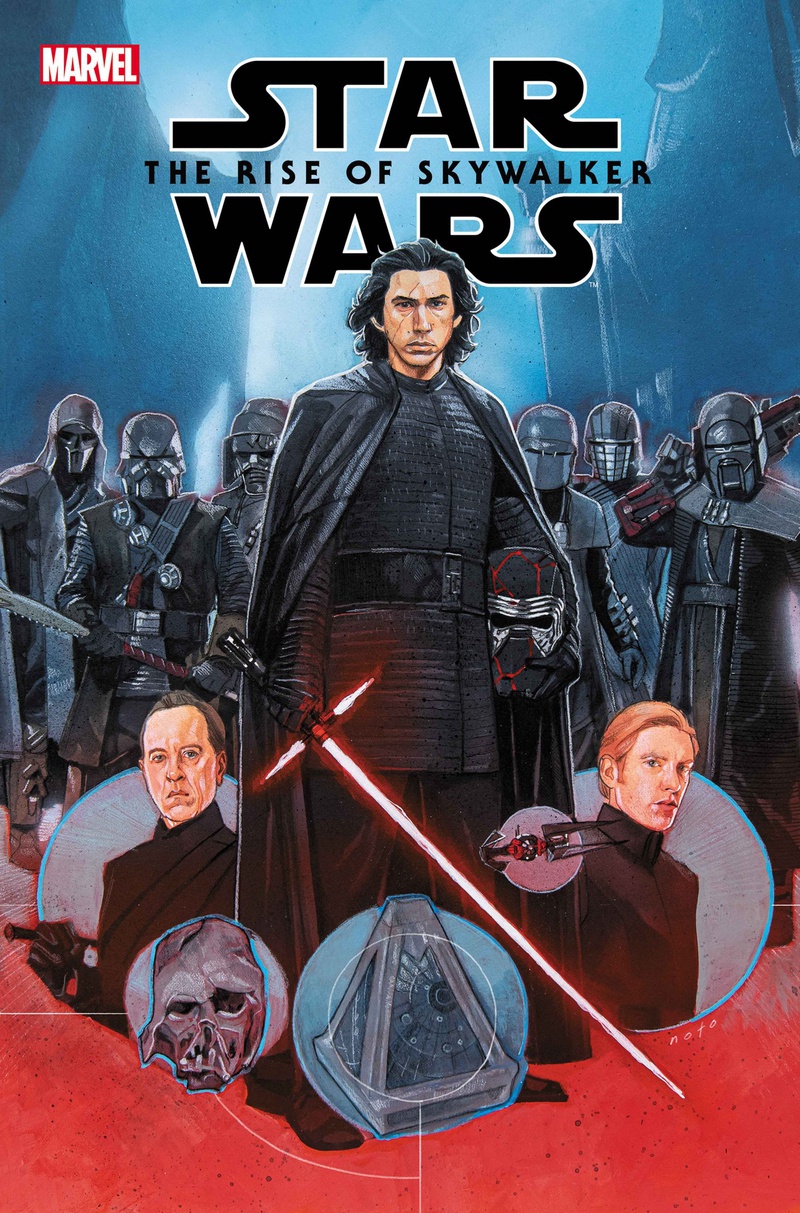 STAR WARS: THE RISE OF SKYWALKER ADAPTATION #1 (OF 5)

FROM BEYOND THE OUTER RIM, AN OLD ENEMY RETURNS! REY and the RESISTANCE set out on a desperate quest to stop the threat of the FINAL ORDER! Can they succeed where Jedi Master LUKE SKYWALKER himself failed? And what is KYLO REN’S real goal in partnering with the resurrected PALPATINE? Jody Houser (TIE FIGHTER) and Will Sliney (THE RISE OF KYLO REN) adapt the landmark Skywalker saga, featuring extended and deleted scenes! 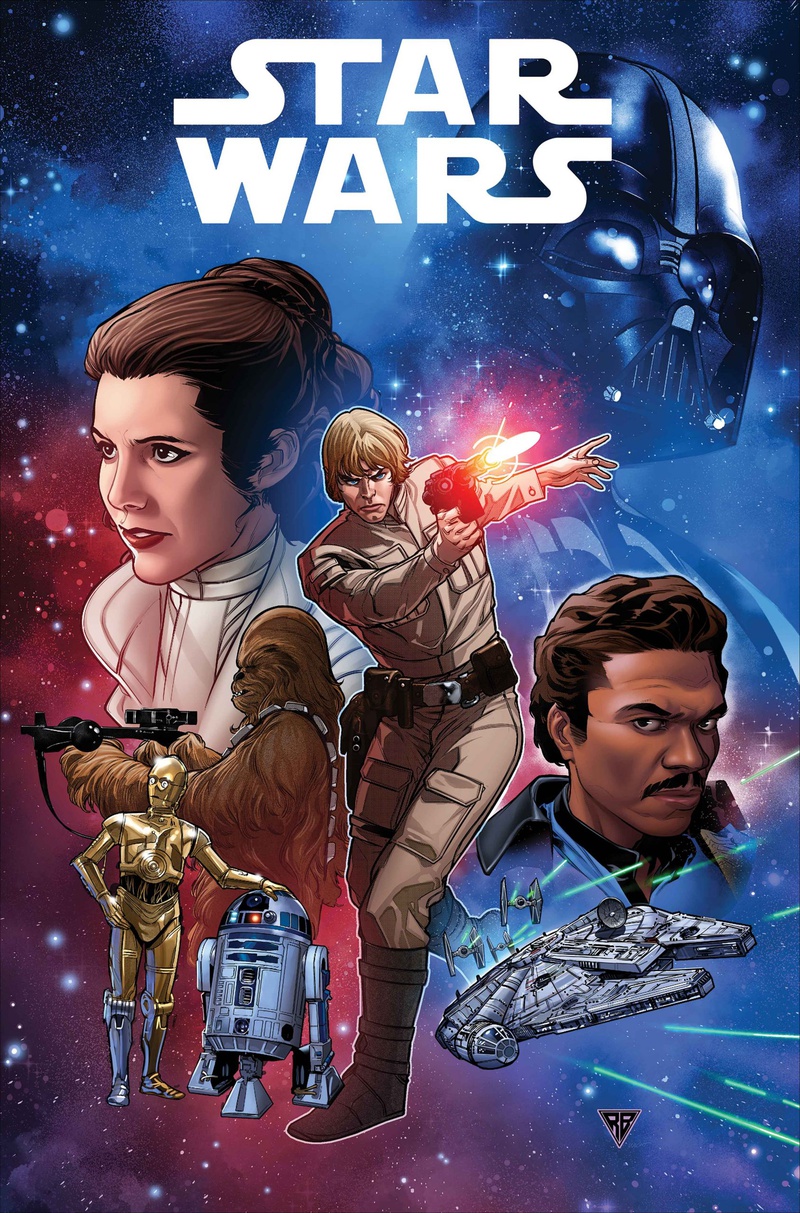 It is a dark time for the galaxy in the wake of The Empire Strikes Back. The rebel fleet is scattered following a disastrous defeat at the Battle of Hoth. Han Solo is frozen in carbonite and lost to the bounty hunter Boba Fett. And Luke Skywalker is wounded and reeling from learning the horrible truth about his past. Darth Vader did not kill Luke’s father — he is Luke’s father! Now Luke, Princess Leia, Lando Calrissian, Chewbacca, C-3PO and R2-D2 must fight their way back to the rest of the Rebel Alliance. But this ragtag band of freedom fighters doesn’t realize they’ve only traded one imperial trap for another! They’re about to cross paths with the captain of the Tarkin’s Will: the cunning and vengeful Imperial Commander Zahra! Collecting STAR WARS (2020) #1-6.136 PGS. / Rated T / $17.99
ISBN: 978-1-302-92078-4 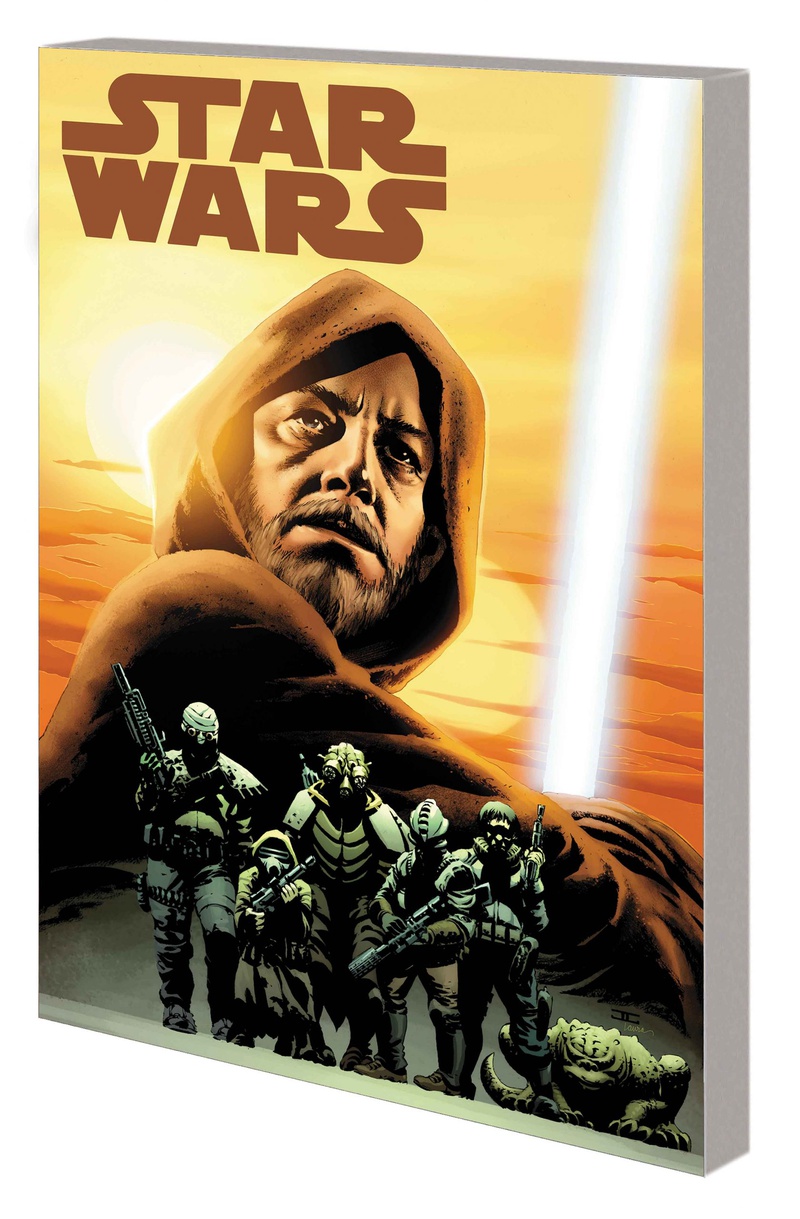 STAR WARS: FROM THE JOURNALS OF OBI-WAN KENOBI TRADE PAPERBACK

Lost tales of the Jedi revealed! Obi-Wan has slowly adjusted to his life of exile on Tatooine, secretly protecting young Luke Skywalker. But now, injustice reigns as villainous scum run rampant, extorting moisture farmers and wreaking havoc. Will “Old Ben” risk revealing himself to do what’s right? And when Jabba the Hutt hires a bounty hunter to find out who’s been thwarting his men, Obi-Wan must take on the galaxy’s deadliest Wookiee, Black Krrsantan! Plus, years earlier, when Obi-Wan was still a Padawan, Master Yoda found himself trapped on a savage world with a hidden power. Yoda must learn the secret of the stones — and his struggle in the past will affect Luke in the present! And can Obi-Wan save a young Tusken Raider? Collecting STAR WARS (2015) #7, #15, #20, #26-30 and material from STAR WARS (2015) #37.192 PGS. / Rated T / $19.99
ISBN: 978-1-302-92528-4

It certainly looks like another exctitng month in the world of Marvel's Star Wars comics. These books continue to add flavor and greater context to the events and characters we know so well from the films. So, for many fans who happen to be stuck at home self-isolating, now might be the perfect time to start reading their old issues to prepare for this new wave.

The main Star Wars comic should prove to be the one to read, as it covers the events between The Empire Strikes Back and Return of the Jedi. It follows Luke, Leia and friends as they grapple with their heavy losses during the events of Empire, as well as mount a rescue mission for thier carbonite-encased friend, Han Solo.