Why Disney Decided Not To Release WandaVision's Episodes All at Once 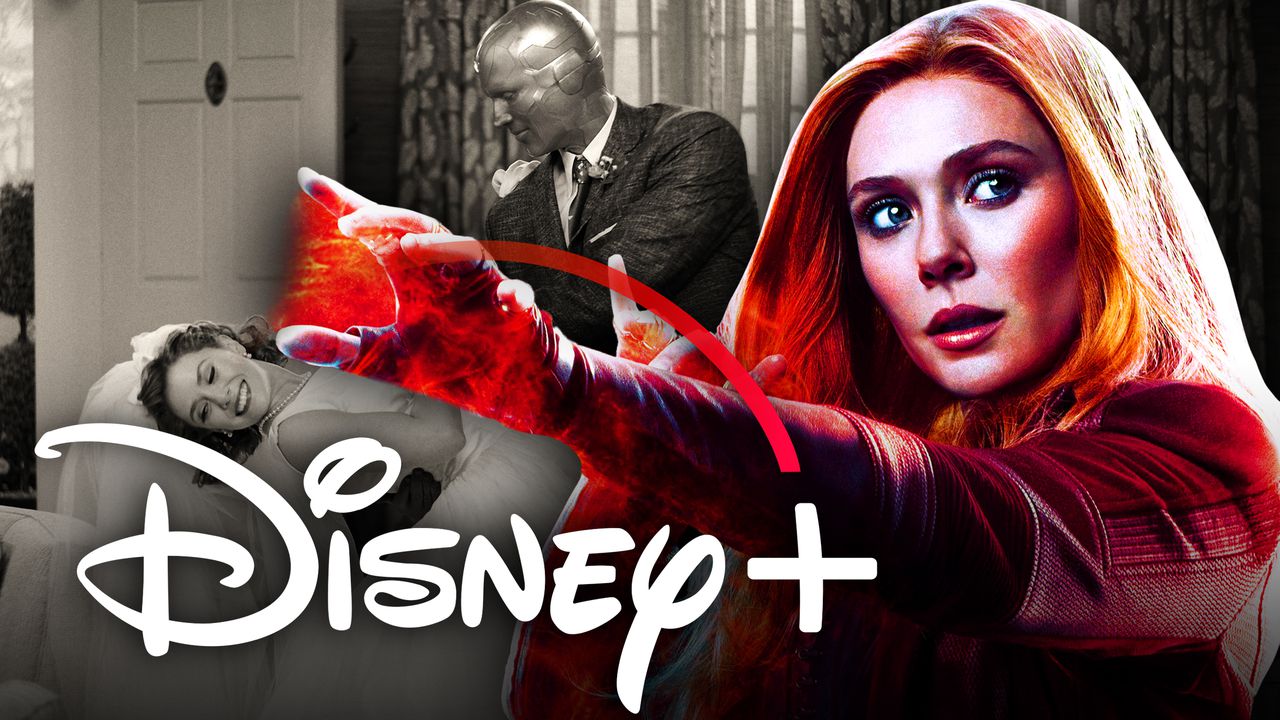 Over the last 14 months since Disney+'s launch, The Mandalorian has been their only live-action Star Wars or MCU project to be released. It has been a critical success and despite a relatively weak catalog of original content, Disney+ is up to over 86 million subscribers.

One creative difference Disney+ has had compared to its top competitor, Netflix, is how they distribute their shows. Netflix is known for dropping all the episodes of a show's season on the same day. This is part of the reason binge-watching has grown to be so popular over the last decade. Disney+ has taken a different approach so far, releasing shows weekly, similarly to network television.

The MCU will be launching six Disney+ shows in 2021, beginning on January 15 with WandaVision. Marvel plans on continuing the weekly Mandalorian formula for all of their shows and Marvel Studios President Kevin Feige has now given more insight into that decision-making process.

Feige recently told TVLine that The Mandalorian has proven the "fun of week-to-week" episode releases on Disney+. He mentions the parallels between the anticipation from one film to the next and the "mini-version" as a result of weekly episodes. Here's his full quote:

“We had discussions about [dropping the season all at once], but everybody at Disney+ had decided — and we very much agreed with — the notion of the fun of week-to-week. The Mandalorian has certainly proven this — there’s something fun to be able to follow along, to try to guess what happens next, to have a week speculating or rewatching and building that anticipation. Part of the fun, to me, of movies, is the anticipation leading up to it, so it’s fun to get to have a ‘mini-version’ of that every week. And we did build the stories with that in mind, on all of our series.

Feige did add that the shows should also be equally enjoyable if you binge them once all episodes are released:

With that said, I think it’ll be another experience — an equally fun experience — to binge them once they’re all available.”

TVLine reports that after the third episode of WandaVision the runtimes "start to vary more," Feige confirms.

That’s one of the fun things about streaming — and even on the shows that I watch, as a fan: You don’t have the rules of network TV and selling ad time, where it has to start now and end now. [Episodes] can grow or shift or shrink or expand to fit the story you’re telling. Even in those first three, the lengths are somewhat different, and that will continue through the rest of the show.”

The week-to-week episode releases have served The Mandalorian well by growing anticipation and excitement. However, audiences have grown fond of binging shows, and now on Disney+ that won't be possible until each episode has been released. A very important quote from Feige is "we did build the stories with that in mind, on all of our series."

This is a relief because there is an argument to be made that some episodes of a series may act as a filler and don't push the story forward as much as others. Building anticipation is great, but there is a brilliance to a Netflix series that ends an episode on a cliffhanger and you have the option to immediately continue the story.

If Marvel Studios is keeping in mind the format of the weekly episodes, maybe we will see more finite episode endings than on Netflix. Dedicated fans will tune in every week without hesitation, and they know that, but they must try and lure casual streamers if they want to continue to compete with Netflix and others. Disney+ has had great success so far with this strategy, but that was only with one extremely popular show. The MCU shows will really put this format to the test in 2021.