Disney+ Is Going All Out For May the 4th Celebration with Official Art, Poster 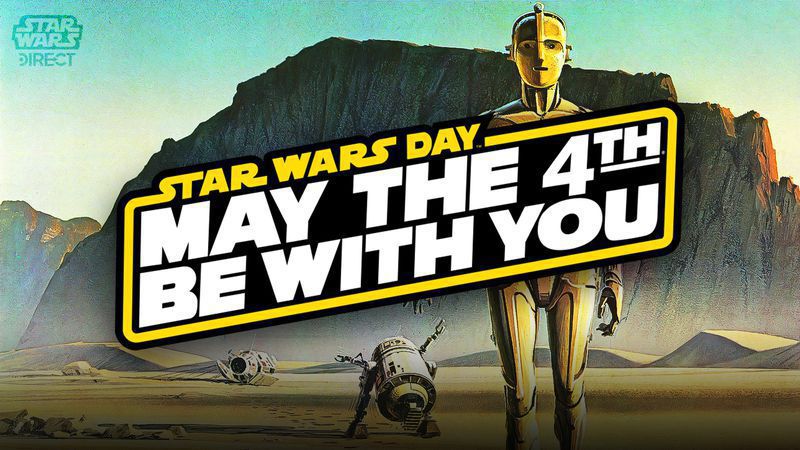 In the blink of an eye, we've now reached yet another Star Wars Day as fans around the world are gearing up to celebrate the beloved saga on May 4th. We all may be under quarantine at the moment, but that isn't stopping Disney and Lucasfilm from having a heavy rollout of content and excitement. A virtual Star Wars convention was recently announced for May 4th and 5th, featuring live tweet sessions for several of the films, Q&A's with cast members and creators, and trivia competitions for fans. Disney+ will be having a celebration of its own, as May 4th will see the release of the final episode of The Clone Wars, the first episode of Disney Gallery: The Mandalorian, and the streaming debut of Star Wars: The Rise of Skywalker. An extra visual celebration of our fan favorite holiday was also teased for the streaming platform, and we've now got our first look at what's in store for us come the May the 4th...

A web post on the main Star Wars site has shared our first look at some of the original concept art that will be featured alongside their respective films on Disney+. The art, intended to serve as a commemorative gallery, will be presented as seen below: 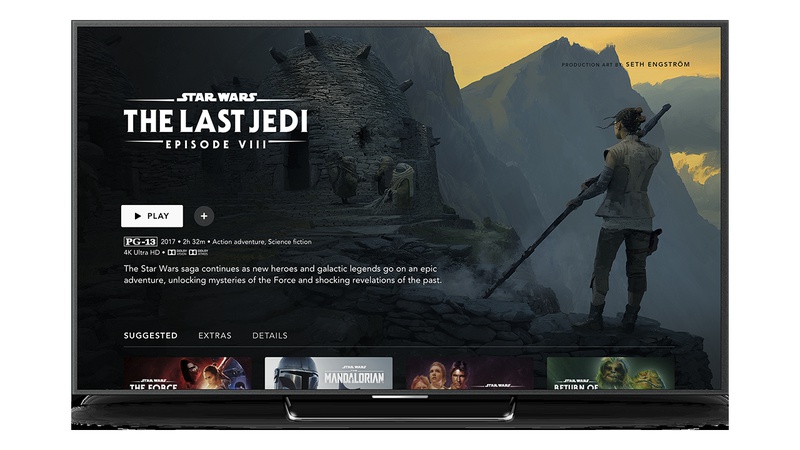 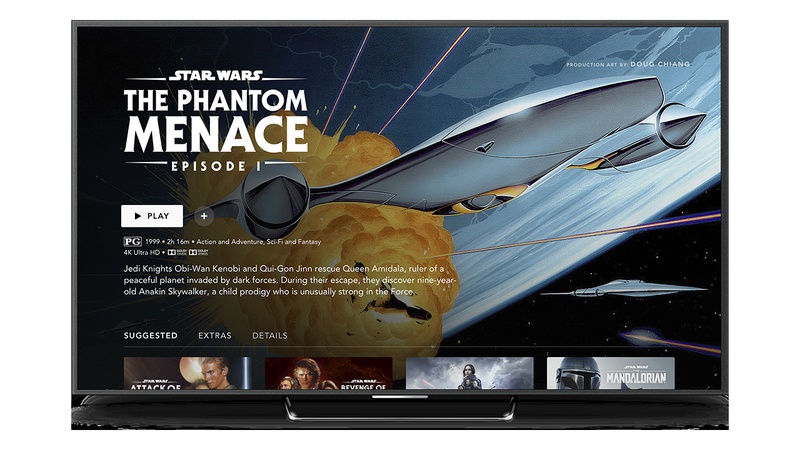 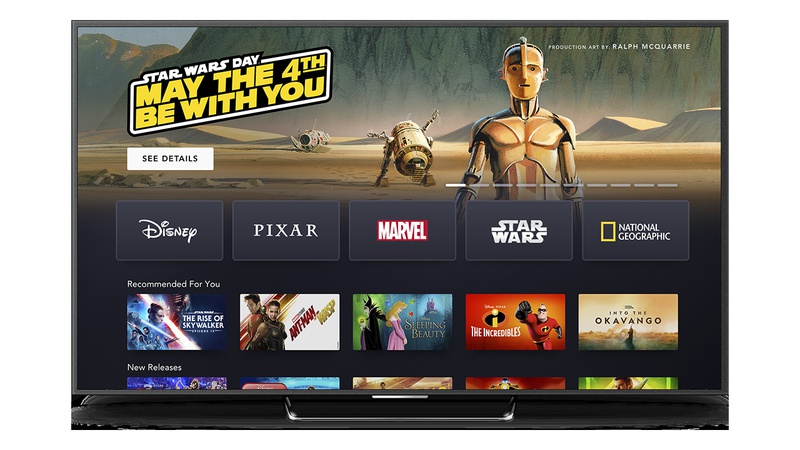 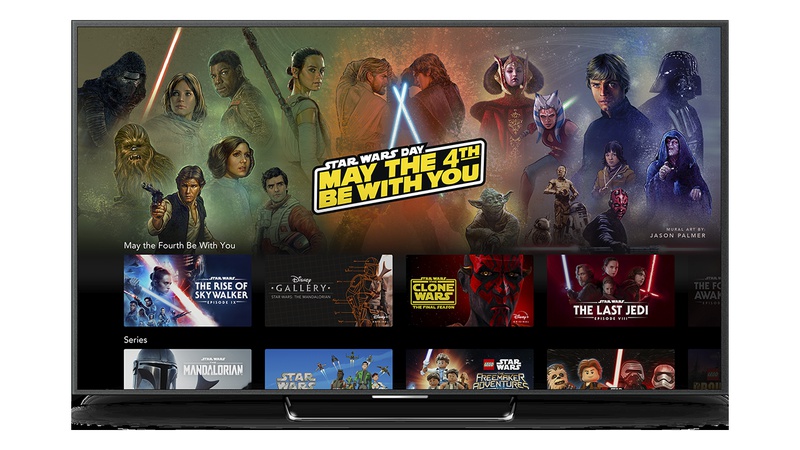 Additionally, a poster celebrating the complete Skywalker Saga hitting Disney+ has been released by the Star Wars Twitter account: 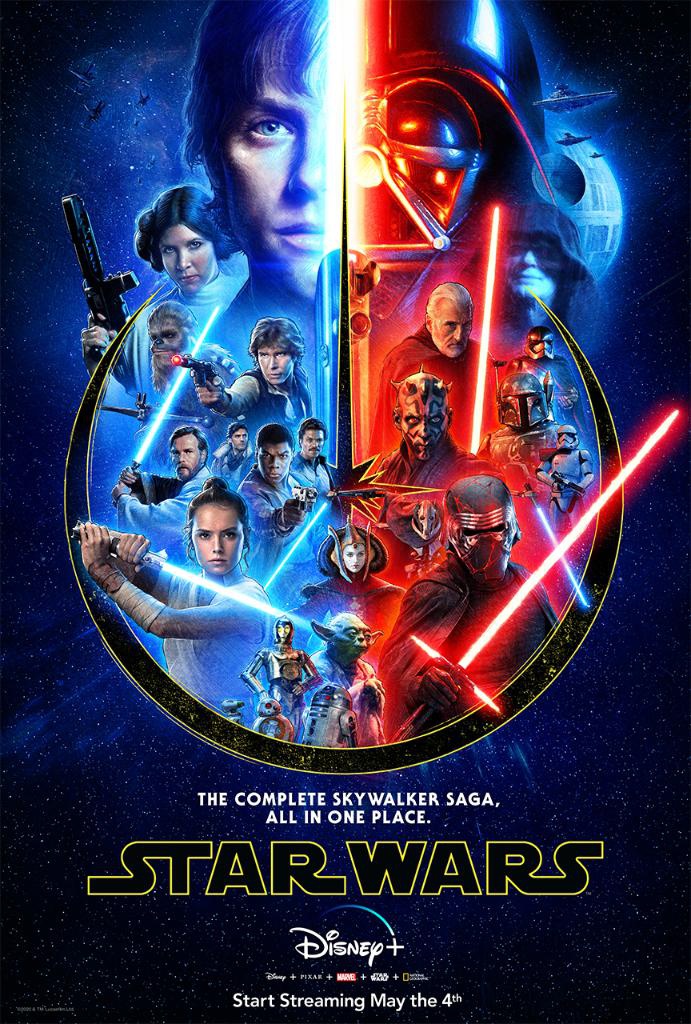 Disney and Lucasfilm are certainly holding nothing back. The content set to release on May 4th was going to make for a memorable Star Wars Day as it was, but the addition of these fantastic concept art pieces to commemorate the history of our beloved franchise is a very nice touch.

The art featured will span some of the designs by Ralph McQuarrie for the original films all the way through the prequel and sequel trilogies and The Mandalorian. There's an updated graphic for the Star Wars logo, now currently replaced by the May the 4th emblem. The key art featured on the overall Star Wars page is a montage of the work done by Jason Palmer for the Star Wars Celebration Chicago mural, and the Saga poster similarly was created for Celebration and has been given a slight update to feature the Episode IX looks for Rey and Kylo Ren. The art will be featured on the streaming platform for only one week, so fans will want to be sure to watch as much Star Wars as they can!