Word has been quiet on the development of the latest Deadpool entry, with key people attached to the project only releasing tidbits of information every now and then. In an appearance on The Tonight Show with Jimmy Fallon , Deadpool actor Ryan Reynolds discussed the potential for the character to exist as part of or separately from the wider Marvel Cinematic Universe. The actor also reassured fans that the move from Fox to Marvel is "a win for everyone involved" in an interview with TotalFilm.

One individual who has remained outspoken about the behind-the-scenes semantics of Deadpool 3 is the titular character's co-creator, Rob Liefeld. Liefeld has claimed that Marvel and Kevin Feige have no plans for Deadpool or any interest in a potential X-Force spin-off film. The comic book creator doubled down on these claims in a later interview, stating that "Just because some guy goes, ‘Yeah, We’re still moving along’ that’s code for ‘There’s nothing to see here.’”

Liefeld has not slowed down in this regard, taking to Instagram to convey his thoughts...

Rob Liefeld posted this picture on his Instagram story yesterday at around 10 pm EST. The image itself seems to originate from artist Jason Dobkin , who posted the image last year. 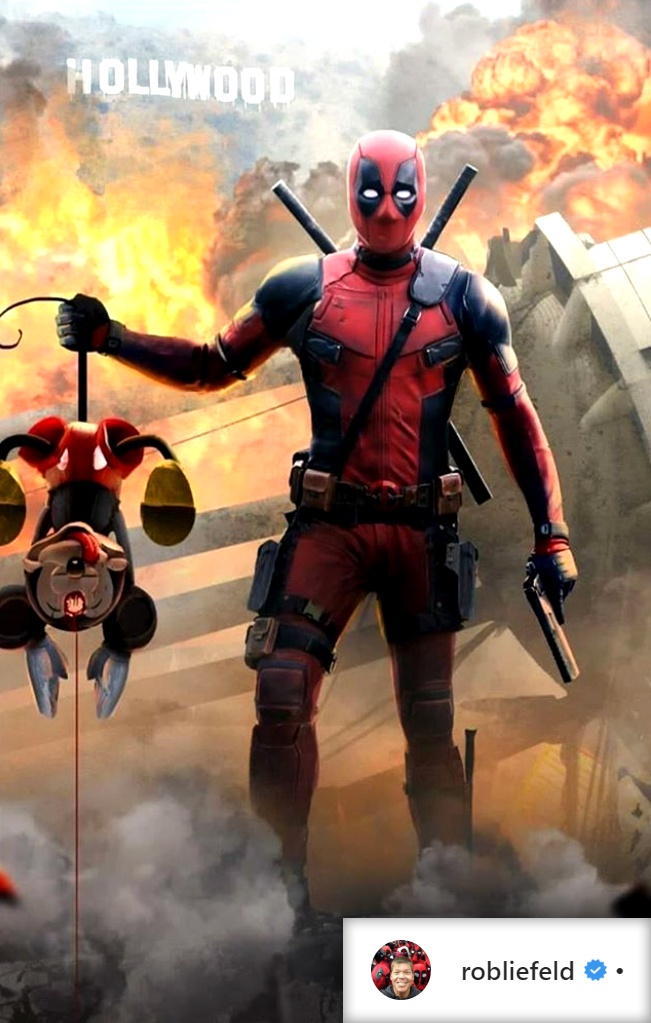 The image depicts the film version of Deadpool holding a deceased Mickey Mouse after presumably being killed by the Merc with a Mouth. Rubble and explosions appear in the background of the image, taking place just below the Hollywood Hills.

The fact that Liefeld is posting this likely points to the idea that he has no intention of playing nice with Disney. Liefeld is clearly not happy with how development has proceeded at the company. This tactic seems unusual, as it directly implies that Liefeld has a negative view of Disney, which could potentially worsen the hope for negotiations regarding his future involvement in Deadpool 3.

Why Liefeld decided to post this picture now is currently unknown. The image could be in response to more news that he has heard about Deadpool 3's development that he is not outright able to comment on. However, this is purely speculation and may not be the case.

Whether plans on a third Deadpool installment are progressing at Marvel Studios or not, hopefully, the latest film in the franchise will be a satisfying follow-up to its predecessors.