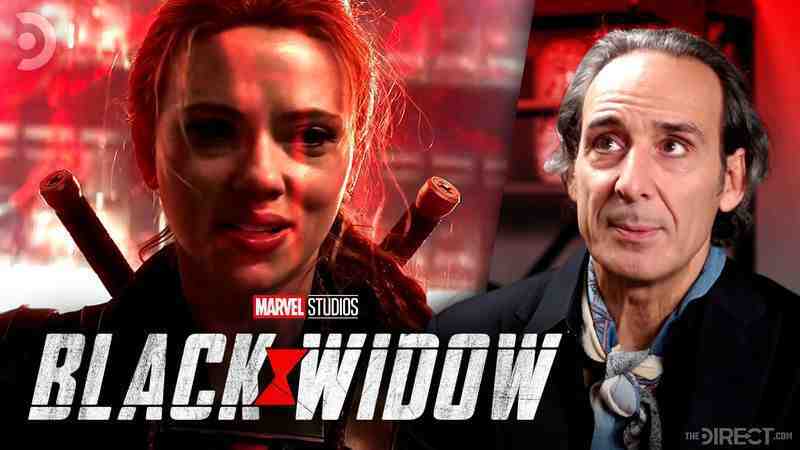 One of the most pivotal parts of a film is its score, which composers work tirelessly on to provide audiences with the perfect music to fit a film's unique tone. Film scoring happens pretty late in a film's post-production schedule; composers could have any time between a few months to merely a few weeks to complete the original score.

Production schedules very quickly shifted after this and Black Widow was given a new November 6 release date, allowing Balfe more time to work on the film's score, but the news still came as a shock due to how late into production it was, and now the original composer seems to be reluctant to share anymore information.

Desplat gave a clear “no comment” when it came to the finer points of what happened there (“I was attached to that movie, and then I was detached ”), but it’s tempting to imagine the friction that might develop between a homogenous cinematic monolith and a composer who once compared himself to a kite : “If you hold the strings too much I can’t fly.”

The Oscar nominated composer is no stranger to working with major studios, having composed for films such as Warner Brothers' Godzilla and Harry Potter and the Deathly Hollows: Part One . Marvel Studios has not said much about the reasons for replacing Alexandre Desplat so late in the game, but his comments may reveal a lot about the real motivations for the abrupt split.

Desplat and Marvel Studios not working out could have stemmed from a difference in creative desires for the direction of the score's sound. The composer may also have felt too constrained by working with the Disney-owned juggernaut. Alexandre Desplat puts a lot of value in creative independence, as his comments to EW solidify how much he cannot produce quality work under restrictive conditions.

Desplat's cavalier comments to IndieWire may also mean the departure was nothing more than a matter of practicality, as Marvel's uncertain production schedule at the time would not have allowed the highly in-demand composer to pursue other creative projects. A similar situation happened when the multitude of reshoots on Rogue One: A Star Wars Story led to the composer exiting the film a few months before its release, due to him no longer being available to rework the music.

Whatever the reasons for Black Widow not working out, Desplat seems to have put this all behind him, as he passionately moves forward on new creative projects.