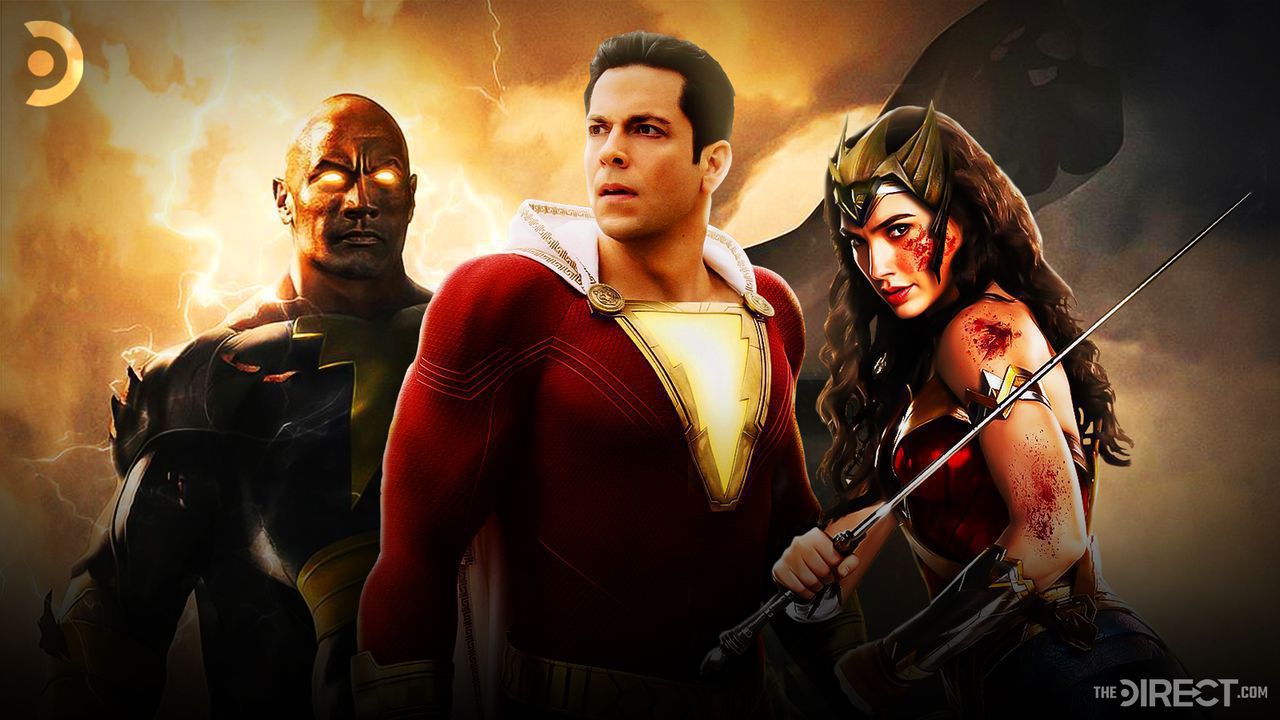 After being in development for the longest time, Black Adam is finally getting ready to become a full-fledged feature film. With Dwayne 'The Rock' Johnson headlining the film in the titular lead role and Jaume Collet-Serra in the director's seat, the film is set to be an introducing follow-up to Shazam!.

Black Adam had a grand presence at DC FanDome, which revealed the film's official logo as well as a teaser trailer using animated concept art. Since then, the film has seen more reveals, including the original sketches for concept art from the film by Jim Lee. The Rock also stated that Hawkgirl was originally planned for the film, but cut in favor of introducing the character of Cyclone.

Hiram Garcia is the president of production at Seven Bucks Productions, Dwayne Johnson's production company. Garcia, who is also a producer on Black Adam, spoke a bit more about the film and how it could lead to potential crossovers down the road...

In an interview with Variety, Hiram Garcia spoke about Black Adam, including production starts, the introduction of new characters and the possibility for future crossovers. Garcia first affirmed his and Dwayne Johnson's enthusiasm for the project, saying it brings out the "giddy fanboy" inside them both:

We are so excited to be in the superhero space. We have been dreaming of doing a movie like this for ages, so to be able to partner up with DC and to really put ourselves into the DC Universe in a big way with the ambitions that we have, we are so, so, so excited.

Garcia notes that filming will commence at some point "in the first quarter of next year". Without giving too much away, Garcia also spoke about the direction of the film's script and notes a particular focus on the characters' power:

Garcia also talked a bit about the new characters that are being introduced, specifically members of the Justice Society of America:

Our entire production team and our amazing director, Jaume Collet-Serra, we all have unified, giant ambitions for what we want to do with these characters and the JSA and all those new members we’re introducing from Hawkman to Atom Smasher to Cyclone and Doctor Fate. It’s an opportunity to put ourselves in the DC Universe, and really start to create a fun group of characters that audiences haven’t had the chance to see, but that a lot of them are familiar with.

In response to being asked whether there have been discussions for characters of films, like Shazam and Wonder Woman, to crossover with other DC properties, Garcia stated that:

We’re working closely with DC in terms of what the plan is for how everyone fits together. It’s still in the works, but obviously “Shazam” exists in the “Black Adam” universe. I can just say that we have very big ambitions for “Black Adam” and all of the characters that we’re introducing. How they’re going to connect with other characters is still all being laid out, but I think fans are going to be happy, ultimately, with the way we end up guiding it.

Although it is not outright said, Garcia alludes to a Black Adam/Shazam crossover in saying that they both exist in the same universe and that something is "still in the works". This reaffirms previous statements from Garcia, who has voiced interest in connecting Black Adam to Shazam at some point. Little is known about the Shazam sequel, though its subtitle 'Fury of the Gods' could point to the arrival of Black Adam in the film. Nevertheless, a crossover between these characters almost seems inevitable at this point due to their comic connection.

The interviewer also specifically highlights Wonder Woman for crossover potential, to which Garcia does not entirely dismiss. A focus on shifting the power dynamics in the DC Universe could call for a stronger hero like Wonder Woman to step in, so a crossover between her and Black Adam may not be out of the realm of possibility. From Garcia's wording, it seems that multiple characters are being assessed as to how they could crossover, so there may be more inter connectivity to come for upcoming films.

Garcia particularly notes that they have plans for "all of the characters" being introduced in Black Adam, indicating that new characters from the JSA, like Doctor Fate and Hawkman, could make their way into other DC films. While Hawkgirl was cut from Black Adam, this could be an opportunity to explore the character in a separate film with Hawkman. Alternatively, Doctor Fate could crop up in a Justice League: Dark project, due to the magic connection.

Whether a glimpse at future crossovers will be seen in Black Adam remains to be seen, as the film is still planned to release on December 22, 2021.