Having been in development since 2014, the cogs of pre-production for Black Adam have finally begun to turn again. The film has found a director with Jaume Collet-Serra , released recent casting news like Noah Centineo joining as Atom Smasher , and Warner Bros. is reportedly looking for someone to play Hawkman .

But, the lid was truly blown off during the panel for Black Adam at DC FanDome where it was revealed that not only Atom Smasher and Hawkman would be joining Dwayne "The Rock" Johnson, but that Doctor Fate and Cyclone would be, too . It was also revealed that Black Adam would have a heavy focus on the Justice Society of America, the predecessor of the modern Justice League.

In an interview with Collider, one of the producers for Black Adam expanded on this news and how it will affect the wider DCEU. 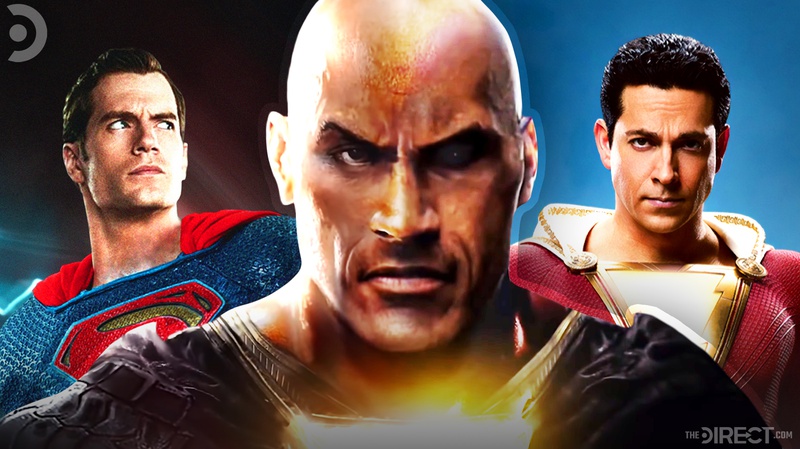 In an extended exclusive interview with Collider , producer Hiram Garcia spoke about Black Adam and the introduction of the Justice Society of America.

“We are so excited to introduce the Justice Society, especially Hawkman who’s such a beloved character and one of those heroes who’s always meant so much to the DC universe. Having them play in the same sandbox as Black Adam is going to be fantastic, and for the already established fans of these characters I think they are going to be really excited to see what elements from classic story lines we take inspiration from as we bring these characters together. When you take a powerhouse like Black Adam and inject him into this DC cinematic universe you want to make sure you are putting characters around him that can really up the stakes. As DJ likes to say the hierarchy of power in the DC universe really is going to change so Hawkman, Dr. Fate, Atom Smasher and Cyclone will have their hands full no matter how we choose to have them interact with Black Adam.”

The language from both Dwayne Johnson and producer Hiram Garcia, especially when mentioning the "DC cinematic universe," points to Black Adam indeed taking place within the same continuity as not just Shazam! , but Man of Steel , Batman v Superman: Dawn of Justice , Wonder Woman , Aquaman , and the upcoming Wonder Woman 1984 and Aquaman 2 .

This topic of the upending of power hierarchy suggests that Black Adam will push the power scaling to its limits, especially with a character that "doesn’t believe in pulling their punches." So, considering how strong Henry Cavill's Superman has been portrayed being, that says something.

“We’re thrilled with how the [DC FanDome] announcement went and the incredible fan reaction from it. Our director Jaume Collett-Serra has always had a great vision for what we all want to achieve and I think audiences are going to go crazy when they see the story and sequences we’ve been creating that showcase this world and more importantly what Black Adam is truly capable of. It’s fun to truly showcase all of his abilities and watch someone with this much power who, unlike other powerful DC characters, doesn’t believe in pulling their punches. Then on top of that you add in the complexity of his character and the things he’s carrying with him, what he’s been through, what he’s come from and where he’s going to go.. and it makes for a for a very unique and intense cinematic ride.”

There is also the inclusion of characters like Hawkman and Doctor Fate, tipping the scales of power even more out of balance.

“There’s been multiple ongoing conversations on how everything will roll out and it’s very exciting for myself as a filmmaker but even more so as a fan. Unfortunately, I can’t speak to that too much because it is still in the works, but I can say that on our end we’re very focused on building out this world we’re creating with Black Adam and the JSA. Obviously Shazam exists in that universe along with many many other heroes and believe me when I say we have very big ambitions for all these characters and the story lines we want to take them through.”

Hiram Garcia mentions how Warner Bros. and DC are still "...very focused on building out this world we’re creating with Black Adam and the JSA," which could range from the time period, locations like the Kingdom of Kahndaq, or even this potentially new sector of the universe.

Garcia then spoke about the potential shooting date for Black Adam , despite production delays from COVID-19:

“COVID threw a curveball in a big way and readjusted everyone’s schedule, but I think the easiest way to look at it is it simply pushed the entire industry’s schedule a few months… We’re planning to pick back up with Black Adam some time first quarter next year and hoping to lock that all down soon.”

He reveals that filming for Black Adam has plans to begin filming in the "...first quarter next year..." and that this filming date will hopefully be locked into place soon. Garcia expands on their shooting plan and that his priorities are the safety of the crew and to have a safe working environment: 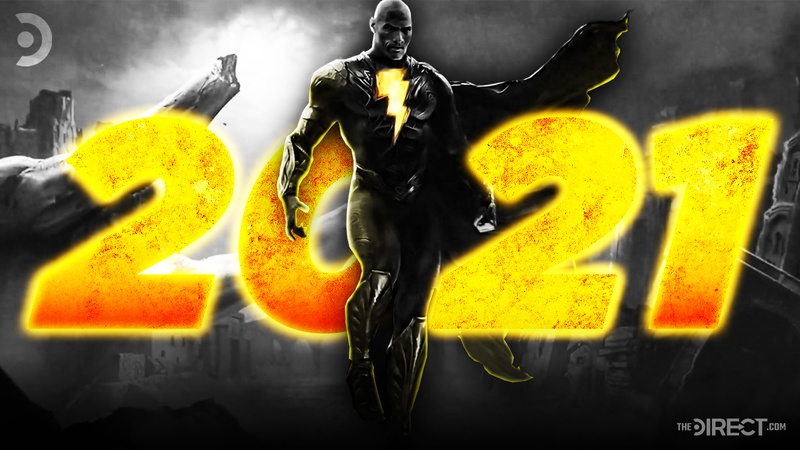 “We’re excited to proceed as planned with all our projects but our main priority has been making sure we can create safe environments for out cast and crew which we’ve been able to do. We’re fortunate to work on big productions and ourselves along with the entire industry have worked to devise new protocols and systems that allow us to proceed in safe ways keeping the talent, crew and entire production safe. We’ve gotten to a place where it feels like we’ve established some amazing guidelines that allow us to get back to work and so now it’s about rolling that out and applying that formula to all our productions across the board. Obviously as you apply that formula to productions the projects take on new forms due to added costs, new approaches and the required reimagining of some sequences that now have unique protocols and requirements placed upon them.

That said though I’m just thrilled we got everything back on track and first up for us will be to close out our year finishing up our fun action movie Red Notice for Netflix and beginning production on our NBC series Young Rock . Then our priority coming out of the new year will be getting Black Adam up and running and bringing Kahndaq to life!”

This change in planning and the implementation of safety measures could affect planned filming sequences. However, Garcia was confident that they would bring Black Adam's fictional kingdom of Kahndag to life.