The Batman Movie Reviews: What Are Critics' First Reactions?

The anticipation for The Batman is sky-high as the film's release inches closer. Directed by Matt Reeves, the upcoming DC film will introduce a brand-new take on The Dark Knight, portrayed by Robert Pattinson. The Batman is set to explore Bruce Wayne's second year as Gotham's protector, with the film doing a deep dive into the character's detective roots amidst the city's crime-infested roots.

In the film, Pattinson will be joined by characters straight from Batman's rogue's gallery, which includes Zoë Kravitz as Selina Kyle, Colin Farrell as Penguin, and Paul Dano as the main villain, Riddler. Plot details of The Batman are still being kept under wraps, but the detective angle combined with the impressive fight sequences seen thus far in official footage should boost the hype for its upcoming release.

Now, initial reactions from critics have arrived, giving fans a preview of what to expect in the movie.

Ahead of the film's March 4 release, the press shared its first reactions to Robert Pattinson's The Batman on social media.

Comicbook's Chris Killian shared that The Batman is "like a living, breathing graphic novel come to life," saying that it's grounded in realism like Christopher Nolan's films:

"#TheBatman is like a living, breathing graphic novel come to life.

It’s grounded in realism like the Nolan films yet drenched with a neo-noir pulp that captures the comic book vibe of Batman better than anything since the animated series. Matt Reeves understands Bats."

The Wrap's Umberto Gonzales boldly claimed that Reeves finally gave fans "the most comic-accurate portrayal of the Dark Knight Detective:"

"Matt Reeves #TheBatman FINALLY gives us the most comic accurate portrayal of the DARK KNIGHT DETECTIVE in film. The movie to me is an homage to the great Batman writers like Denny O'Neil, Frank Miller, and Jeph Loeb. Pattinson did the homework and delivered. #TheBatmanMovie."

Ace Awards Editor-in-Chief Erick Weber shared that The Batman is the "most artistically stunning CBM ever made:"

"Cinema of a spectacular order, #TheBatman’s the most artistically stunning CBM ever made, Matt Reeves wows with a sprawling detective tale showcasing the magnificence of Greig Fraser, bathing Gotham in an amber glow, Robert Pattinson owns the brooding Batman, WB has a winner—9.5"

Collider's Perri Nemiroff admitted that The Batman exceeded her expectations, saying that she loves "how specific this Batman feels to [Robert] Pattinson:"

"#TheBatman far exceeded my expectations, even as a long-time fan of Matt Reeves. LOTS to love like how specific this Batman feels to Pattinson. But my favorite 2 things about this film? Riddler's horror vibes & Greig Fraser's cinematography."

Allison Rose of Flick Direct praised Pattinson's performance while also sharing that the "dark and twisted nature of the story combined with Reeves' direction and the actor's interpretation" makes the film appealing to the masses:

“Die Hard Batman fans may be skeptical about Pattinson, but he does an excellent job as the caped crusader; less so as Bruce Wayne but luckily, we see more of the former than the latter. The dark and twisted nature of the story, combined with Reeves Direction and Pattinson’s interpretation makes this Batman movie one that will appeal to the masses while paying homage to the spirit of the vigilante dressed like a bat.”

"#TheBatman will go down as one of the best comicbook films in a long time. The script, performances, set pieces, & visual storytelling was phenomenal. Robert Pattinson shines as an emotional brooding Batman next to Paul Dano's terrifying Riddler. Matt Reeves' modern masterpiece."

"Here’s my #TheBatman review. I liked it. The Battinson lives to fly (glide?) another day. The Cobainification of Bruce Wayne is a good bat suit for Robert Pattinson. Zoë Kravitz tells it like it is as Selina Kyle. The Penguin owes a debt to Tony Soprano."

"The Batman is unlike any other Batman film before it. The plot is grounded in reality, even more so than Nolan’s Dark Knight trilogy.

#TheBatman is more of a detective story rather than a superhero film. The cast is v. good with Colin Ferrell & Paul Dano being the film’s MVPs."

Rotten Tomatoes' Certified Critic Diego Andaluz claimed that The Batman is "the best crafted Batman film of all time:"

"WOW. #TheBatman is the BEST crafted Batman film of ALL TIME. Robert Pattinson is PERFECT for the role & Matt Reeves’ direction shines with all departments firing on all cylinders. A masterful technical achievement that becomes one of the greatest comic book movies of all time."

Comicbook's Jenna Anderson shared that the movie is "absolutely jam-packed with style and surprising sense of humor" while admitting that she's "obsessed" about it:

"#TheBatman is a ridiculous, bold, brilliant event, absolutely jam-packed with style & a surprising sense of humor. It’s like nothing else in this space, and that has only made me love it more with each passing moment. I’m obsessed."

"#TheBatman is a dark and thrilling ride through Gotham City, and can't stop thinking about Paul Dano's performance. Greig Fraser shines with that stunning cinematography in #TheBatman. His work here is breathtaking. Michael Giacchino has delivered his finest score to date."

Geeks of Color's Dorian Parks said that his expectations were "surpassed in every way possible" after watching the movie:

"I’ve seen #TheBatman and it is incredible! I had high expectations going into the film and they were surpassed in every way possible. This is the Batman movie I’ve been waiting for. It's nearly 3 hours and I would’ve happily watched a 6-hour cut of this story."

DiscussingFilm's Ben Rolph shared that The Batman is an "unmissable spectacle that manages to surpass all expectations:"

"#TheBatman is an unmissable spectacle that manages to surpass all expectations and give us an iconic new Dark Knight."

IGN's Alex Stedman shared that the movie is a "gripping, gorgeous, and, at times, genuinely scary psychological crime thriller:"

"The Batman is a gripping, gorgeous, and, at times, genuinely scary psychological crime thriller that gives Bruce Wayne the grounded detective story he deserves."

Jerald Uy of Jerald's Secret HQ described The Batman as a "solid Batman film meant to appeal to fans of grounded, grim crime stories" while also commending the performances of its stellar cast:

"All in all, it is a solid Batman film meant to appeal to fans of grounded, grim crime stories who see Batman more as a crimefighter than a superhero."

Evan Dossey of Midwest Film Journal wasn't a fan of The Batman, with him saying that "it lacks grace, it lacks romance, and it lacks the shiny sheen of novelty:"

“Say what you will about the Snyderverse, but at least it was a ballsy – if kind of insane – approach to the character. The overriding question I have when contemplating this disappointing dirge of a movie: For whom, precisely, was it even made? It lacks grace, it lacks romance, it lacks the shiny sheen of novelty.”

Most Critics Love The Batman

The first wave of reactions to The Batman is mostly positive, and this should serve as a good sign for fans who are eager to watch the film in theaters.

Based on the reactions, it seems that the film's detective aspect is the one that takes the spotlight the most alongside the combined might of the cast's stellar performance and the film's production prowess. The fact that several comments claimed that The Batman is the best Batman film of all time should also generate more anticipation as the film's release inches closer.

The Batman director Matt Reeves previously shared that he and Warner Bros "have started talking about another movie," and these reactions essentially supported that quote. If anything, this means that Warner Bros. is confident about the film's success, and a sequel could eventually be confirmed in the weeks after its release. 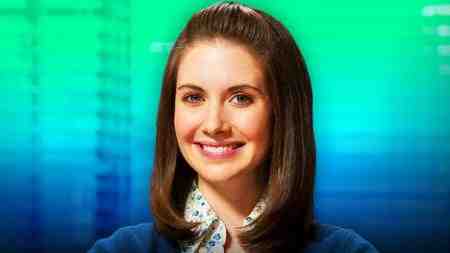