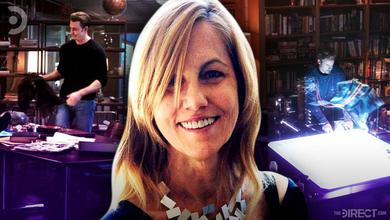 Major Hollywood motion pictures have teams of hundreds, sometimes thousands, of people who pour all their energy into making the best movie possible. For blockbusters like Avengers: Endgame, each and every role is integral to creating a polished three-hour spectacle.

While not every person that works on these large-scale flicks receives equal public acclaim, it is important to recognize them as vital contributors to their films' successes.

The Direct is saddened to learn of the death of Oscar-nominated set decorator Leslie A. Pope. She was 65. According to the Hollywood Reporter, Pope was recovering from a February heart surgery. As announced by her friend Trish Gallaher Glenn, she passed away at her home in Venice on Wednesday.

As a set decorator, Pope excelled excellently in both blockbusters and Oscar-bait films. Within the fantastical realms of the MCU, Pope contributed her talents to the production design of fan-favorite movies like Captain America: The Winter Soldier, Ant-Man, Avengers: Infinity War and Avengers: Endgame.

With a nearly flawless track record, it is easy to take the Marvel Cinematic Universe's achievements for granted; however, Pope's mark on the world of superheroes will be forever immortalized. First working on a comic book film's set with 2007's Spider-Man 3, Pope has been able to seamlessly adapt major Marvel set-pieces from the page to the silver screen for over a decade.

Her work on the two-part climax of the Infinity Saga crammed more locations and characters than ever seen before into one comic book movie. Upon re-watching with an emphasis on attention to the sets, it is near impossible not to marvel at what Pope accomplished.

Pope is survived by her husband, Doug, and siblings Janet and William.