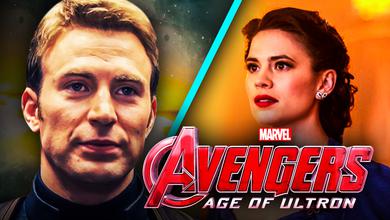 Marvel Studios is back in the limelight once again thanks to successful runs on its first two Disney+ exclusives, and the franchise is set for a jam-packed back half of 2021 as well. Additionally, as fans look forward to everything coming in the future, there's always the opportunity to look back at the history of what has made the MCU so successful over the past 13 years.

The last few weeks have seen some notable anniversaries for MCU film releases, most of which have come with behind-the-scenes looks and fun stories of how these blockbusters were made.

Many of these have come from the franchise's biggest film, Avengers: Endgame, which released in theaters to record-breaking numbers worldwide. Iron Man star Robert Downey, Jr. celebrated with a behind-the-scenes look at his deleted scene with Katherine Langford, while Tessa Thompson gave a peek into her fun experience alongside Spider-Man actor Tom Holland.

A new inside peek at the Avengers franchise has just debuted, although it's one that helped set up a moment from Endgame now dating back six full years.

"ARE YOU READY FOR OUR DANCE?"

Maidment captured a shot of Chris Evans and Hayley Atwell filming the Steve Rogers dream sequence scene in the 2015 blockbuster. Wanda Maximoff took Steve back to meet Peggy in his mind for the dance they'd hoped to have before he sacrificed himself at the end of 2011's Captain America: The First Avenger.

The photographer shared another image of just Atwell from the same scene on his Instagram Story.

These images offer wider and clearer looks at Atwell's Peggy Carter than what fans saw in the filtered and fast-cut shots during Age of Ultron:

While all the Avengers were put through the emotional ringer when the Scarlet Witch invaded their minds, Steve's sequence was an emotional one as he temporarily reunited with Peggy Carter.

The image perfectly captures the sentiment that the fans and actors alike felt in this scene as Steve imagined what could have been had he not lost nearly 70 years of his life. Peggy remained the love of his life through his entire time in the 21st century, serving as a driving force for many of his motivations through his future appearances.

Incredibly, as Avengers: Endgame came to a tear-jerking close, Chris Evans' Captain decided to stay in the past after returning the Infinity Stones to reunite with Hayley Atwell's Peggy and have that long-awaited dance. This plot point seemed like a stretch when the original sequence in Age of Ultron debuted, but directors Joe and Anthony Russo found a way to complete the lovers' arcs in an emotionally satisfying final scene.

Both Avengers: Age of Ultron and Avengers: Endgame are available to stream on Disney+.