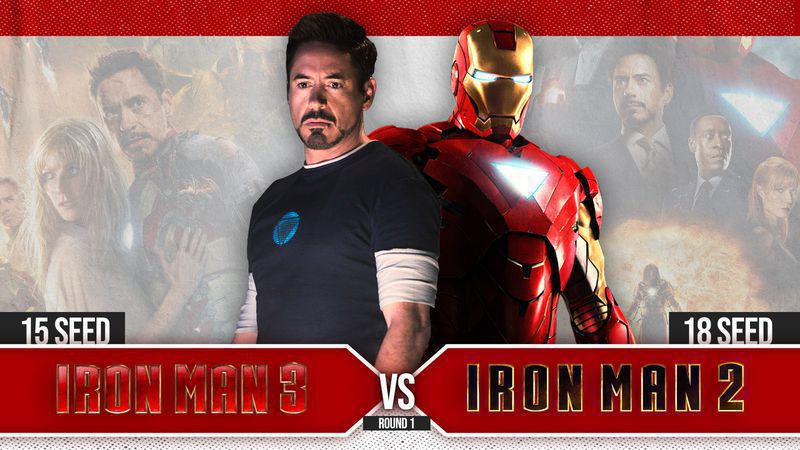 One of the primary plotlines through the first two phases of the MCU is Tony Stark discovering his purpose in life both with his Iron Man suit and without it. And in this Round One matchup of the MCU Madness tournament, we get the two movies that best explore the two sides of the Iron Man coin. Iron Man 2 and Iron Man 3 collectively feature Tony building the persona of Iron Man and then tearing it down. These are the 2nd and 3rd iterations of the face of the MCU. Who will win this Shellhead vs. Shellhead battle? Vote Down Below!

Synopsis: Plagued with worry and insomnia since saving New York from destruction, Tony Stark (Robert Downey Jr.), is now more dependent than ever on the suits that give him his Iron Man persona -- so much so that the suits affect every aspect of his life, including his relationship with Pepper (Gwyneth Paltrow). After a malevolent enemy known as the Mandarin (Ben Kingsley) reduces his personal world to rubble, Tony must rely solely on instinct and ingenuity to avenge his losses and protect the people he loves.

Pros: Following the events of The Avengers, the MCU takes a crack at PTSD with Iron Man 3. This movie dives into what happens to a hero when you take away the suit. For audiences that enjoy character development, this film gives us a look at our favorite hero through a new lense that we never thought we'd see. It's also the MCU's first Christmas Movie.

Cons: This movie faced the challenge of being the first film to follow up on a large-scale team-up. And while it is directly connected to the events of The Avengers, it does not do much to push the ball forward in the overall storyline. Many believe that this film's sense of finality burdens its own storyline, especially when considering how little these events resonate in future films. And while we are introduced to one of the more charming "villains" in the MCU, a large number of fans do not love the sleight of hand trick the movie plays.

Synopsis: With the world now aware that he is Iron Man, billionaire inventor Tony Stark (Robert Downey Jr.) faces pressure from all sides to share his technology with the military. He is reluctant to divulge the secrets of his armored suit, fearing the information will fall into the wrong hands. With Pepper Potts (Gwyneth Paltrow) and James "Rhodey" Rhodes (Don Cheadle) by his side, Tony must forge new alliances and confront powerful new enemies.

Pros: The first sequel of the MCU begins the trend of progression and world-building that makes the MCU what it is. We get our first look at an expanded superhero cast with the likes of Black Widow, Nick Fury, and War Machine all getting involved in the action. If Iron Man set the stage for all comic book movies to follow, Iron Man 2 certainly held up its end when it comes to the fun and charisma of MCU films.

Cons: While this movie has great moments of quips and Tony Stark "badassness", it often fails to deliver in areas that its 2008 predecessor had shined. This movie tries so much to help us understand these characters, yet it seems to contradict itself with some of the decisions that the characters make. Mixing that with a less than dynamic villain and a cringe-worthy party scene causes this movie to feel rushed and shallow in certain respects. But an incredible dance scene by Justin Hammer almost makes up for those pitfalls.

#12 Spider-Man: Far From Home vs. #21 Captain America: The First Avenger 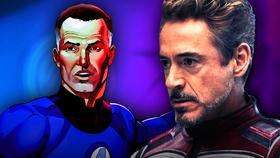