The Batman: Everything We Learned From DC FanDome

Batman has established himself as an immortal character in Hollywood.

No matter how many reboots make there way to the silver screen, the cowl will be passed down from actor to actor from now until the end of time. After Ben Affleck's sudden (and brief) exit, Robert Pattinson was the latest actor to take the mantle of the Caped Crusader in the Matt Reeves directed reboot.

The latest take on Bruce Wayne began production in January, but were forced to press pause in March due to pandemic precautions. Fortunately, production is slated to resume early next month in the UK.

Aside from a brief suit reveal and an official title logo, many of The Batman's secrets have lived under a veil of secrecy. Scheduled for the main event slot of the inagural DC FanDome, The Batman panel's potential to unearth some classified details looks promising.

Ladies and gentlemen, your main event of the evening: The Batman panel at DC FanDome is here!

The panel kicks off with star Robert Pattinson saying he's "very anxious" to get back to work after pandemic precautions shut down production earlier this year. He teased a "cool surprise" at the very end of the panel.

Director Matt Reeves takes the stage to discuss what drew him to taking on the project, emphasizing that the flawed aspects of Bruce Wayne's personality will take center stage in this "detective" story.

"We're in Year Two, it's the Gotham experiment. What can he do that will finally change this place; he is charting what he's doing and not having any of the affect he wants to have. That's when the murders begin to happen..."

Reeves went on to praise actors Paul Dano and Zoe Kravitz, who will be playing the Riddler and Catwoman, respectively, saying both actors' portrayals will be unlike any other on-screen iterations before them.

Aside from the unique portrayals, Reeves says the villains will be at ground zero with Batman. He says Selena Kyle has yet to become Catwoman, Oswald Cobblepot does not have the mob power he will have, and the Riddler is just emerging for the first time.

Movie will be origin of many of the rogues gallery, says Reeves.

Reeves goes on to emphasize the importance of making Gotham City unique. His goal was to make a city that is unrecognizable from anything that fans would know from the real world.

After being prompted by a fan question, Reeves praised star Robert Pattinson and his acting chops.

"He has the soul to play a Batman unlike any you have ever seen before."

As for developing props and sets, Reeves says it was "well over a year" to create some of the iconic props, such as the Batmobile, the Batcave, and the entire Batman suit.

While it is set in Batman's sophomore season, Reeves specified that this was not an origin story. He wants to "meet him in the middle of this criminological experiment" and see him make those human mistakes. Reeves made sure to note that the detective aspect of Batman will be integral to this film's plot.

For inspirations outside of past Batman flicks, Reeves says he drew from Chinatown, French Connection, and Taxi Driver.

Matt Reeves says that he tried to make THE BATMAN like it would happen in real life, he compares the film to CHINATOWN, TAXI DRIVER & 70s street-grounded films. #DCFanDome pic.twitter.com/qfURooun78

Reeves says they have only shot "25-30 percent" of the movie, but still brought an official first-look teaser trailer.

The trailer emphasizes that detective feel that Reeves stressed throughout the panel. Batman works alongside Jeffrey Wright's Jim Gordon at a crime scene, investigating some cryptic messages left behind. Gotham City is very much still learning who the Batman is, and what his purpose is.

Quick shots of Zoe Kravitz's Selina Kyle follow, as well as some face-painted thugs who hesitantly question who the man in the cowl is. The Dark Knight's cold response is simple: "I am vengeance."

We then get some of that trademark Batman brutality, as he pummels a criminal in a very one-sided encounter. While there is nothing in this particular fight sequence that stretches outside of PG-13. Reeves did not speak at all about what the film would be rated; however, more sequences like this could hint towards an R-rating.

After the title sequence, a not-so-subtle nod to Edward Nygma pops up on-screen, with the release 2021 stylized as ?0?1. Paul Dano's Riddler was notably absent from this footage, so its likely his role will be essential to the plot. 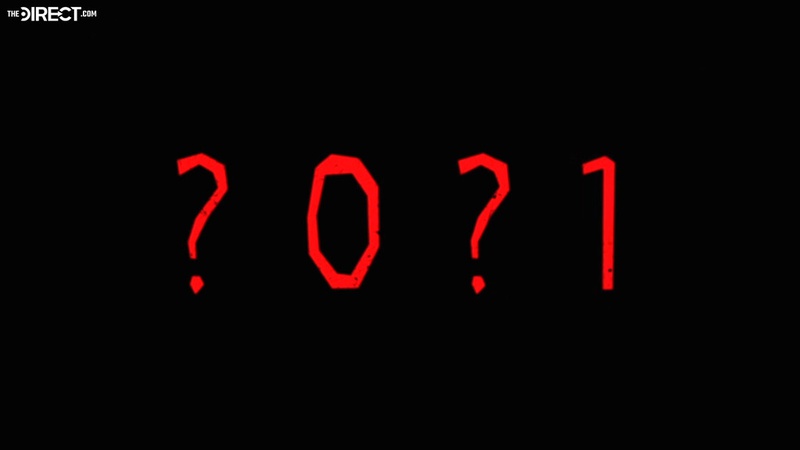 For more in-depth analysis of the new trailer, check out The Direct's article that breaks it all down.

After the footage concluded, Reeves thanked DC FanDome for hosting the special event and said how excited he was to get back to work and to show the world The Batman.

The Batman is scheduled to hit theatres on October 1, 2021.