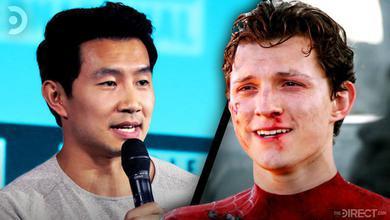 The Black Lives Matter movement has inspired a passionate surge in protests that's lasted almost a full two weeks. The protests have been aimed at elevating long oppressed voices against a police and criminal justice system that has violated the rights of African-Americans for decades.

Social media has been an important part of adding support to the movement, with many people expressing words of moral support, ways to donate to those in need, and petitions that can help.

Some celebrities have used their large followings to help raise awareness for the social cause, and a future Marvel superhero has joined in by using an analogy that many Marvel fans are familiar with.

Actor Simu Liu, star of the upcoming Shang-Chi and the Legend of the Ten Rings, recently took to Twitter to show his support for the Black Lives Matter movement aimed at abolishing and restructuring policing and the criminal justice system. Liu bluntly states:

Just remember, we had to reboot Spiderman a few times to get Tom Holland.

We can reboot the criminal justice system too.

The idea of abolishing the police and developing a new criminal justice system has been a hard concept for many to understand and accept. By comparing the BLM movement's aims with Sony's famous history of rebooting Spider-Man, Simu Liu shows his followers that the concept of starting over because something doesn't work isn't as foreign as many might think.

Saying that it took Sony "a few times to get to Tom Holland" reveals that the actor feels Holland is the perfect version of the iconic Web-Slinger, a version that took Sony a few times to arrive at. His sentiments express that in order to have a better version of the criminal justice system, it will require a willingness to "reboot" how an important part of our society works.

Liu has already previously tweeted his support for the Black Lives Matter movement, and has provided others with ways to learn about and explain the idea of systemic racism, a conversation that he's shared with his own parents. With tweets like this most recent one, it looks as if the future MCU hero will continue to help people understand these important social movements.