In 2018, Variety reported that Marvel Studios had hired Wonder Woman 1984 writer David Callaham to write a screenplay for their first film with an Asian protagonist. The film was said to be centered on the Asian comic book character Shang-Chi, the Master of Kung Fu.

During last year's San Diego Comic-Con, Marvel Studios president Kevin Feige revealed that the film's official title is Shang-Chi and the Legend of the Ten Rings. The film was initially scheduled to release next year on February 12, but due to the coronavirus pandemic, The Walt Disney Company made the decision to push the release back to May 7, 2021.

It was reported by HN Entertainment that Academy Award-nominated costume designer Yee Chung-man had joined the film's production team. Discussing Film has also reported that Gone Girl's Sue Chan will be the film's production designer and that The Matrix cinematographer Bill Pope has signed on as the film's cinematographer. Director Destin Daniel Cretton later confirmed Pope's involvement in the film. IMDB Pro has also revealed that Aquaman's Kym Barrett will serve as the film's costume designer. 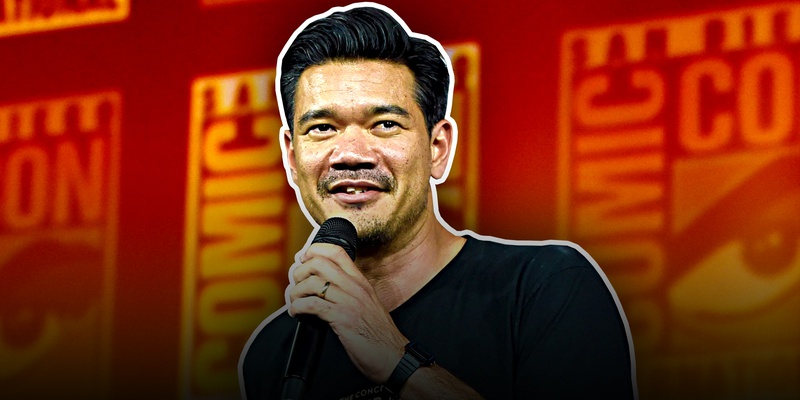 Before SDCC 2019, The Sydney Morning Herald reported that an unknown Marvel Studios movie was scheduled to film at Sydney's Fox Studios in Australia. New South Wales Minister for the Arts Don Harwin later revealed that the unknown Sydney based Marvel Studios production was, in fact, Shang-Chi and the Legend of the Ten Rings.

HN Entertainment reported that the film's working title was Steamboat and that Marvel Studios was considering Hong Kong, and Vietnam as potential shooting locations, which insider Charles Murphy also suggested. HN Entertainment has also reported that a portion of the movie will be filmed within the United States.

In January of this year, Marvel Studios president Kevin Feige revealed that executive producer Jonathan Schwartz was in Australia producing Shang-Chi, which was set to begin production in a few months. Two months later, 7NEWS Australia confirmed that filming had begun with the release of the first official set footage of the film taken from Moore Park in Sydney, Australia.

It is currently unknown when Marvel Studios will resume production on Shang-Chi and the Legend of the Ten Rings. Destin Daniel Cretton has since stated that while there is "nothing" he can talk about, the director did still assure fans that the cast and crew are "definitely going back [to film Shang-Chi], definite plan in place, just dependent."

Marvel Studios president Kevin Feige officially revealed at SDCC 2019 that Kim's Convenience actor Simu Liu had been cast as the titular character. Following actor Ben Kingsley's parody of the leader of the Ten Rings in Iron Man 3, Feige also revealed that actor Tony Leung Chiu-wai will be playing the MCU's real Mandarin. Actress Awkwafina was also cast in an undisclosed role in Shang-Chi and the Legend of the Ten Rings. 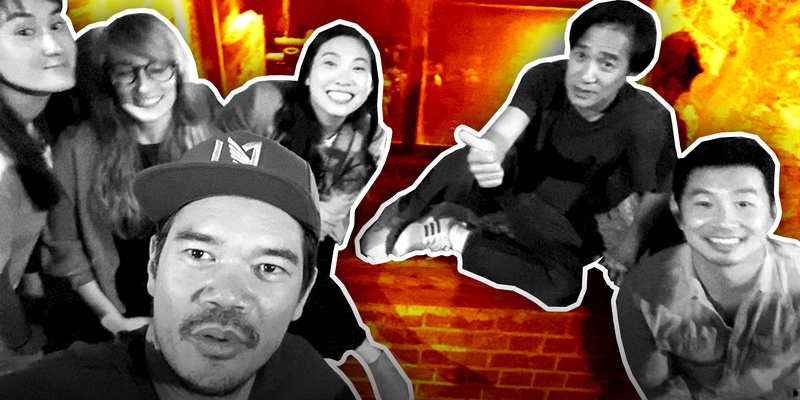 When asked if Captain Marvel actress Brie Larson will reprise her role as Carol Danvers in the film, director Destin Daniel Cretton responded by saying, "I mean, I think there's always room for Brie, but I don't know, we'll see."

Kevin Feige has revealed that "[Marvel Studios] wanted to make [a Shang-Chi movie] a long time, we wanna make a movie with a 98% Asian cast." Director Destin Daniel Cretton has stated that he feels "very privileged to be a part of telling [this] story" and that he is excited to introduce actor Simu Liu's Shang-Chi as an Asian superhero for a new generation, "he's awesome. There's just an undefined thing that when somebody pops, everybody's in agreement, and they're just really excited."

Writer David Callaham's script was said to modernize Shang-Chi and avoid the stereotypes that burdened many of the comic book characters that were created in the early 1970s. Director Destin Daniel Cretton has echoed this statement, “We are not looking to contribute any more to the Asian stereotypes that we have seen both in cinema and pop culture." 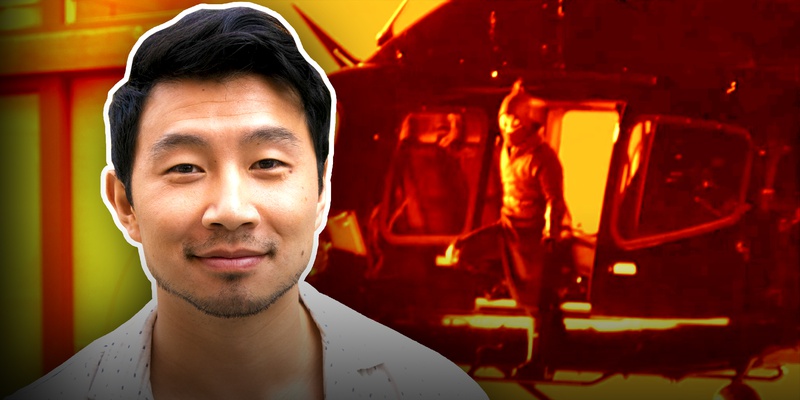 The Shang-Chi director has teased that he is excited to have actor Tony Leung bring "a humanity that we need for [The Mandarin]” as he hopes to show "some different sides to both Asian-Americans and Chinese-Americans and Mainland Chinese characters." Cretton has also stated that "the emotional aspect and the ideas of camaraderie, family, and connection is something that will definitely be a part of [Shang-Chi].”

Marvel Studios president Kevin Feige has teased that "Shang-Chi is going to be so much more than a kung-fu movie, but it has elements of that which we're excited about." Director Destin Daniel Cretton has also said that cinematographer Bill Pope will bring a "really beautiful style, that’s both naturalistic and grounded, but also heightened, in the best way" to what will be the "first Asian/Asian American step into the MCU."

Amateur footage taken from the set of the film has revealed scenes with actor Simu Liu and actress Awkwafina walking up to a “night club/hidden corporation facility.” New footage has also revealed on-set graffiti for the year 2020, which could indicate that Shang-Chi will take place in the year 2020, setting it in between the events of Avengers: Infinity War and Avengers: Endgame. Set footage taken from the set in Sydney, Australia has also revealed a mysterious masked man, hanging out of the side of a helicopter.

According to Discussing Film, a previously released casting call has seemingly suggested that the characters Fah Lo Suee, Clive Reston, and Leiko Wu will be making an appearance in Shang-Chi and the Legend of the Ten Rings. Murphy's Multiverse has also reported this, stating that Black Jack Tarr will be one of the many comic-established agents of MI6, the United Kingdom's Secret Intelligence Service, that will also feature in the film.

MCU Cosmic has reported that another casting call may suggest that the film will see appearances from the villains Moving Shadow, Razor-Fist, Ghostmaker, and Tiger-Claw, during a scene that would involve a "Bloodsport-style underground fight tournament" which Murphy's Multiverse have also suggested. 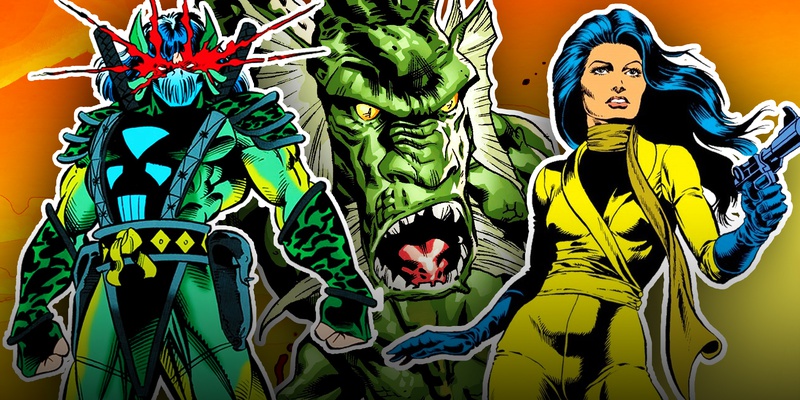 In a now-deleted audition tape, a character that went by the name of Steel Claw, said to be a codename for Tiger-Claw, is seen talking to Shang-Chi. Steel Claw states that he has heard a lot about Shang-Chi, and describes him as “the wonder boy who ran away.” The audition tape ended with Steel Claw sending his troops to track down Shang-Chi. It has been speculated that this could suggest that Shang-Chi has run away from his father, The Mandarin, and that Steel Claw has come to bring the hero back home.

Insider Daniel Richtman has reported that Shang-Chi may introduce the MCU's first mutant with the appearance of the wheelchair-confined mutant, Wiz Kid. Richtman has also reported via his Patreon page that the film will feature an appearance from Fin Fang Foom, an extraterrestrial creature from the comics that resembles a dragon.

Most recently, FandomWire has reported that actress Awkwafina is playing Fah Lo Suee. In the comics, Fah Lo Suee was Shang-Chi’s sister, but FandomWire claims that the MCU's version of this character will be The Mandarin’s daughter, as well as a potential love interest for Shang-Chi in the film. FandomWire has also stated that actor Simu Liu's take on Shang-Chi will have the ability to clone himself while fighting, which results in him being raised in The Mandarin's orphanage for kids that are trained to fight.

In the film, Shang-Chi apparently escapes the orphanage and begins living on the run. The Mandarin eventually finds Shang-Chi during his adult life and offers him a chance. In exchange for money, power, and a promise to stop chasing him, The Mandarin enlists Shang-Chi to fight in an "epic and magical" tournament, where he will attempt to win the powerful 10 Rings for The Mandarin. The tournament scenes are said to feel like a "Marvel-infused Mortal Kombat movie" as these scenes will feature new characters from all corners of the MCU, including wizards, aliens, fighters, and well-known characters from the comics.

FandomWire has also claimed that the film will feature both "The Raid level hand to hand sequences, and more stylized magical fighting sequences over-using [Shang-Chi's] cloning effect." FandomWire has also reported that this film will address how actor Ben Kingsley portrayed a parody of The Mandarin in Iron Man 3.